The Callisto Protocol interview: “there are no rules” with horror 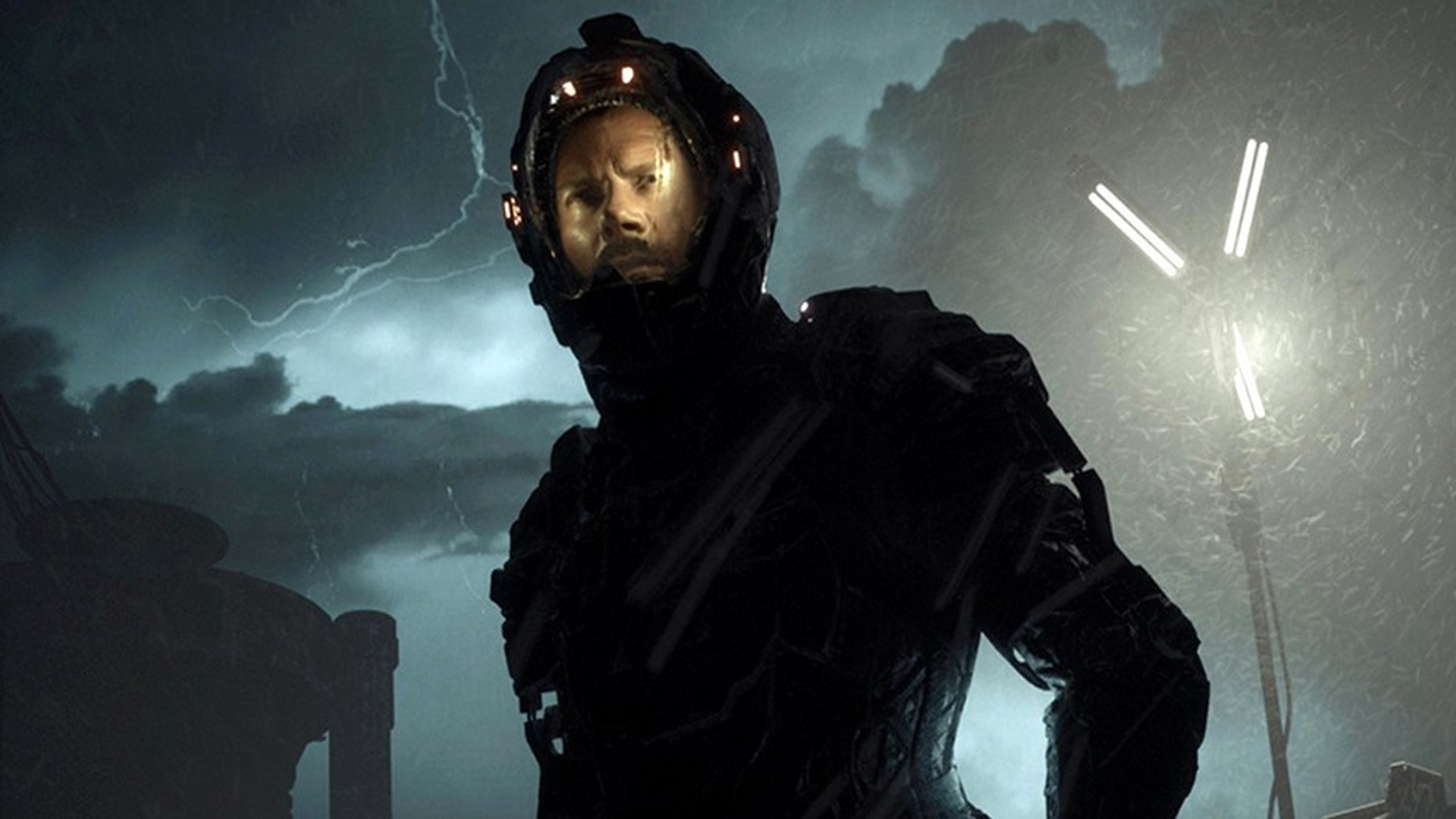 The next big horror game from the creators of Dead Space arrives in December, and developer Striking Distance Studios hopes that The Callisto Protocol will become “the start of a franchise.” Nevertheless, there are still plenty of questions left about the former PUBG spin-off, so PCGamesN spoke to Striking Distance to get some answers.

After impressive gameplay showings at PlayStation State of Play and Summer Game Fest, including the reveal of the awesome gravity gun weapon, anyone looking forward to The Callisto Protocol will undoubtedly want to know more about the scary space game. PCGamesN spoke with Striking Distance chief creative officer Chris Stone – who was the animation director on Dead Space – about the team’s inspirations, why they ditched the PUBG connection, and how The Callisto Protocol improves on Dead Space.

PCGamesN: Are the developers worried about too much of a crossover with the upcoming Dead Space remake?

Chris Stone: I’ve shipped nearly 30 titles in my career, and we’ve always had competition. You can’t worry about it. We just put ourselves in the shoes of the gamer and make the best game we can.

Many of us worked on Dead Space – the game’s creator Glen Schofield, our chief development officer, Steve Papoutsis, and myself. Our art director, lighting director, audio director, and design director all additionally worked on Dead Space. So naturally, our creative fingerprints are all over The Callisto Protocol, and here’s some great news – all those ideas we had years ago on Dead Space that we couldn’t do because the hardware couldn’t keep up? Now we can do them, and it’s amazing!

PCGamesN: Comparisons between the two are understandably easy to make – how does the game push the genre forward and differentiate itself?

CS: We’ve all grown and evolved a lot as game makers and artists in the past ten or fifteen years, and The Callisto Protocol reflects that. There are a million details that set this game apart, but the biggest things that I think players will notice are the combat system and the story and the visuals.

We’ve built a deep combat system that blends up-close-and-personal melee action and long-range gunplay with a gravity weapon called the GRP (‘Grip’) that lets players seamlessly transition between the weapons. Low on ammo? Grab an enemy and pull them close for a devastating blow with the stun baton. Getting mobbed? Throw an enemy across the room and shoot off their legs to get some breathing room. And of course, if you see an environmental hazard, grab the enemy and throw them into it for a grisly instant kill.

We’ve also moved on from a silent protagonist to a deep story with complex characters and incredible performances from Josh Duhamel and Karen Fukuhara. We think players will have a lot of fun uncovering the dark secrets of the United Jupiter Company as they struggle to survive the horrors of Black Iron Prison. 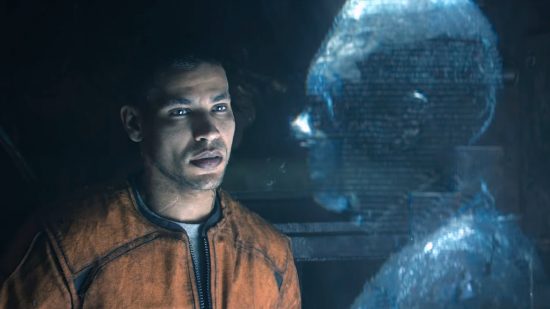 PCGamesN: Does the game take inspiration from any other sources that the devs would like to highlight, including outside videogames?

CS: Games like Silent Hill and Resident Evil are obvious influences, but we also take a lot of inspiration from movies like The Thing and Event Horizon. And more recently we’ve been watching a lot of foreign horror films. There’s some really crazy stuff out there that is pushing the genre into some terrifying places. The French and Koreans in particular are really stepping up their game in the horror genre. On top of that we’ve found ourselves looking at a lot of real life examples of horror and gore. While these were a lot less fun to research, it was some of the most memorable and valuable content when it came to creating realistic visuals and experiences.

PCGamesN: What kind of balance are they hoping to strike between exploration, horror/atmosphere, and combat?

CS: When it comes to making horror games, the only rule is that there are no rules. It’s all about going with your gut. That’s why we think about “horror engineering,” which means mixing and matching a lot of different aspects of what goes into scaring people – atmosphere, tension, brutality, humanity, and helplessness. We mix and match these details to keep players guessing so they never know what’s next. That said, we hope the game delivers a satisfying mix of exploration, atmosphere, and combat.

PCGamesN: What led to the decision to abandon associations with the wider PUBG universe?

CS: When we started working on the game, the story was part of the PUBG Universe timeline. But games change over the course of development. As we worked on the story it grew bigger and bigger until it became clear that it was its own thing. We love PUBG and will still have surprises for fans of the franchise, but The Callisto Protocol is its own story, with its own characters, in its own universe. 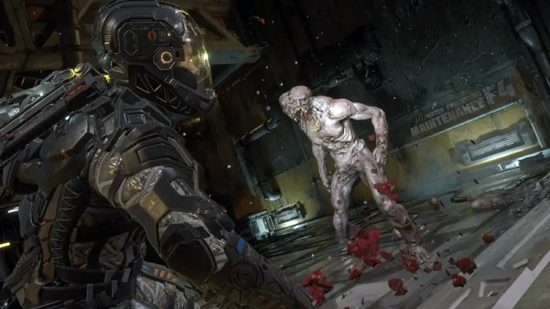 PCGamesN: What kind of level design can we expect – is it linear, linear with backtracking and forking paths, or something more open?

CS: We’re a story-driven survival horror game, so the level design will feel familiar to fans of games like Resident Evil, but we’re creating lots of opportunities for players to go off the beaten path to discover new surprises.

PCGamesN: Will Callisto Protocol make use of any PC-specific features like Nvidia DLSS/Reflex or AMD FSR? Will it feature ray tracing, and if so, what kinds?

CS: We’ll have more to share about specs and PC-specific features as we get closer to launch, but generally yes, we’re looking to support future PC technologies that support the image quality of the game.

PCGamesN: Do the devs envision this as the start of a franchise, and if so, do they already have ideas for where they’d like to take a sequel?

PCGamesN: Summer Game Fest showed several other new entrants in the sci-fi horror space – trends come and go, but this one seems especially sudden and pronounced. Do the devs have any thoughts on the cause of this resurgence?

As a massive fan of sci-fi and horror, I’m personally super excited about all the new games being announced. Trends just kind of ebb and flow, whether that’s in games, movies, tv, shows, or music. We’re just focused on making the game we’re passionate about making. If it’s part of a current trend, all the better! 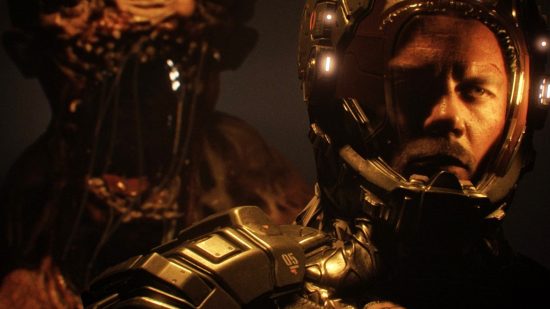 The Callisto Protocol will release on December 2, 2022.

‘Loot’ is a comedy with real bite