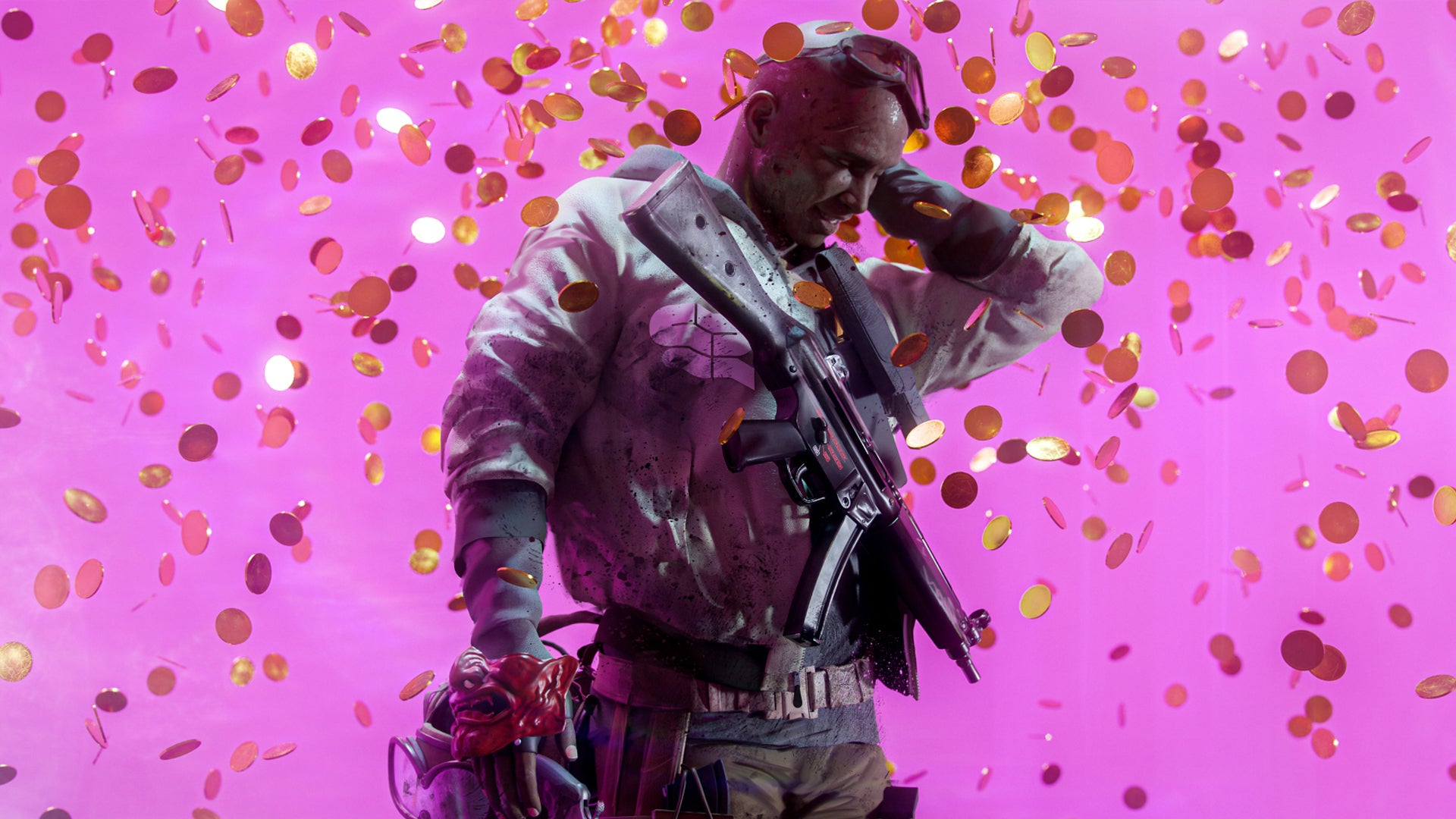 Embark Studios has revealed what looks to be its first game, The Finals, an absolutely chaotic looking first-person shooter.


Revealed earlier this week, The Finals is a squad-based, free-to-play multiplayer shooter with inspiration from films like last year’s breakout hit Squid Game, and dystopian classic The Running Man. The first trailer gives off an impressive first look, with what looks to be completely destructible environments, and enemies that burst into coins when you take them down. And you can already sign up to take part in the game’s playtest, though the closed alpha is only running until tomorrow, October 3.


According to the studio’s creative director Gustav Tilleby, The Finals is “a hero builder, not a hero shooter,” going on to say the team wants “to build a game that provides players with the tools to meaningfully interact, change, and use their world. So, this is a shooter; it’s a game where aiming and shooting is important. But it’s also a game where the players can use the environment, and adapt to changes in the environment” (thanks, Polygon).


Fans of Arkane’s Prey might be happy to spot that there seems to be some kind of weapon that works similarly to the glue gun, allowing you to build quick cover, or platforms to cross over to other buildings.


Standard matches pitch four teams of three against one another, though Tilleby notes that it isn’t a battle royale. Maps are also based on “iconic real world locations,” such as the Hotel Monaco in Monte-Carlo, so let’s hope Embark doesn’t decide to use any culturally important locations as places to sow chaos. Maps will also have differing times of day and weather effects to make each match feel fresh.


Tilleby also explained that all of the destruction runs on the game’s servers, as opposed to the hardware, which is how collapsing a whole building is possible.


If you’ve heard the name Embark Studios before and are thinking to yourself ‘hang on, weren’t they working on a different game’ you’d be right, as it’s made up of former Battlefield devs, and was supposed to release a different game first. ARC Raiders was meant to be the studios first game, but it was delayed into 2023, but The Finals (called Project Discovery at the time of ARC Raider’s delay announcement) “progressed faster” than Embark Studios “first imagined.”