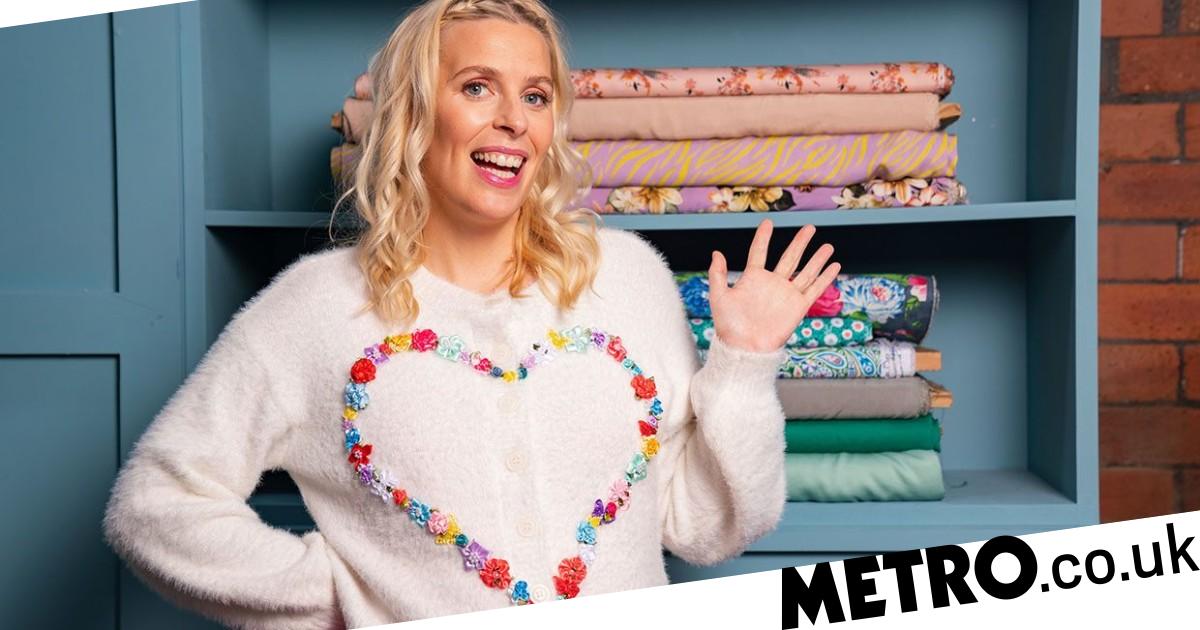 Sara Pascoe has confirmed she will be returning to the Great British Sewing Bee for another series ahead of filming later this year.

The Great British Sewing Bee has been going since 2013 and was originally hosted by Claudia Winkleman for four series before Joe Lycett took over.

It pits talented amateur sewers against each other to be named Britain’s best home sewer through a series of challenges, judged by both Patrick Grant and Esme Young.

Following a three-year hiatus, Sewing Bee made a welcome return in 2019 with Joe at the helm.

Comedian and presenter Sara, 41, was then announced as Joe’s successor after fronting last year’s Christmas specials, and she’s revealed she’ll be back for more.

Chatting to Metro.co.uk ahead of her Success Story tour, she said: ‘We’re doing Sewing Bee in the autumn, that will be just before I go on tour. That’s why I’ve got to get all my tour sorted now!’

She clearly has no sign of waving goodbye to the gig anytime soon, either, as she spoke of how much she loves filming the show.

‘It’s a really, really fun show to film,’ she told us. ‘The production company are very, very lovely people. Some of those shows can be quite hard for their competitors. There are tears and recriminations! But Sewing Bee is really, really respectful.

‘They’re people who are really good at sewing. They have a time constraint, but everyone wants them to succeed.’

Sara went on to note that it ‘doesn’t feel like making a television programme’ because of how lovely the atmosphere is behind-the-scenes.

‘It just feels like watching people sew all the time and getting to know them. Patrick and Esme are lovely to hang around with, we have a bit of a gossip.

‘Patrick knows lots of gossip about celebrity chefs and Esme’s had a really rock and roll lifestyle and has met David Bowie and things! We get to enjoy sitting around chatting to them in between as well.’

Sara’s Success Story tour will be taking up much of her time after filming the next series of Sewing Bee, which sees her delve into all the highs and lows of her life so far.

The star, who gave birth to her first child earlier this year, has recently opened up about her difficult journey through IVF, which actually inspired the name for the string of shows.

She explained: ‘When we were doing IVF, which I know feels like a very serious weighty topic, they kept using the word success a lot. You get these terms, like success rates. It was really thinking about that, in terms of and then getting pregnant and having a baby that then made me reflect a lot on success in my job.

I’d actually never really thought about the beginnings, which really traces all the way back to when I was 14. That’s when I decided that I wanted to be on TV.’

Sara described her hilarious – and very relatable – reasoning for wanting to be on the box.

She said: ’It wasn’t because I was very talented or had an art form I wanted to dedicate myself to I just thought, “Oh, if I’m on TV, then everyone will be really impressed and everyone at school will think I’m very cool!” That’s that was my starting point.’

Tickets for Sara’s Success Story tour can be bought here.

Chilling moment model, 23, ‘predicts’ her own death in video days before body was found stuffed in a suitcase

Lea Michele reached out to Glee co-stars after bullying claims