The Main Cast Of Black Adam & Their Best Movie 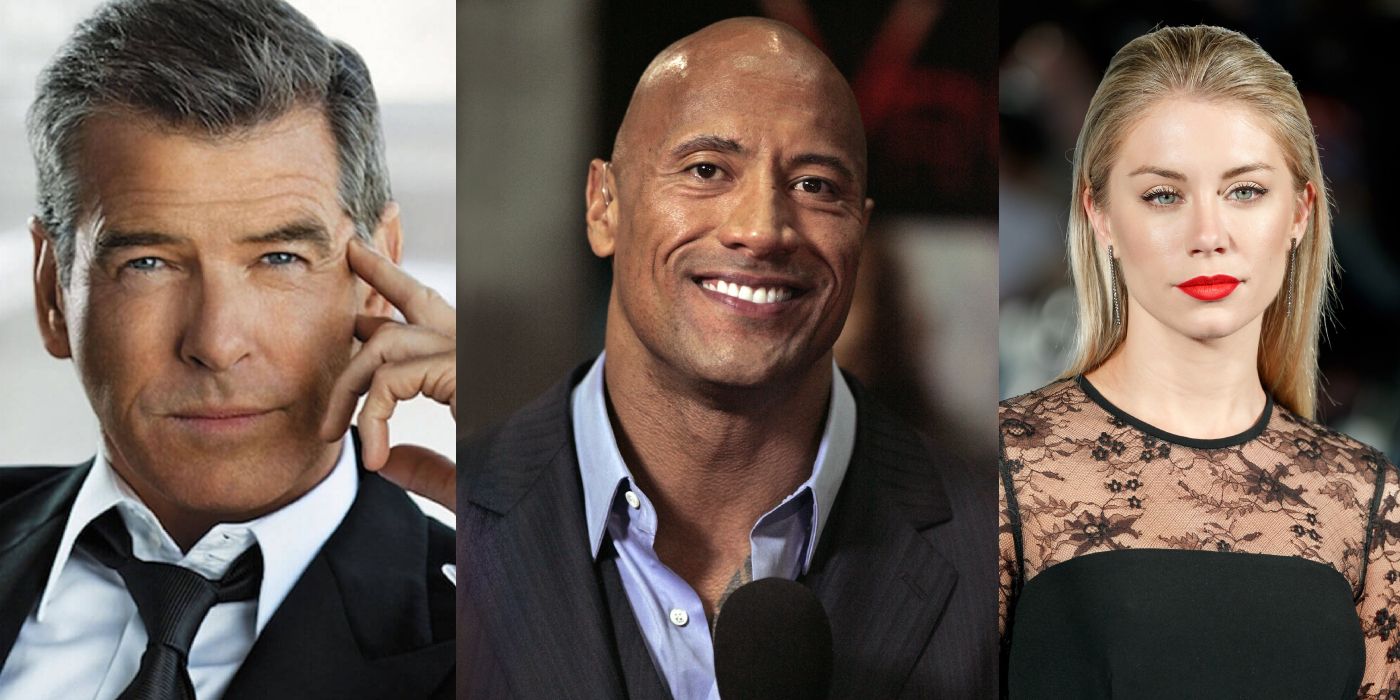 Black Adam is one of the most anticipated movies of the year and is currently set to release this October. Starring Dwayne Johnson as the titular superhero, Black Adam follows the superhuman 5,000 years after he was bestowed with the almighty powers of the Egyptian gods. After being imprisoned, he is freed to unleash his unique form of justice on the modern world.

RELATED: 10 DCEU Movies That Are Nothing Like The Comics

Black Adam‘s full cast has been kept pretty quiet. With the trailer dropping just two weeks ago, fans have been introduced to more of the main characters, including Pierce Brosnan as Doctor Fate. While fans get excited for the release of Black Adam, they can check out other great films that star the cast.

Dwayne ‘The Rock’ Johnson has a vast catalog of roles to his name, including Fast & Furious, Jumanji, Jungle Cruise, and Central Intelligence. Johnson’s best movie is the Disney film Moana where he voiced Maui, a shape-shifting demigod. In one of his tweets, Johnson stated that Maui was partially inspired by his grandfather, wrestler High Chief Peter Maivia.

For Black Adam, Sarah Shahi has been confirmed as Isis, the goddess alter ego of Adrianna Tomaz, Black Adam’s wife. In the comics, she is gifted with the Amulet of Isis, which allows her to transform into the Egyptian goddess. Sarah Shahi has appeared in many TV shows, such as Sex/Life, Person of Interest, and The L Word.

Shahi has also appeared in plenty of films, her best movie role being Sana in the 2008 romance Shades of Ray. In the film, Sana meets and falls for Zachary Levi’s Ray. The pair connect through their common interests and try to navigate a friendship while Ray faces a complicated relationship with his fiancee, Noelle. The two have great on-screen chemistry and Shahi really shines.

5 Noah Centineo (Albert Rothstein) In To All The Boys: PS I Still Love You

Most audiences know Noah Centineo as a Disney Channel star, though he is also best known for his role as Jesus Adams Foster in the final three seasons of The Fosters. Centineo is confirmed to be starring as Albert Rothstein aka Atom Smasher in Black Adam. Centineo has worked in TV, but he’s had plenty of great roles in films.

Noah Centineo has starred in the To All The Boys rom-com trilogy. In the second installment, To All The Boys: PS I Still Love You, he reprises his role as Peter Kavinsky, Lara Jean Covey’s boyfriend. He has great chemistry with his on-screen girlfriend and captures the essence of a teen navigating complicated high school relationships.

Pierce Brosnan is one of the most well-known actors starring in Black Adam. Brosnan is set to appear as Doctor Fate, a powerful sorcerer and agent for the Lords of Order who fights evil with his wife Inza. While still unconfirmed, it’s possible that Doctor Fate will come to blows with Black Adam in the movie, given that Black Adam has questionable methods of doling out justice.

While Brosnan has appeared in dozens of films over the course of his career, he is best known for his tenure as James Bond in GoldenEye, Tomorrow Never Dies, The World Is Not Enough, and Die Another Day. GoldenEye is the best of the four, and it features 007 locating a satellite nuclear weapon in Russia after it was stolen by former agent Alec Trevelyan, who Bond believed was dead.

Quintessa Swindell is set to play the hero Cyclone in Black Adam, the granddaughter of Red Tornado and a member of the Justice Society of America. Swindell is best known for her role as Tabitha Foster in the Netflix teen drama Trinkets but has also appeared in Voyagers and In Treatment. While she has only starred in two movies thus far, her best movie is Granada Nights (2020).

RELATED: 10 Best Movies Starring The Cast Of The Batman

Granada Nights follows a British tourist as he struggles with a broken heart. While dealing with his emotions, Ben (Antonio Aakeel) befriends a group of people. Swindell stars as an energetic backpacker, Amelia, who befriends Ben and convinces him to explore Granada.

Jennifer Holland recently found fame with her portrayal of Emilia Harcourt in the DCEU and will reprise her role in Black Adam. Holland has previously starred as Ashley in American Pie Presents: The Book of Love, but is best known for her role as Harcourt. Her best movie thus far is The Suicide Squad, the sequel to the 2016 movie.

In The Suicide Squad, Harcourt went against Waller’s orders after she threatened to blow up her field operatives and helped Task Force X to destroy Starro the Conqueror and escape the island. Holland is the perfect casting for Emilia Harcourt, as she manages to embody Harcourt’s ruthlessness and her strong morality.

1 Aldis Hodge (Hawkman) In One Night In Miami

Aldis Hodge is another successful actor who has been confirmed to be joining the cast of Black Adam and is set to star as Hawkman. Hodge has appeared in various well-known movies, including Straight Outta Compton and The Invisible Man. However, his best movie is One Night in Miami. Here, he stars as NFL player and civil rights activist Jim Brown.

One Night in Miami follows Cassius Clay as he joins Brown, Sam Cooke, and Malcolm X, and they discuss the responsibility of being successful Black men during the civil rights movement in the 1960s. Hodge expertly portrays Jim Brown and the film became a commercial and critical success.

NEXT: 10 Best Movies Starring The Multiverse Of Madness’ Cast

supreme court: Will CM, govt be never held accountable even if state thrown into circle of pre-meditated riots: Congress