The Most Wholesome Cartoon Characters, Ranked 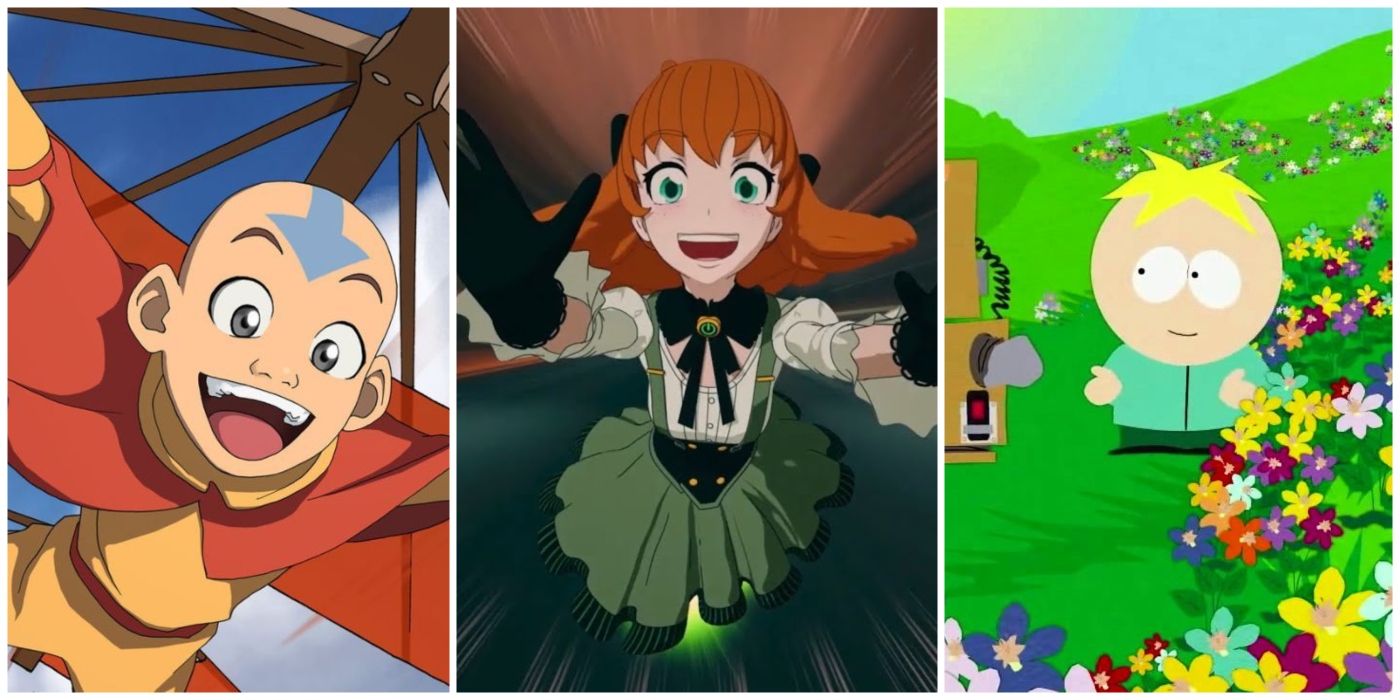 Not all fictional characters have to be so dramatic in order to have an interesting story. Although the characters with a blurred moral code are fascinating to watch, there’s nothing boring about a cartoon character who has a purely wholesome personality.

RELATED: The 10 Most Heroic Characters From 1990s Cartoons

These delightful and honorable animated heroes are often praised by cartoon lovers for their caring nature, their friendliness, how good-natured they are, and how they often try to keep the peace. Throughout their stories, they serve as a true north for viewers’ moral compasses to point to, though even the most wholesome characters have their own flaws and troubles to overcome.

While her twin brother Dipper takes a more logical and practical approach to life, Mabel Pines is more emotional and sociable, with a big emphasis on the sociable part. In Gravity Falls, Mabel is always making new friends and is remarkably serious when it comes to making her friends happy.

Mabel will go above and beyond for the people she loves, at times sacrificing her own happiness for them. Even if someone isn’t her friend, Mabel can’t stand to see someone unhappy and is known for making a commotion just for the sake of a smile.

9 Numbah 3 Is A Ray Of Sunshine

When missions go awry, the main team from Codename: Kids Next Door is grateful to have the support of Numbah 3’s uplifting positivity. Numbah 3, also known as Kuki, is a happy-go-lucky girl with deep maternal instincts and a mild temper that is overshadowed by her affable nature.

RELATED: Top 10 Cartoon Heroes With The Most Blood On Their Hands

As the medical specialist in her division, Kuki is the caretaker of the group, known for her skill in healing animals and showing great emotional support for her friends. Though her temper can grow out of hand on occasion, it never lasts long, and she’s usually back to her normal bubbly self in no time.

8 Bubbles Is The Sweetest Little Crime-Fighter

In the widely popular series The Powerpuff Girls, Bubbles is assumed to be the weakest link because of how innocent and emotionally sensitive she is. Granted, Bubbles is less aggressive than her sisters Blossom and Buttercup, but this adorable crime-fighter has more than just a sweet smile.

Bubbles is just as strong as her sisters, and when she is underestimated or slighted her mad temper makes her a fearsome hero in battle. Aside from her occasional temper, Bubbles is one of the friendliest and sweetest little girls in the City of Townsville.

7 Aang Will Never Forgo His Pacifism

As the protagonist of Avatar: The Last Airbender, Aang is a unique hero in that he hates violence and rarely uses it to solve problems. Aang’s open-minded approach to life and his love of people allows him to give even the worst characters a chance if he sees good in them, as he did with Zuko.

When he’s not being a good-natured hero, Aang is a fun-loving and optimistic boy who is always there to support his friends, even when they’re at their worst. The only time when he has ever really taken his anger out on someone else was when he lost Appa, his flying bison. Fortunately, he returned to his old sweet and upbeat self with the help of his friends.

6 BMO Is The Heroes’ Greatest Support And Friend

With how often Finn and Jake find themselves in trouble throughout Adventure Time, it’s good that they have their friend BMO to balance them out and try to keep everyone safe and happy. Although they aren’t the greatest in a fight, BMO is very protective of their friends and sometimes finds the best way to survive a hostile threat.

Beyond any battlefields, BMO is very kind and can strike up a friendship with just about anyone. They also happen to have the purest imagination, and from that talent, they embark on their own entertaining adventures when Finn and Jake aren’t looking.

Throughout his journey in Steven Universe, the titular hero’s personality is a refreshing blend of compassion and humor, making him one of the most likable characters in any animated series. Steven’s biggest passions are his loved ones and the music he frequently uses to express his feelings.

While Steven Universe trains to become an asset for the Crystal Gems and live up to his mother’s reputation, he gradually builds up the strongest connections with both friends and enemies alike. Of course, there are moments where Steven’s fighting skills make a difference in battle, but what drives him to push forward on his journey is love.

As much as the title character from Courage the Cowardly Dog struggles to deal with anything scary, he’s never one to run away when someone is in need. Although he hates to deal with the creepy happenings that plague his home, he’ll run into danger if it means saving someone he cares about.

This gentle hero is also lovable for doing his utmost to save those he initially finds terrifying, looking beyond what’s on the surface and past his fear to help a new friend.

3 Penny Is Combat-Ready But Cares More About Friendship

When she first appeared in RWBY, Penny was assumed to be an absentminded person. As it turned out, Penny was actually an android with little social experience and self-awareness. When Ruby calls Penny her friend, the android is adorably ecstatic about her first friend, showing how pure of heart she is.

Although Penny is terribly awkward, her heart of gold becomes her defining character trait as she helps her friends with just about any trouble that they’re in. She may look clueless on the outside, but Penny is more prepared for the world than people give her credit for.

Even when faced with the frightening dangers of the unknown, Greg brings a delightful sense of humor and positivity to Over The Garden Wall. The polar opposite of his pessimistic older brother Wort, Greg is always thinking of the possibilities rather than the worst-case scenarios.

RELATED: 5 Ways Over The Garden Wall Is Underrated (& Why It’s Overrated)

Though his ideas can sometimes seem outlandish and childish, Greg’s energetic approach to life keeps the story going and helps to encourage his older brother. As much trouble as he may drag others into, Greg also has the ability and the drive to set things right.

Throughout South Park, there’s no character who has been put through more than Butters. He’s been brutalized, taken advantage of, kidnapped, and not once has he ever complained. In spite of the fact that he’s always dragged into these chaotic scenarios by the same group of kids from school, he never cuts them off or shows any of them ill will.

Butters is by far the nicest character on the show. With a soft-spoken voice and clear anxiety around others, he always does his utmost to help his friends with their misadventures, even though he should know by now that it will get him killed one day.

NEXT: 10 Scariest Villains Who Were Destroyed By Cute Cartoon Heroes