The present and future of the law in college sports 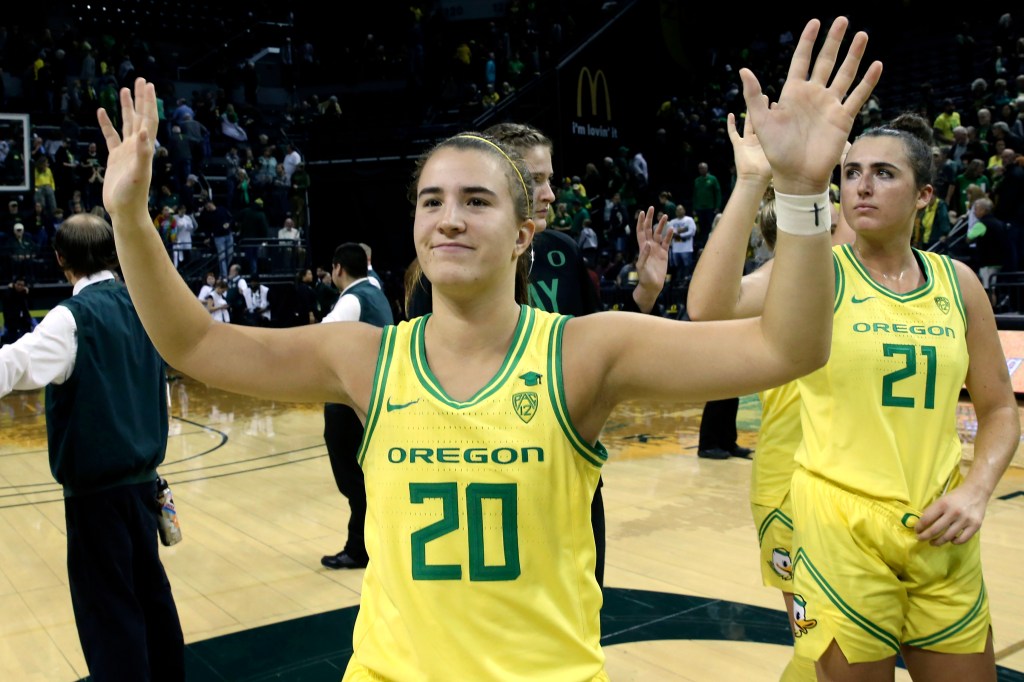 The 50th anniversary of Title IX has sparked celebration and reflection across college sports. For the Hotline, the moment in time offers an opportunity for prognostication, as well.

For all the benefits created by the groundbreaking civil rights legislation, which became the law of the land on June 23, 1972, the next chapter in the evolution of equity is vital, as well.

And it comes as a monumental shift unfolds across college sports:

Name, image and likeness compensation has changed recruiting and the allocation of resources.

The Supreme Court’s ruling on educational benefits could lead to athletes being declared employees.

The NCAA is rewriting its constitution to provide the Power Five with greater autonomy.

More men are coaching women’s sports, while the number of female athletic directors across Division I remains embarrassingly low.

To address the current state and future direction of Title IX, the Hotline reached out to four leaders in college sports:

The interviews were conducted separately and have been tweaked for clarity.

— Title IX has received significant attention lately because of the 50th anniversary. Where is application of the law at the present time?

Gould: I’m excited that there’s so much conversation around the industry. In my lifetime, Title IX is the single biggest game-changer, in and beyond intercollegiate athletics. It has been transformational. The experience I had in the 1970s and 80s is very different from the one girls are having now.

Nevarez: I’m on the NCAA transformation committee, and I keep thinking, ‘Thank goodness for Title IX, but we still have so much work to do.’ Gender equity is called out in the NCAA constitution, and without Title IX, folks wouldn’t be asking about equity. What happened at the 2021 Women’s Final Four shed light on the situation. Just because the NCAA doesn’t receive federal funds, it represents the ecosystem and should comply.

Phillips: There has been progress, and that’s important to remember. Without Title IX, we wouldn’t be where we are. I wouldn’t have my job. I wouldn’t have had a career in coaching. I wouldn’t have gone to college on (a basketball) scholarship. There are thousands of those stories, and the opportunities Title IX has provided, the doors it has opened, are invaluable. I’m grateful for that, and we should celebrate that. But we aren’t done yet.

— What areas of college sports are ripe for additional progress?

Gould: The mindset around opportunity and investment still needs to be changed. Do we want leaders to comply with Title IX because they are legally required to, or do we want them to invest in Title IX because it’s the right thing to do? What’s missing is looking at women’s sports as a product. Whether it’s female student-athletes or the WNBA, we don’t want them to be seen as a charity but as a viable product that — if you build a strategy and make the investment — can become a successful business. It’s difficult to measure the potential because investment hasn’t been happening for very long. We haven’t invested the same way we have for the men’s sports. Think about the Women’s College World Series. What would that look like now if we had invested 30 or 40 years ago?

Cohen: What’s exciting is that women’s sports are more valuable to the consumer because of their growing popularity. If we keep providing more opportunity, they will develop more value and provide more revenue so that we can re-invest. There is so much upside. I look at my sons, who are 17 and 19, and all they have ever known is the amazing female athletes that have been through Washington. And my boys, because they have grown up in that environment and because they have attended or watched games, they see women athletes and women’s sports as valuable. That’s exciting. That’s something to be grateful for. And it’s something that must continue everywhere. Title IX is not a destination. It’s a work in progress.

Phillips: There’s hope from women’s organizations that we can continue to expand and move forward. There is a lot of opportunity for equity, and we aren’t there. Only 23 percent of college athletic directors are female across all NCAA divisions. In Division I, it’s just 14 percent. And in the Power Five, only six out of 65 athletic directors are women. If the leadership is going to reflect the population it serves, that number should be 50 percent.

Cohen: What I’m hopeful for is that if we give women and girls the opportunities to compete and work in sports, that we’ll develop a bigger pipeline. And if there’s a bigger pipeline, we’re more likely to see the leadership numbers grow.

Gould: I get more calls for AD jobs than I did 20 years ago, but the numbers still aren’t great and the mindset still exists of, ‘How can she lead a football program when she never played football?’ It’s getting better, but there’s still so much work to be done in that space.

Nevarez: You hear all the time that you have to know football. It’s an unconscious bias, because plenty of male athletic directors never played football. I know women AD candidates who have been asked what the spread offense is during their interviews. But are they asking male candidates the same thing?

Phillips: We have to keep exposing people to the benefits of women in leadership. We have to show the boards of trustees and the presidents and the people who are behind the curtains influencing the decisions. When there are times of great change, two things happen: People fall into old habits, and people avoid risks. NIL, Alston, the NCAA transformation — all those things create unrest and are unsettling. People turn to something that seems like a sure thing, and in some cases, that’s people who prescribe to the traditional athletic director experience and background. But that’s false thinking. We are here today because of how it’s been done in the past. Now is the time to think differently, hire different leaders and explore a new way of doing things in college sports.

— Are there other areas to enhance equity?

Nevarez: A lot more work must be done with leadership on the campuses and at the Power Five commissioner level. And with officiating, too. College sports is behind in that regard. Men and women officiate women’s sports, but only men officiate men’s sports. The NFL and NBA have already integrated women into their officiating crews.

Gould: The numbers of women in coaching are trending in the wrong direction. Why? I think it’s the lifestyle, and depending on your home situation, it’s not the easiest thing to juggle. Not every athletic department is well equipped to know how to support women’s basketball coaches, for example. Not every school program is chartering. Or bringing nannies. The other piece is that more men are migrating to women’s sports because they’re seeing big contracts for coaching jobs with women’s basketball, soccer, volleyball and softball. A large percentage of coaches in those high-profile sports are men. You look at the demographics of athletic directors making the coaching hires, and you see that there are more qualified men available, and I think that’s part of why we are where we are.

— What’s the biggest obstacle for Title IX in the future?

Phillips: Systemic and longstanding bias towards women in our society. We have to get past our biases, particularly for women playing and leading in sport. These biases impact the enforcement and overall impact of Title IX on many levels – from the revenue models to media rights, and access to opportunities for girls and women to play sports.

Nevarez: The biggest challenge is the political environment. Title IX has stood the test of time, but everything is more politicized. What’s the NCAA going to look like going forward? We need it — the NCAA — to understand the value of all the sports.

Cohen: I started working in college athletics in Division III, and I couldn’t get anyone in Division I to return my calls. I was 27 and saw an ad in the NCAA News for an endowed internship at Texas Tech. I left my job at Puget Sound and moved to Lubbock for the internship. I was the first recipient. It was one of the best years of my life. I met a ton of people, I got a lot of meaningful experience, and that access changed my life. I was hired by Washington to work in development the next year. And that’s Title IX at its finest — my internship would never have happened without Title IX. The great news is that people are more committed than ever to giving opportunities to everyone. The question for all of college sports is, how do we generate the revenue to fund the opportunities? What is the structure of intercollegiate athletics in the future that will allow investment and opportunities for all? That’s where the commitment must stay true.

Support the Hotline: Receive three months of unlimited access for just 99 cents. Yep, that’s 99 cents for 90 days, with the option to cancel anytime. Details are here, and thanks for your support.

*** Pac-12 Hotline is not endorsed or sponsored by the Pac-12 Conference, and the views expressed herein do not necessarily reflect the views of the Conference.

Google is paying the Wikimedia Foundation for better access to information