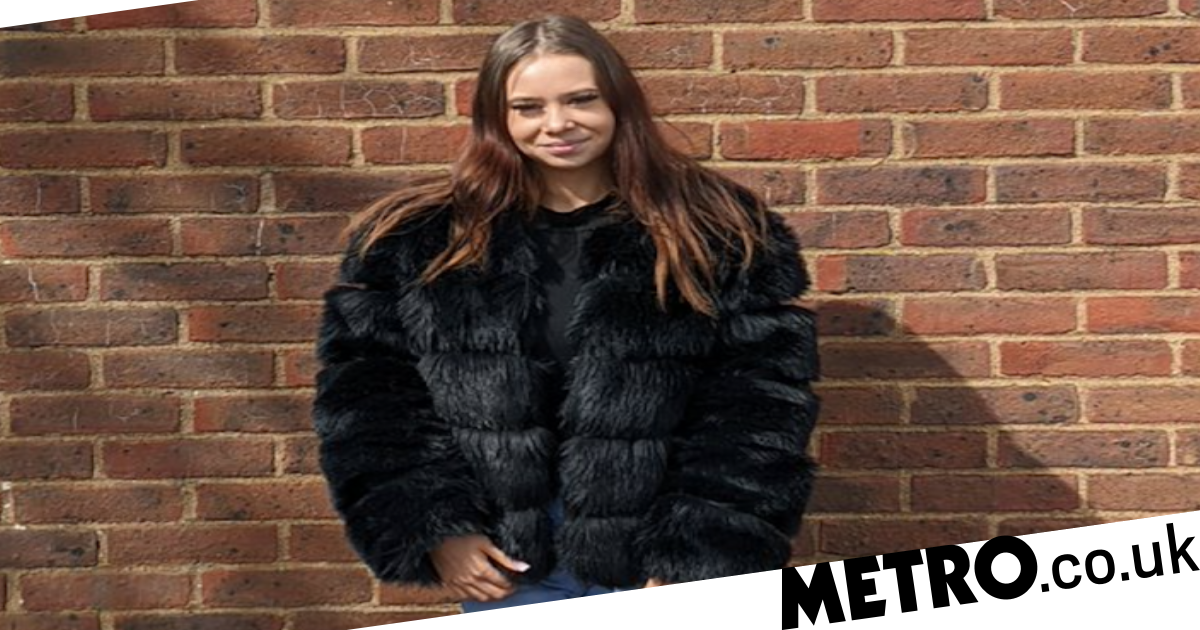 Having been kicked out of two different schools by the time she was 14, Ella Williams couldn’t help but worry what the future held for her.

After being shown the door by a local secondary school in Hemel Hempstead due to her bad behaviour and poor attendance, she knew her prospects were grim.

But Ella wasn’t just a naughty kid looking to disrupt class just for her own enjoyment – a previous bullying incident had instilled a strong social anxiety into her, with the thought of heading into class making her feel deeply afraid.

‘I was so anxious about everything,’ she explains. ‘I didn’t have many friends and it was really scary for me to go to school.’

However, since then Ella has taken incredible steps to turn her life around by attending the Dacorum Education Support Centre (Desc) and enrolling in the Prince’s Trust Achieve Programme, a personal development course that takes a fresh approach to learning, raises self-esteem and results in a professional qualification at the end.

Ella will be attending the glitzy celeb bash, which will be aired on primetime ITV on Thursday, to receive her well-deserved award. The event will be hosted by showbiz stalwarts Ant and Dec, with Prince Charles thought to also be in attendance alongside other stars and popular household names.

‘The Prince’s Trust showed me how important education is,’ she explains. ‘I didn’t really value it until I did their Achieve programme.’

School hadn’t always been difficult for Ella – having been mostly settled at primary school, it was the transition to secondary school she found a struggle.

‘It was just such a big difference,’ she recalls. ‘In primary school, we all knew each other and we all got along, then at secondary school there were just so many other people there.’

Having also been diagnosed with dyslexia, Ella also found the new level of work to be a struggle.

‘I never used to put my hand up in lessons, at all, or ask for help,’ she explains. ‘My teachers didn’t really do anything to help me at the time. I had to deal with it on my own.’

But things took a turn for the worse for Ella midway through Year 7, when a falling out started a spate of nasty bullying.

‘There was lots of horrible name-calling,’ Ella explains. ‘I was being called rat, and people were making fun of my teeth. It made me not want to go to school and just crashed my confidence.

‘I found it difficult to speak to teachers at the time. I did try to talk to them, but all they said to me was that they would try and keep an eye out, and nothing really happened.’

But this wasn’t the only thing that robbed Ella of her confidence. One afternoon, as she made her home from school, she was assaulted. The terrifying situation had a huge impact on the then 12-year-old’s self-esteem and made even the thought of going to school deeply unsettling.

‘I just didn’t want to return,’ she admits. ‘People were trying to make me go back, but when I did try to head to school, I just felt really anxious and uncomfortable.

‘I tried speaking to teachers again, but it felt like nothing was really done to improve or change anything – so I had no choice but to leave.’

Naturally, the incident left Ella scarred, even after moving school – with the teen struggling to adjust to her new routine.

‘The new school did try and help me when I started,’ she explains. ‘They made sure there was support in my lessons and there were people to talk to if I needed someone.

‘My mum was really upset at seeing me like this. No-one seemed able to help me. I was really disruptive, and I just hardly ever went in, and I ended up being kicked out of that school.’

With her schooling history troubled, and her confidence at an all-time low, Ella was at a loss, until she found a place at Desc – a unique facility that offers support and resources for young people who have struggled in mainstream education.

‘Desc was the only school that would take me after my last two schools,’ Ella explains.

It was through The Prince’s Trust Achieve Club at Desc that helped Ella rebuild her self esteem, and gave her the skills and support to progress with her education.

The Achieve Programme, which is aimed at children between 14 to 16, looks also improve attendance and motivation amongst young people who have struggled with heading to school, as well as improving their social skills and behaviour to help participants re-engage with learning.

With units including Teamwork Skills, Digital Skills and Career Planning, the Achieve Programme endeavours to make sure learning is accessible, relevant and attractive to those who struggled to engage in more traditional academic environments.

‘The people at Desc encouraged me to try it, as they thought I’d get a lot out of it,’ Ella says.

‘When I started the modules, we did lots of activities such as team building, which really helped give me a boost and feel at ease.

‘I was so young when all the bullying and trouble at school happened, I just didn’t really deal with it properly. I didn’t talk to anyone about how I was feeling, I just bottled up everything inside from everyone.

‘My teachers at Desc and the Achieve Programme really helped me open up and actually enjoy learning again.’

The supportive environment has also facilitated Ella to get help when it comes to her dyslexia.

‘It can take me some time to process things, but I have so much more support now as there’s a greater understanding around dyslexia,’ she says. ‘I have people who can now help me manage it.

‘I get a person to sit with me in my lessons to go through everything properly with me and make sure I understand what I’m doing.

‘The staff treated me like an adult, rather than like a kid, and I responded better to that. I felt respected.’

Ella’s newfound self-belief has now seen her establish friendships with others on her course, with her attendance at school rocketing up to 90%.

‘It’s nice because we’re all in the same boat,’ she says. ‘We’ve all struggled with our learning, and we can all talk about it because we’re going through the same thing.

‘I now make friends so much more easily. Desc gave me the inner strength to be able to go out, go to the shops and make friends where I really struggled before, due to my anxiety.’

And now, the only way is up for Ella, who is now at college now studying Level 1 Health and Social Care, and ultimately wants to work with children in nurseries.

She has also gone on to enter the world of work – something she knows she simply wouldn’t have been able to do before.

‘I had a Christmas job at Boots, and now I’m working at an inflatable park with kids,’ she says. ‘I was nervous and excited to start work. I like it though, and I like being practical. I love working with little kids, I just think they’re so cute.

‘My mum says I’m a different person, because I’ve really grown in confidence.’

In the future, Ella wants to work with children who have been in similar circumstances to her and thinks more should be done to ensure wellbeing in school environments.

‘I’d say I’m quite driven now,’ she says. ‘I just want to help others now I feel I’m in a better place, personally.’

‘I’m so happy to have won the award. It shows how far I’ve come.’

Metro.co.uk is a media partner for The Prince’s Trust and TK Maxx & Homesense Awards 2022.


MORE : I watched my mum be sectioned repeatedly – Joe Wicks has done a service for those of us with mentally ill parents


MORE : Lock up your children – Hocus Pocus is back and it’s not just for kids


MORE : School dinners ‘are about to get a lot smaller because of rise in food prices’

African violets are a multi-coloured delight