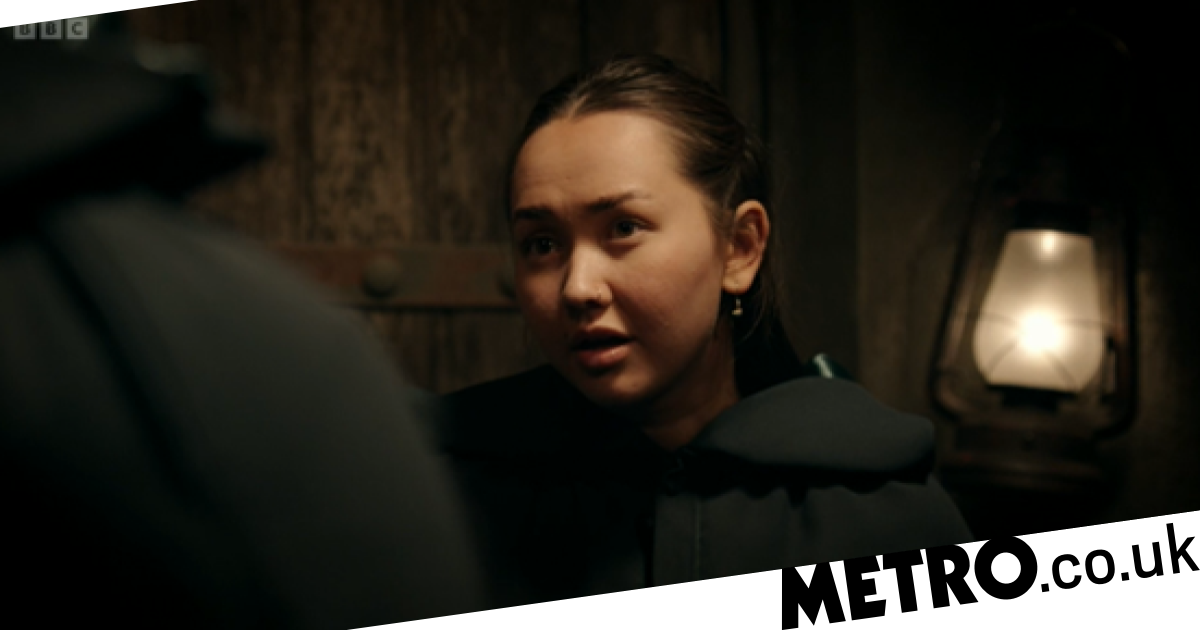 The Traitors star Alyssa Chan has opened up on what it felt like to be ‘blindsided’ by her fellow Traitors on Thursday’s episode, moments before she was banished from the game.

The 21-year-old business student was voted out of Claudia Winkleman’s murder mystery game, losing her chance at winning £120,000.

She was actually the first Traitor to be caught, after Wilfred and Amanda managed to deceive their fellow contestants into believing they were also Faithfuls.

And in shocking scenes last night, it was actually Wilfred who turned on Alyssa, voting for her to be banished and leaving the final vote to Amanda, who had to pick between the two members of her team.

However, in an exclusive chat with Metro.co.uk, Alyssa admitted that it was the right time for her to go, and that she was, in fact, already crumbling.

‘I think going onto the show at the very beginning, the first two days I was like, “It’s a piece of cake, I’m fine, I’m so strong,” and then I just crumbled, and I was putting on a façade of being nervous and shy, and after a few days, I was like, “That’s not a facade, this is me,” and I was just relating to that a lot more.

‘All of the nerves, everything was real, just for different reasons than I portrayed,’ she said, referring to fellow contestants accusing her emotions of being fake as a way to disguise herself from being the real Traitor.

Speaking about the shock of Wilfred voting her out, Alyssa continued: ‘I was quite blindsided by Wilf, by his tactic, other than that, my name had been thrown about, but the night before everyone was going for me anyways, and after I did a good speech, and I’ll pride myself on that, a lot of them changed their minds about me, and the only one who ended up writing down my name was Tom.

‘I’d been put under the magnifying glass which is great because now I had the opportunity to prove myself as a faithful and I think I did exactly that. Multiple people said, “Okay Alyssa you’ve changed my mind.”

‘And then the next day happened and I was a bit shocked, but by day three I knew I had no chance. I was just crumbling.’

She added that watching Amanda and Wilf ‘smashing it’ made her feel as though ‘winning was not on the cards’, as she said she was ‘just there to really last another day.’

Despite Wilfred turning on her and voting her out, Alyssa admitted that she and her fellow Traitors did actually have a ‘pact’.

‘On one of the early days, we said that if the Faithfuls go for a Traitor, then a Traitor should put their name on their board as well to fit in because there’s no point, if one goes then we all go.

‘We made a pact and we were happy with that.’

But when making the pact, Alyssa thought it would actually be Wilfred leaving first, after Maddy’s persistence that he was the real Traitor – although none of the other contestants believed her.

Alyssa continued by telling us how ‘isolated’ she felt as a Traitor, especially after the betrayal.

‘The whole scenario is bizarre, so bizarre. We’re all just normal people who were just thrown into this and it was just the whole thing was really scary.

‘And because of that, you build up these relationships but I think as a Traitor, it’s a witch hunt. It’s so isolating.

‘And as soon as you meet the other Traitors you’re like, they get it too, we’re a team, they feel the guilt, they’re going through it as well.

‘So it’s like I relied on them a lot, it was more like a support system, and I think I worked as more of a team but obviously he had another idea, which I understand it was to protect himself, I do.’

The Traitors continues on Tuesday at 9pm on BBC One.