The true mother of Title IX. And why it matters now more than ever. 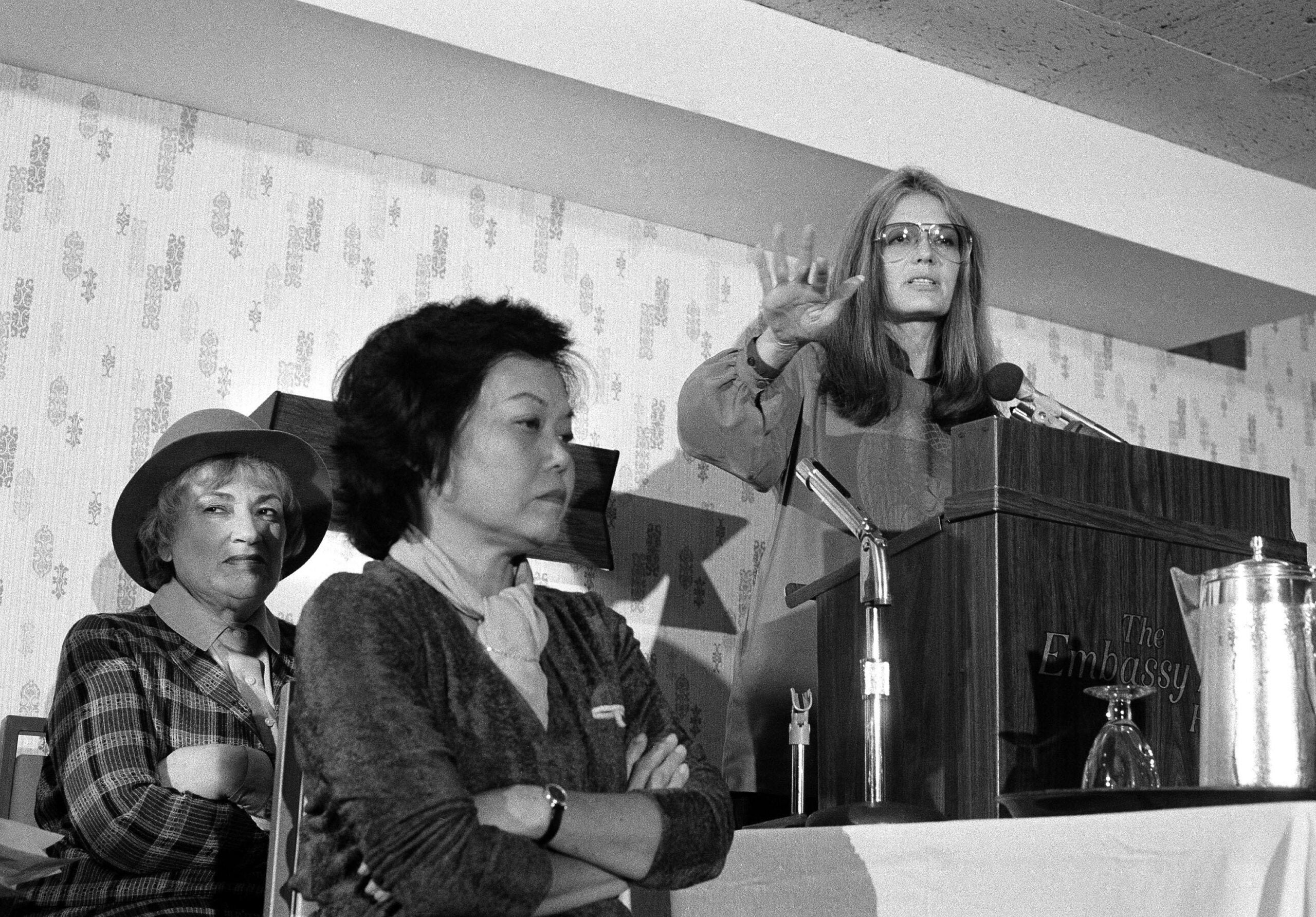 June 23 marks 50 years since Title IX, which prohibits sex discrimination in education, was signed into law. The anniversary has sparked discussion of Rep. Patsy Takemoto Mink, D-Hawaii — the first woman of color elected to Congress in 1964, for whom Title IX was renamed in 2002. In fact, the media often refers to Mink as the “mother” of Title IX.

But while Mink strongly defended Title IX and focused on bringing about equality under the law in her 24 years in the House, she did not actually write the bill or introduce it into Congress. Rep. Edith Green, D-Ore., wrote Title IX and worked tirelessly on Capitol Hill to pass this landmark legislation that has improved the lives of millions of women and girls over the past half-century.

Today, as conservative activists and politicians work to ban the teaching of certain concepts and history related to sex and race, it is important to insist on historical accuracy in our political discussions and remembrances. Mink more fully embraced the feminist and political ideals embedded in Title IX than did Green. But the true story of Green’s involvement reminds us that progress doesn’t only come from the political leaders you’d expect.

Green was well-poised to take on legislation like Title IX by the early 1970s. Before tackling sex discrimination in education, she led an eight-year battle to pass the Equal Pay Act of 1963 — the first legislation of its kind, even if limited in scope by today’s standards. After 15 years in the House, Green became chair of the subcommittee on higher education. She authored or influenced nearly every education bill during her tenure in the House, earning her the nickname “Mrs. Education.”

Green was a champion of sex equality and educational reform, but she seemed to have at least one blind spot on race. By February 1970, when she introduced the first iteration of Title IX, Green was a vocal opponent of court-ordered busing to racially integrate schools. Although Green didn’t see herself as racist, her argument that busing decisions should be left to local control was a favorite of anti-integrationists. Critics alternately referred to her as “the liberal racist,” “the sweetheart of the Southerners” and “the Nixon Democrat.”

Activists from the burgeoning women’s liberation movement in the 1970s knew they had to be pragmatic if they wanted to pass feminist legislation through the overwhelmingly male-dominated Congress. “I close my eyes to her position on everything other than women,” Title IX activist Bernice Sandler wrote of Green to a fellow feminist from the National Organization for Women in October 1970. “That may be a cop-out but if I didn’t do that I couldn’t accomplish very much for women.”

As Title IX was taking shape in the House, Green worked in concert with her main ally in the Senate, Sen. Birch Bayh, D-Ind. A wide variety of feminist activists and fellow legislators guided their efforts by supplying the necessary data and public pressure to move the effort forward.

Several Republican women in Congress, for example, produced a report in December 1969, entitled “A Matter of Simple Justice,” that contained some of the same recommendations that Green, Mink and others later proposed. In the end, although multiple legislators tried to prohibit sex discrimination in education, Green and Bayh succeeded first.

Green introduced her first iteration of Title IX in the 1969-1970 congressional session with no co-sponsors, as one small part (Section 805) of the large Omnibus Postsecondary Education Act of 1970. The bill never made it out of committee, but introducing Section 805 allowed Green to hold the first-ever congressional hearings on sex discrimination in education.

As she had planned, Green resubmitted her omnibus education bill again in 1971, including what would become Title IX. This time she had seven men as co-sponsors. When the bill finally came before the House Committee on Education and Labor in September 1971, Green and Mink were two of only five women on the 37-member committee. Rep. Shirley Chisholm, D-N.Y., the first Black woman in Congress and a very strong advocate for Title IX, was one of the others. Democrats on the committee outnumbered the 16 Republicans. They moved the legislation forward to the full House. Every member of the Committee on Education and Labor, including Mink, was, by default, named as a co-sponsor of Green’s bill. After the House and Senate reconciled differences in their versions of Title IX and other parts of the Education Amendments of 1972, President Richard Nixon signed the bill into law on June 23, 1972.

Opponents began trying to weaken Title IX immediately and continued to do so for decades. From the start, Mink played a key role in defending Title IX and agitating for legislation to bolster it. She began by introducing the Women’s Educational Equity Act (WEEA), a bill drafted by women’s activists to provide federal funding to programs that counter sex bias in education. The House rejected Mink’s bill, but Sen. Walter Mondale, D-Minn., attached a version of the WEEA to the larger Elementary and Secondary Education Act. Mink urged activists to lobby the House-Senate conference committee, which kept WEEA in the bill. WEEA passed in 1974, Green’s last year in Congress, leaving Bayh, Mink, Chisholm and other allies to defend Title IX and WEEA from future attacks.

Mink outlasted them all, returning for a second 12-year stint in Congress during the so-called third wave of the women’s movement in the 1990s. Her visibility as a feminist legislator in that decade – combined with her earlier connections to Title IX and WEEA, and her death during the 30th anniversary year of Title IX in 2002 – moved Congress to rename Title IX the Patsy Takemoto Mink Equal Opportunity in Education Act.

It’s understandable that many people misconstrue this to mean that Title IX was Mink’s creation. And after several people in Congress eulogized Mink as “the mother of Title IX,” the idea became pervasive on the internet.

We should remember, however, that the internet is full of misinformation. This fact underscores the importance of publicly sharing and teaching accurate information backed by the historical record.

We can also learn from how feminist activists worked with Green to pass Title IX, despite misgivings about some of her other positions on issues such as busing. This more accurate history of Title IX is helpful to reflect on in today’s hyperpartisan political environment – where activists and politicians rarely reach out across the aisle or to those who disagree with them on certain issues.

Mink’s politics in the early 1970s may have more fully reflected the political movements and spirit of equality behind Title IX than did Green’s. But a fuller picture of history can sometimes surprise us, especially when the true story of Title IX is compared to the way Congress operates today.

Sherry Boschert is an award-winning journalist and the author of “37 Words: Title IX and Fifty Years of Fighting Sex Discrimination” (2022) and “Plug-in Hybrids: The Cars That Will Recharge America” (2006).

Election Brief: What role will crime play in…