‘The Walk’ takes uneven trip back to Boston’s busing crisis 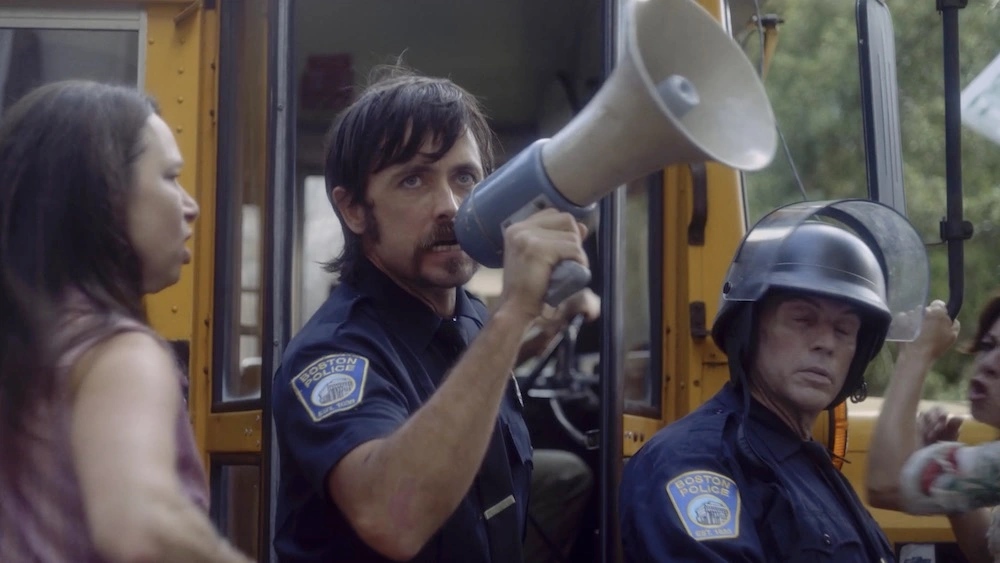 If you can stand the cacophony of Boston accents and the dubious wisdom of making a white Irish-American Boston policeman the hero of this story about race, you may be interested in seeing “The Walk,” a film revisiting Boston’s 1974 busing crisis.

The action occurs for the most part on the eve of the first day of forced busing. Most of the white citizens of Southie object to busing and are depicted as racists. McDowell’s McLaughlin even makes an impassioned case for keeping the neighborhood white (and Irish).The judges and politicians calling for change do not live in the neighborhoods with which they are interfering. The Boston police we see in “The Walk” have long locks and impressive facial hair. Bill, who is described by his wife as “a good Catholic,” is this film’s white savior figure. In one scene, he pays for baby formula to get a Black shoplifter off the look, a bit that feels phony. Someone else observes that “liberal Massachusetts ain’t no better than Confederate Alabama.” Johnny, who served time for murder, is suspected of killing his wife, who has gone missing after being caught with a Black man. Piven sports a 1970s-era Fu Manchu ‘stash and overacts. The racist epithets flow. Kate and the toxic John are like the Romeo and Juliet of some white supremacist organization. He rails on about the Black man who ran off with his beloved “ma” and how women are sexually untrustworthy. Angel-faced Kate, who repeatedly mewls something about her beloved “senior year,” starts sounding just like her boyfriend. John’s newly-released father, meanwhile, sits on his front porch, lining up anachronistic empty cans of Sam Adams. Interiors are decorated with Erin Go Bragh flags and portraits of JFK.

Director Daniel Adams (“The Lightkeepers”) grew up in Boston, cast Sandra Bullock in her first starring role and co-wrote the screenplay with first-timer George Powell. Adams has assembled an impressive cast for “The Walk.” While the drama can be weak and the performances shaky, the subject at the heart of “The Walk” gives it a certain power and resonance, especially in this town.

P.S.: There will be an in-person interview with the writer-director and co-writer moderated by Lisa Simmons of the Roxbury International Film Festival after the Saturday 6:30 pm show.

How to download the MacOS Ventura beta right now