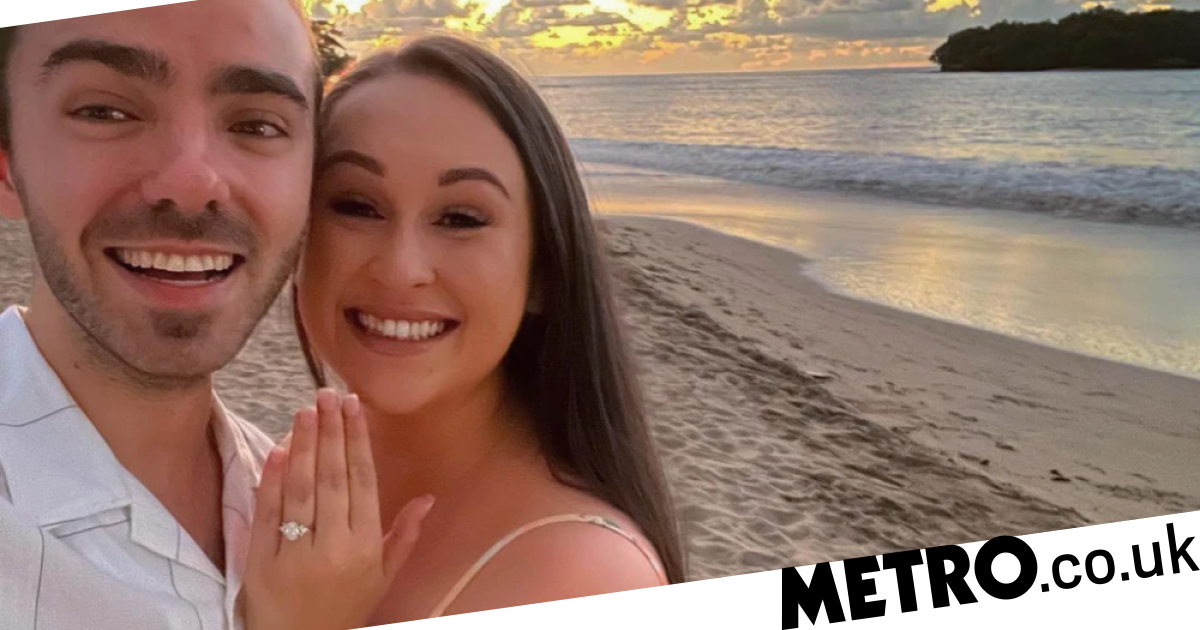 Congratulations are in order for Nathan Sykes!

The Wanted star, 29, has announced his engagement to girlfriend Charlotte Burke, and the couple cannot hide their joy.

Nathan pulled out all the stops with his romantic proposal, as he got down on one knee while on holiday in St. Lucia.

The sweet moment was made all the more beautiful by the fact that the singer chose the exact Caribbean beach his partner’s parents had married on to pop the question.

Sharing their excitement with the world, Nathan shared some snaps to social media, with a smiley Charlotte flashing her sparkling ring to the camera.

A second snap showed the husband and wife to be embracing on the sand.

Nathan wrote on Instagram: ‘A few nights ago I took @_charlotteburke_ to the same beach in Saint Lucia that her parents got married on many years ago to ask her a certain question and … She Said Yes!!!’

Fans were quick to offer their congratulations, with plenty joking about the hearts of their teenage selves now being shattered.

‘Awwww, how is it possible for baby Nath to be engaged? 14 year old me is fuming 🤣 Congratulations to you both!’, one joked.

‘Omggggg I’m so so unbelievably happy for you guys!! ❤️’, wrote another.

‘I bet Tom is smiling up there. Happy for you Nathan, you deserve it’, a fan also wrote.

The Wanted star Tom Parker died aged 33 in March this year, after being diagnosed with a terminal brain tumour.

His wife, Kelsey, has since found love again herself and recently addressed negative comments on how she’s been grieving.

‘People think I should be walking around – I am in a black jacket – but that I should be in black, mourning, wearing my black veil, over my face and not speaking to anyone. But life’s not like that.

‘I’ve learnt through this that you can be so many different emotions in one day but even in five minutes. I could feel sadness, anger, happy, and be laughing, all literally within the space of five minutes,’ Kelsey added on The Happy Place podcast.

Nathan’s band mates were also over the moon for his engagement, with Max George commenting: ‘That’s AMAZING!!!!’

Max later wrote: ‘Congrats to both of you!! ❤️’

Nathan’s engagement makes him yet another Wanted star to make headlines with their love life, as Max, 34, is currently dating Maisie Smith, 21.

The EastEnders actress and Gold Forever hitmaker have shut down critics of their romance, as plenty of people have had things to say over the 13-year age gap.

Max said the age difference ‘never enters my mind’ while Maisie spoke of having friends in their 30s and 40s.


MORE : Harry Styles has lucky escape after terrifying moment fan runs on stage before being tackled to ground by security

These are the fan-favourite ‘Big Brother Titans’…