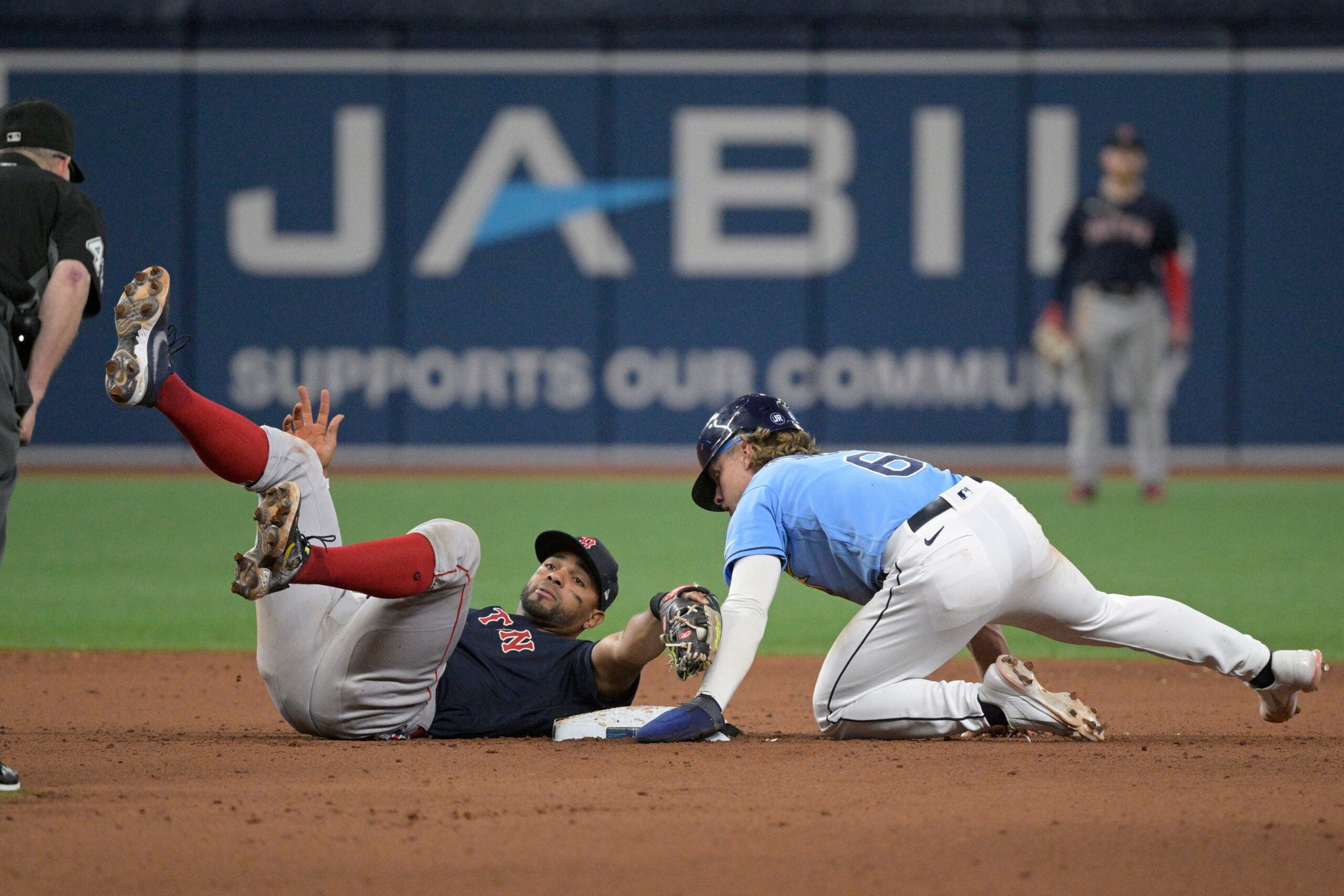 If the trajectory of Saturday’s Red Sox-Rays game felt highly improbable and extremely unique, that’s because it was.

The Red Sox didn’t record a single hit through nine innings, scored two runs in the 10th, then lost, 3-2, on a walk-off, two-run home run from Kevin Kiermaier in the bottom of the frame.

This was the first time in Major League history that a team has lost a no-hit bid in extras and gone on to win in walk-off fashion, per ESPN Stats & Information. The 1995 Montreal Expos and the 1904 Chicago Cubs both won games in which their no-hit bid was broken up in extra innings, but both were the away team.

The Red Sox didn’t muster a single hit against six Rays pitchers through nine, but it didn’t count as a no-hitter because the game was still going.

“It’s challenging, but they’re also all really good,” Red Sox acting manager Will Venable said. “We know our work’s cut out for us when we play these guys. They have a lot of great pitchers that can mix and match and do a lot of different things.”

In the 10th, with Jackie Bradley Jr. starting at second base, Bobby Dalbec tripled to deep right to put the Red Sox ahead, then Christian Vázquez plated Dalbec on a sacrifice fly to left to extend the lead to 2-0.

Then, in classic baseball fashion, the Rays responded as Randy Arozarena scored on a throwing error from Trevor Story and Kiermaier hit a blast off Hansel Robles to win it in thrilling fashion.

“You don’t want to see that go to waste,” Kiermaier told reporters. “They threw great. Both sides did. This is about as good a pitchers’ duel as you can get, each team using six or seven arms. But this is 2022 for you. Nothing is normal anymore.”