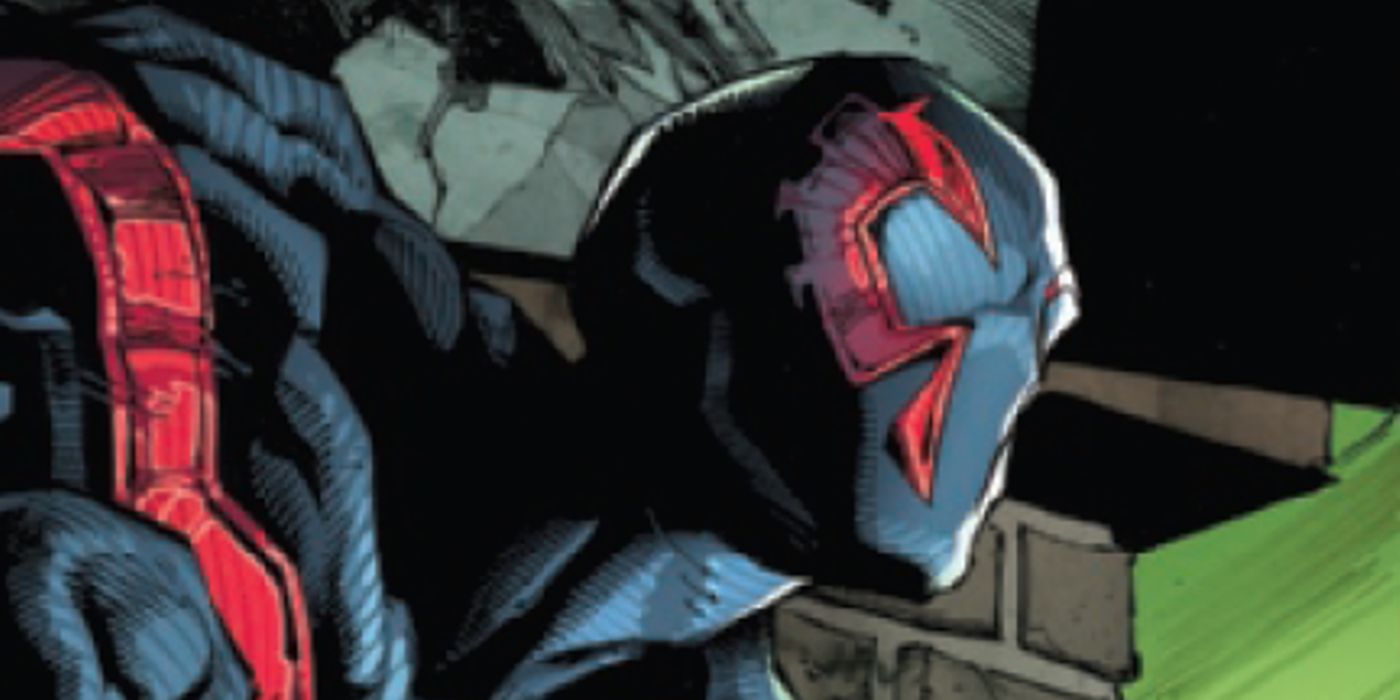 Mutant kind’s most important creation has led to the downfall of one of Marvel’s greatest civilizations, and it could doom everything entirely.

The Marvel Universe has gone through some astounding changes over the years, but few versions of it stand out quite like the world of Spider-Man 2099. While Miguel O’Hara and his allies have been hard at work defending the last bastion of hope from Norman Osborn’s twisted Cabal, even more terrifying threats still lurk just beneath the surface. In fact, it was one of those threats that laid waste to the beaming city once known as Asgard. Even worse, the only reason it was able to in the first place was because of mutant kind’s very own manufactured miracle — Mysterium.

Spider-Man 2099: Exodus (by Steve Orlando, Marco Castiello, Antonio Fabela, and VC’s Joe Carmagna) finds Miguel desperately searching for Loki, the last living Asgardian. Unfortunately, what he finds instead is Valkyrie who explains just what happened to the former God of Mischief. Valkyrie tells him that Loki saved her people when they needed help the most before bringing her to the remains of Asgard to slay the dragon that destroyed it years before. Though they were successful, Loki lost his life in the process of avenging his fallen home, and he never would have had to if it weren’t for the dragon’s use of Mysterium.

RELATED: Green Goblin 2099 Has One of Marvel’s Most Heartbreaking and Confusing Villain Origins

First seen in 2020’s S.W.O.R.D. #1 (by Al Ewing and Valerio Schiti), Mysterium was the result of Abigail Brand’s tireless work towards advancing mutant kind in every way possible. With the help of the Sinister Six, Mysterium was pulled directly from within the White Hot Room, where they and Brand quickly began stockpiling. Capable of conducting electricity without retaining heat and blocking nearly all radiation, Mysterium truly has given the X-Men a leg up on all competition. Of course, some have been wary of its sudden appearance, especially those who are at risk due to its anti-magical properties.

The dragon was created by the Alchemax of the not so far future and imbued with Mysterium. There was little to nothing that the Asgardians could have done to stop its onslaught, with Loki only having survived the first time around because he chose to run. Considering the damage it had done to the world in 2099, not to mention the continued potential it has, it may only be a matter of time before Mysterium takes a more prominent place in the Marvel Universe. Especially if it ends up becoming a weapon sometime much closer to the present.

The X-Men already have plenty of mystical foes to contend with in the modern era, and that won’t be changing anytime soon. With Mysterium in their possession, mutant kind’s heroes at least have an edge against any of their magical opponents. Still, that doesn’t take away from the potential fallout of weaponizing it. If someone other than the X-Men were to get their hands on it and use it to slay mystical beings or deities, mutants would surely bear the brunt of that blame simply by introducing it in the first place.

At best, Krakoa has given itself a way to defend against those who could do it the most harm. At worst, they have manufactured how any and every pantheon could be subjected to horrors beyond comprehension. For a group that has spent so long being the target of systemic abuse, it’s hard to imagine that the X-Men wouldn’t be more wary of the power they now have in their hands. Then again, the facts speak for themselves, and there is no doubt left to be had that mutant kind’s greatest creation will end up being someone else’s biggest problem.

State budgets and economies at risk from increasing interest rates