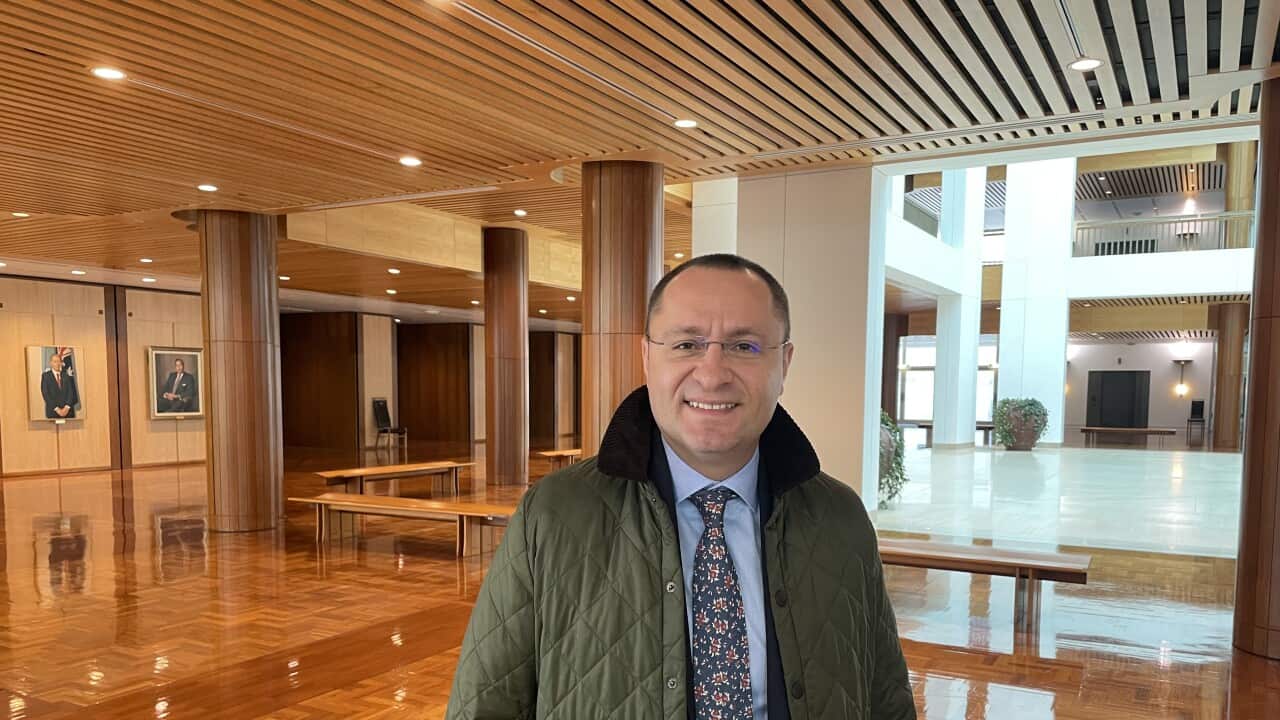 The leaders of the European Union (EU) have voted unanimously to approve Ukraine’s candidacy to become a member of the 27-country bloc, in a move EU President Ursula von der Leyen said showed unity in the face of “Russian imperialism”.
Ukrainian President Volodymyr Zelenskyy said he was grateful for the bloc’s swift approval, tweeting that “Ukraine’s future is within the EU”.
In Ukraine, politics is divided by pro-Europe or pro-Russia stances as opposed to left or right-wing ideology, as witnessed during the .

Mr Zelenskyy was elected for his ambition to help Ukraine join the EU and break free from the Kremlin’s influence on his country’s governance.

But Ukraine is only a candidate, not a member state yet, and there are still hurdles to surpass before Ukrainians join the bloc.

“To unlock the funding from the EU — this is so big you cannot even imagine how happy I am personally as an ambassador of Ukraine.”

Mr Zelenskyy applied for EU membership less than a week after Russia invaded Ukraine on 24 February.
University of South Australia law lecturer Juliette McIntyre said the request to join the EU was not only about economics and security, but also identity.
“For Ukraine the benefits of EU membership are twofold,” Ms McIntyre said.
“First, the same as any other member: benefits such as improved economic stability and growth within the region, and being part of a powerful negotiating bloc. But secondly and probably more importantly in this instance is that EU membership is a tangible sign of a European identity.
“Given the way that Ukraine is and has been perceived as positioned as fighting for the values of Europe, their candidature can be seen as confirmation of this.”
Ms McIntyre said the benefits Ukrainians would see are mainly “easier travel throughout Europe and the economic benefits of being part of the EU system”.

She said as Ukraine is already a member of the Council of Europe and thus the European Court of Human Rights, “not a lot of additional rights in that sense [human rights] will pertain”.

What is the EU?

The European Union is an economic and political union of 27 member states around Europe.
It began in the aftermath of World War Two in 1958 under the name, The European Economic Community, consisting of Belgium, Germany, France, Italy, Luxembourg and the Netherlands.
The goal was and is to prevent conflict between European countries by fostering greater trade and economic interdependence between member states.
Decisions made at the EU level involve the European Parliament, European Council, The Council (also called the Council of the European Union) and the European Commission, which represents the interests of the EU as a whole.

What would Ukrainian membership mean for Russia?

Following Thursday’s vote, Ms von der Leyen said on Twitter: “This decision strengthens us all.”
“It strengthens Ukraine, Moldova and Georgia, in the face of Russian imperialism. And it strengthens the EU,” she said, referring to the bloc’s approval for Moldova’s candidacy and a further step towards Georgia’s.

“Because it shows once again to the world that we are united and strong in the face of external threats.”

Ms McIntyre said that Russian President Vladimir Putin would be less concerned about EU membership than North Atlantic Treaty Organization (NATO) membership. But the candidacy of Ukraine and Moldova, a former Soviet state, and the push for Georgia, the home country of Joseph Stalin, was a symbolic defeat for Russia.
“They’re less concerned about this than NATO, because the EU is predominantly an economic organisation rather than a security one,” Ms McIntyre said.
“However, to the extent that Russia’s war is predicated on Putin’s colonialist goals, ‘returning’ Russian land to Russia, Ukraine’s official candidature has important symbolic ramifications.

“It is further evidence that Ukraine is not a part of Russia.”

Mr Myroshnychenko said EU membership would be one step closer to ending Mr Putin’s regime, which he called an “existential threat”.
“The reason he does not want us to join the EU is that it is a threat to Vladimir Putin because if life in Ukraine becomes better than life in Russia, it is the end of Putin, it is the end of his regime,” Mr Myroshnychenko said.
“Putin is an existential threat — and that’s the reason why he invaded Ukraine — the reason why he has been damaging Ukraine, killing Ukrainian people, trying to erase our identity, targeting civilians deliberately, deporting people, raping women and kids.
“He just cannot give up on Ukraine because he believes Ukraine should belong to the [former] Russian Empire which he’s striving to revive.”
Last week, Mr Putin said he had “nothing against” Ukraine joining the EU.
“We have nothing against it. It’s their sovereign decision to join economic unions or not … It’s their business, the business of the Ukrainian people,” Mr Putin said at the St. Petersburg International Economic Forum.
However, the BBC reported that his spokesperson, Dmitry Peskov, says the Kremlin will give the application “increased attention” because the EU is considering forming its own defence force.

“The military, defence and security components are being discussed,” Mr Peskov said. “We are, of course, observing it all thoroughly.”

What are the barriers Ukraine will face?

While analysts have described Ukraine’s candidacy as a symbolic victory, it is still not a member state, and has to cross off several more steps before becoming one.
The main barriers are the internal conflicts within the country — an assessment made on member state candidates — and economic requirements.
Mr Myroshnychenko said there is still a long way to go before Ukraine becomes a member state of the bloc.
“It is still going to be a long road ahead but this actually starts the process and we continue with other reforms to qualify for the EU membership, to qualify for the Copenhagen criteria — the membership criteria for joining,” Mr Myroshnychenko said.
The Copenhagen criteria require that a state has the institutions to preserve democratic governance and human rights, has a functioning market economy, and accepts the obligations and intent of the EU.

While these requirements may seem difficult for the country to achieve considering the war, the EU’s vote to approve its candidacy may suggest they are willing to overlook certain conditions of entry.

Voting to wrap up in Russia-held areas of Ukraine

8 Simple Yet Crucial Ways to Improve Your Relationship With…

I put my agony down to pregnancy pains – now I might…