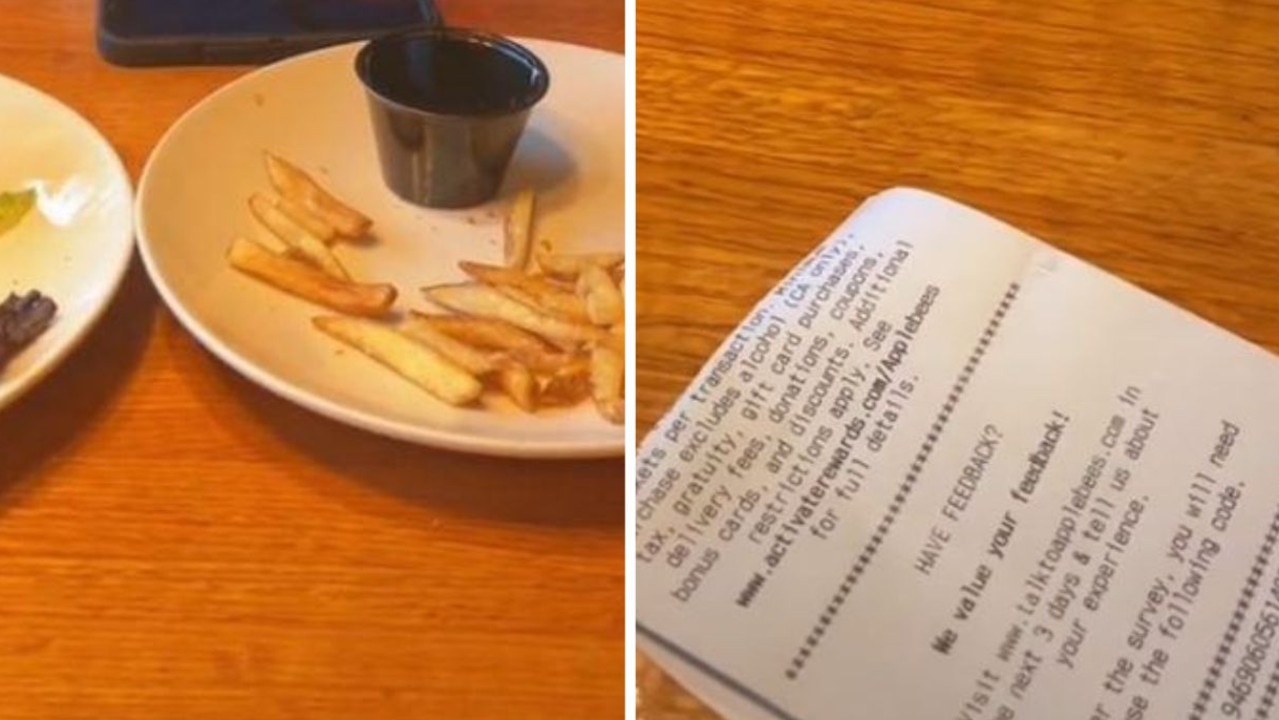 A woman has blasted her date after he refused to pay for her meal after she said no to having sex with him.

So much for that whole “love — and ‘eatin’ good in the neighbourhood’ — don’t cost a thing” myth.

A romantic outing to Applebee’s Grill + Bar, a popular restaurant in the US, went up in flames for a TikToker known virtually as @Alaska.Gurl, who exposed her would-be-Romeo for not paying for her meal after she baulked at sleeping with him.

However, The New York Post has determined that the couple in the now-viral video — which has garnered more than 2.9 million views from hungry online eyes — wasn’t on a first date. The pair appears to actually be in a long-term relationship.

Separate posts featured on Alaska Gurl’s profile suggest that she and her date are embattled lovers — leading some commenters to claim they could have staged the restaurant drama to generate digital mayhem. Either way, it worked.

The clever couple sparked quite the dating debate: Social media is now split on whether the guy’s refusal to foot the bill — unless he got reimbursed in bed — was in bad taste or simply a way to save his money.

“You’re really going to make me pay?” Alaska Gurl is heard asking her date, an unnamed and unshaven man wearing a wrinkled Looney Tunes T-shirt, per footage of their dining disaster.

In the cringeworthy clip, an Applebee’s waiter hands Alaska Gurl and her date two separate bills and notes that he was asked to split the bill according to the food items that each of them ordered.

When Alaska Gurl questioned her date about his last-minute decision to go Dutch, he asked, “Are you going to give me some a**?,” inquiring as to whether she’s willing to have sex once they left the restaurant if he picks up the tab.

To that, she responded with an emphatic, “No,” which prompted the less-than-chivalrous chap to hand over her bill, totaling $42.74 (AU$60)

Adding insult to injury, he said, “Hey, how do you plan on getting home?,” suggesting that he wouldn’t be escorting Alaska Gurl back to her residence and stranding her as a punishment for rebuffing his sexual advances.

After yelling “No,” Alaska Gurl zoomed in on the man’s face and spouted off a warning to his future inamoratas, saying: “You guys, he’s making me pay for my food, because I won’t have sex with him. That’s a sad shame.”

“Look at this man,” she continued. “Don’t ever go out with him. Don’t give him your number. Just f**king run!”

In response, the tight-fisted man leaned towards the camera and said, “[You] hoes are hungry.”

The couple has not responded to The Post’s attempts to reach them for comment.

However, a number of amateur cyber-etiquette commentators agreed with the not-so-gallant guy’s staunch no sex, no treat position.

“King! Men aren’t obligated to pay for y’all meal!! You ate it you pay for it!! Unless he offered to pay it first!” argued one of the man’s digital defenders.

“Who does she think she is, expecting a stranger to pay for her meal and then demand him to take her home?” questioned another, punctuating the comment with a series of laughing emojis. “He ain’t right but she ain’t any better.”

However, others shamed the undistinguished gentlemen for his discourteous behaviour.

‘Moral burnout’ is caused by toxic work environments – but what is it?

Gloves are off as Conor McGregor fights clothing firm in…

Student who died after heart rate spiralled to 240bpm was…