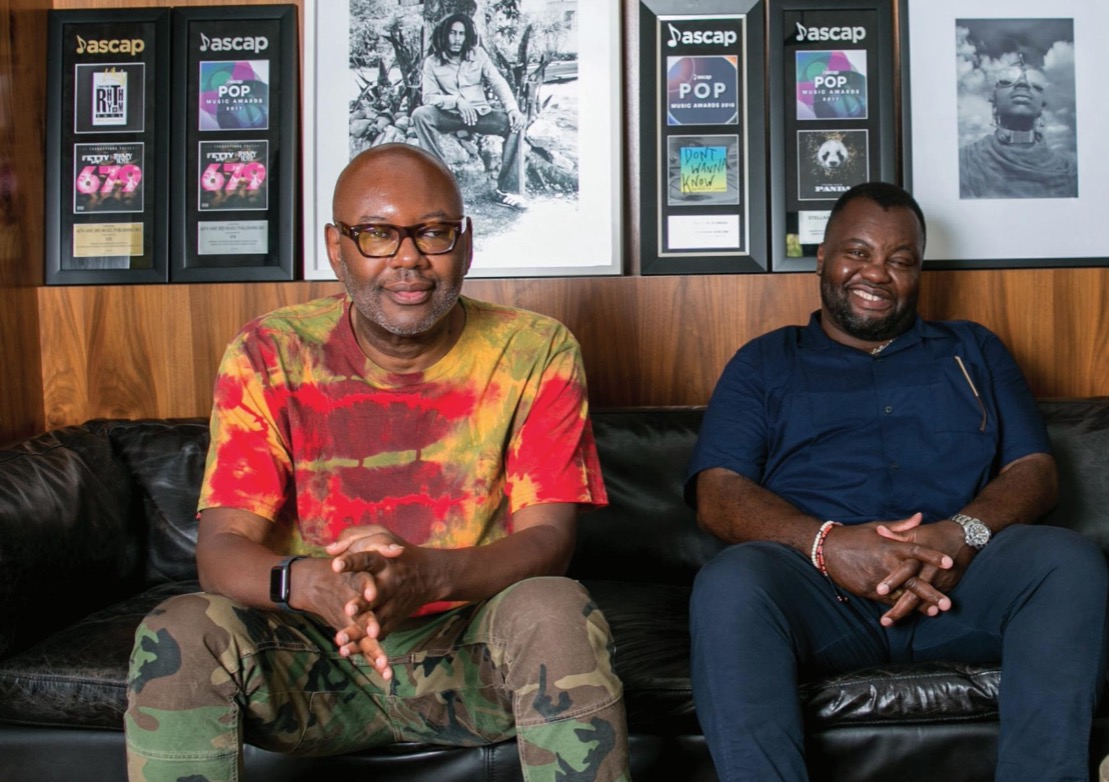 The British government says that The Queen’s Birthday Honours “mark the extraordinary contributions and service of people across the UK”.

Both Tim Blacksmith and Danny D have received MBEs (order of the British Empire) for services to music.

Stellar is home to, amongst others, Charli XCX, Gorgon City, Emeli Sandé and Sam Smith.

On the management side, they look after a hand-picked roster of writers, producers and artists including Grammy-winning production duo Mojam (co-managed with Riki Bleau), and Grammy-winning Stargate, with whom they they’ve worked for over 20 years.

MBW published an interview with Tim Blacksmith and Danny D in 2020, which was conducted by music industry veteran Adrian Sykes. Here’s an excerpt from that interview:

Adrian Sykes: WHEN DID YOU REALISE YOU MIGHT BE ABLE TO MAKE YOUR LIVING AT THIS, DOING SOMETHING YOU LOVED?

Tim Blacksmith: When I signed my first deal with Island Records. Up until that point, I’d been putting out a lot of the records myself. Money wasn’t bad, but it wasn’t life-changing. I created a record with my brother and a friend from school, and it got signed to Island Records by Julian Palmer.

They paid us a really good advance, which we spent on equipment, so that we could record more. That experience lasted for one record. My second experience of realising you could make money through music was when I pressed another record, 5,000 copies, and sold all 5,000 copies on the first day to one person. After which I started getting fax enquiries to license the record across Europe and around the world.

And then things like going to Popcom in Cologne and discovering you could sit there and license all your records in two days. I was 19/20 at the time, and these were pivotal ‘wake-up’ moments for me. The third experience was when we were signed to London Records, by Pete Tong.

With that money we were able to establish a complete recording studio on top of my dad’s shop in Brixton, right in the heart of Coldharbour Lane.

Danny D: I’m from Stonebridge [West London], and for me, it began with a record shop called All Ears Records, which was run by a guy called Andy Sojka. I used to do the family shopping, so every week, I’d walk past, or try to walk past, with all these bags. And every time I’d be drawn in.

My love and enthusiasm for music got me talking to Andy and the other staff. One day they were playing tunes and I was just commenting on the records. Andy turned to me and said, ‘I think we’ve got a young A&R in the building’. I’m like, ‘A&R, what’s that?’

Andy’s mentorship eventually led me to make a couple of tracks with a couple of mates, and then we got the shock of our lives when he said he wanted to sign them – he had a label at the time, Elite Records, which went on to sign Atmosfear and Level 42.

I then met Erskine Thompson [legendary manager, promoter and DJ associated with acts including, amongst others, Maxi Priest, Loose Ends, General Levy and Sly and Robbie], who I suppose is one of the most important figures in my story. He nurtured me, from being a cocky kid – because I definitely was a cocky kid. He knocked a few things out of my system and began to teach me about the music industry at large.

He offered me a job at Hot Licks, doing club promotions, and it was through that I got to know the likes of Peter Edge, Pete Tong, and all the other cats who were around at the time. It was Pete Edge who then offered me a job at Chrysalis Cooltempo. That was my entry point into the major label record system. I lasted a fair while, and I got a lot of mentorship from Pete, and protection, actually, which I didn’t realise until, there was one day at the Ivors…

Our artists had just received four Ivor Novello awards in the afternoon, and all of a sudden I see an old face from Chrysalis Records asking me to go over to the table where the [company’s] old Chairman was. My first response was, ‘Why should I go over there’?

And he says, ‘Oh, no, it’s fine, we’re all celebrating because he’s written this book.’ Well, the thing is, it had already been brought to my attention that I didn’t get a single mention in that book.

And what I’d also realised was that, for all the time I’d worked at Chrysalis Cooltempo, for all the success that myself and Pete had there, the chairman and I had never spoken. Not once. Not once was there a thank you, or a well done. As far as he was concerned, I didn’t exist. That really struck a chord with me. Here’s this guy who I’d made millions for…

DD: Yeah, multi-millions, and it really struck a chord: I’ve done all that, and this guy doesn’t recognise me. So, I actually went over and let him know: ‘I worked for a you for many a year, and this is the first time you’ve decided to say hello, now I’ve got four Ivors in my hands’. And yeah, it put him in an awkward position, but for me it was really important that I let him know, because there’s no way I was the only one who felt like that.Music Business Worldwide

The Best Password Managers for 2022 to Secure Your Accounts