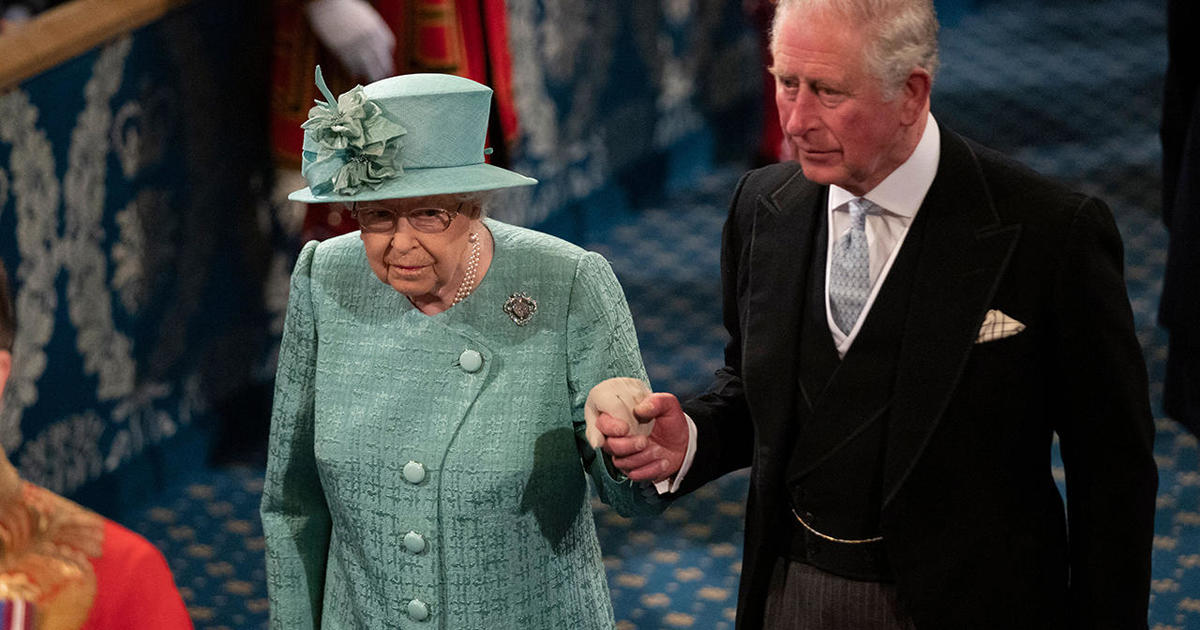 The British royal family is often referred to as “The Firm.” And the firm’s CEO, Queen Elizabeth II, has been in the corner office for seven decades now. With cannon-fire and the release of a recent photo with two of her horses, the Queen celebrated her 96th birthday three days ago, a year after the death of her husband.

“She’s a working great-grandmother, and she loves her job, is the truth,” said Tina Brown, a prominent editor on both sides of the Atlantic, who has long trained her gimlet eye on the royals. “And she’ll keep going ’til the last breath, I really believe it.”

For the queen it is, Brown said, “a higher calling, yes. I mean, she made it to Prince Philip’s memorial, even though she’s really finding herself frail. She simply has this extraordinary ability to make herself do things.”

And as she writes in her new book, “The Palace Papers: Inside the House of Windsor – The Truth and the Turmoil” (Crown), “Smiling through maximum discomfort is their most priceless skill.”

Brown’s latest book chronicles the last quarter-century, one of the most difficult and at times scandalous in the history of the monarchy, now set for more upheaval.

Correspondent Mo Rocca asked, “The transition from Queen Elizabeth to King Charles – how is that gonna go?”

The queen is a monarch, but she’s not immortal. One day, before too long, her son Charles will ascend to the throne. “We’re going from a 96-year-old CEO to a 72-year-old successor, who everybody knows a great deal about, probably too much about. I mean, there’s no mystique to Charles, that’s for sure.”

The world has endlessly dissected Charles’ unhappy marriage to Princess Diana (killed in a Paris car crash in 1997), and his eventual wedding eight years later to the woman he’d been closest to most of his life, Camilla Parker-Bowles.

Rocca said, “I was at lunch a few years ago, and I just casually mentioned that I kind of like Camilla. And my friend’s mother, she, like, shot darts at me and said, ‘How dare you say that about that woman!'”

“Yeah, no, I’m sure,” said Brown. “There are people who still feel strongly about that. But the irony is really, I mean, this was the great love of Charles’ life, always has been. And she’s gone from being this hated figure to being actually quite beloved. And the queen very recently declared that she wanted to see Camilla become queen, which had always been somewhat in the balance: Was Camilla going to get the title of queen?”

“Will she be known as Queen Camilla?”

“She will be known now as Queen Camilla, which was in a way a brilliant piece of estate planning of the queen.”

And after King Charles and Queen Camilla? Charles’ son William … then William’s kids … then his brother, Harry. Although Harry basically took himself out of the picture after broadcasting his unhappiness with the family and decamping to California with his wife, Meghan Markle. The Queen left no doubt about their status after what’s been dubbed “Megxit.”

“The terms of the exit were harsh,” said Brown. “They didn’t get anything they wanted, actually. They didn’t even get to keep the ‘Royal’ Tina Brown on Britain’s royals: “It’s a great family saga”. Harry was not allowed to keep any of his military honors. I mean, it was, frankly lethal what happened.”

“Because there’s no halfway?”

“There’s no halfway. And in fact, there was one phrase which really stuck out to me when it said that they would continue to, quote, ‘Collaborate with the queen on projects.’ And the queen doesn’t collaborate. She’s not a co-executive producer of a TV show, okay? She commands, right? And you better remember it. And she did! She said, ‘Unh-uh. No.’ She doesn’t do partnerships!”

Harry’s estrangement also means there’s no partnership between the two princes, who have gone through so much together.

“Harry, for William, was the person who kept him grounded, who could have fun with him, who could make fun of him, you know?” Brown said. “Because when you are the future king, no matter how normal you try to make your life, everybody’s talking to you as the future king. Only your younger brother can really tease you. Only your younger brother can take you down when you’re pompous, you know? I’m told that William is very grievously sad to have lost that.”

“Of all the multiple estrangements, this seems like the saddest one,” said Rocca.

The British monarchy has endured since the ninth century. The latest crowd might sometimes be a royal pain, but maybe that helps explain why the British just can’t quit them.

Said Brown, “It’s a great family saga, because, you know, the monarchy’s an institution built on human beings who are members of a family. And they will always be, you know, the prodigal sons, and the miscreants, and the sort of lovelorn ones. They are fallible. Some are better at it than others. And they come up against the hard realities of the crown.”

READ AN EXCERPT: Tina Brown on the House of Windsor in “The Palace Papers”

From Amul to AAI and Intelligence Bureau, Jobs to Apply for This Week