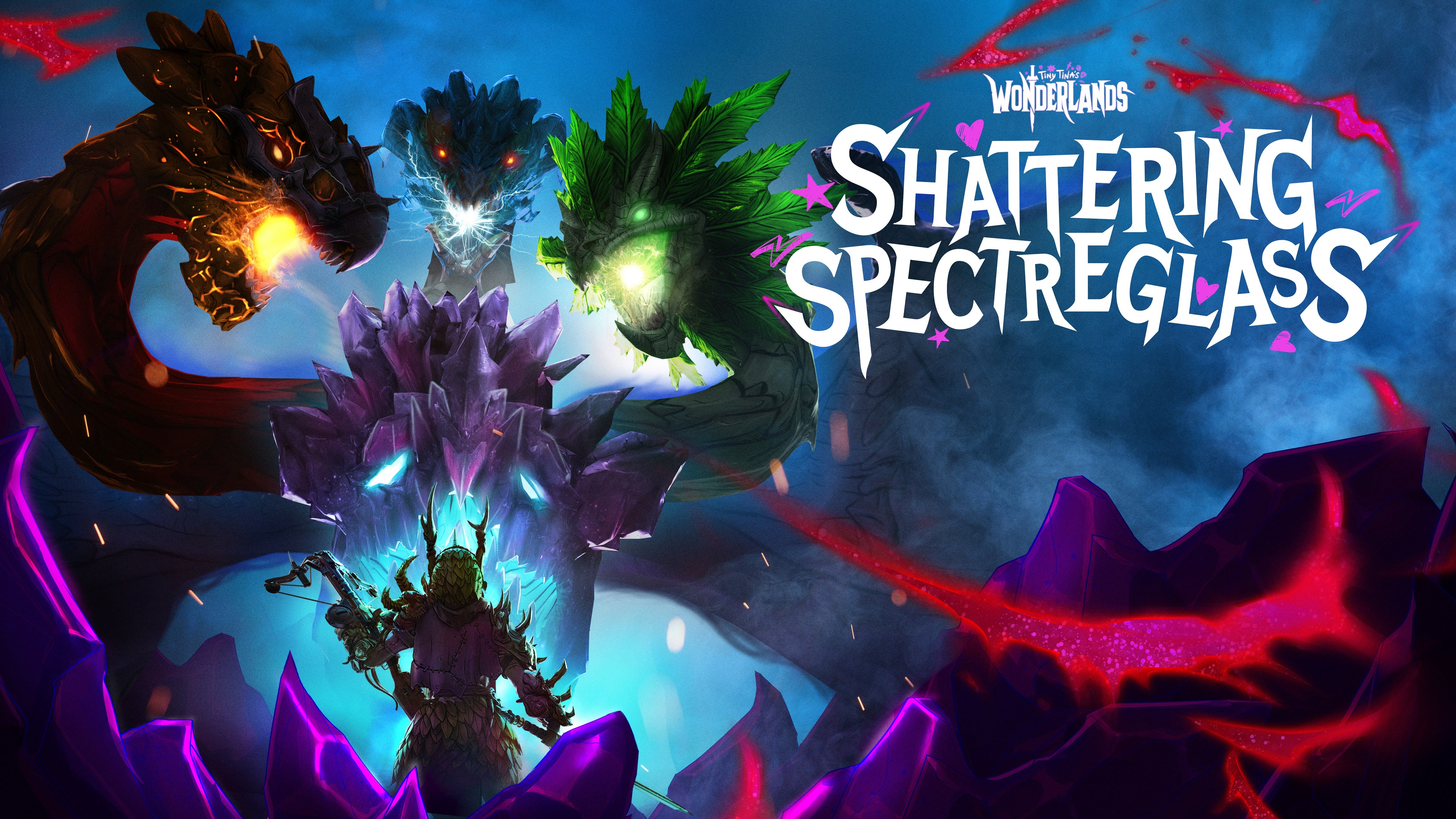 Available for no extra cost for those who already own the season pass – and to buy separately for those who don’t – Shattering Spectreglass ushers in the all-new Blightcaller class which “allows players to harness the noxious essence of swamps with potent precision, alongside new ways to customise your Fatemaker, including an all-new voice”.

“Shattering Spectreglass begins in Dreamveil Overlook, where players will face Vesper’s most personal Mirror of Mystery yet,” 2K explains. “Shattering Spectreglass offers a window into Vesper’s memories, which are plagued by visions of Redmourne the Trivern, a mighty beast that can grow multiple heads and feeds on fear, siphoning his power from lost souls. Bringing down this winged behemoth once and for all is the only way to help Vesper escape her past.”

As for the new boss? That’s Redmourne the Trivern, who can “recoup and regenerate his element-spewing heads”. Your Legendary gear will get better every time you return to take on each progressively tougher version of it, and includes “a wide array of fresh cosmetics”.

Complete Shattering Spectreglass, and you’ll get access to four unique level layouts and Redmourne, which will “expand the myriad of combinations for your randomised dungeon”.

As Matt so perfectly summarised, released on Epic, PlayStation, and Xbox in March, Tiny Tina’s Wonderlands takes the tabletop-inspired action of Borderlands 2’s much-loved DLC episode Tiny Tina’s Assault on Dragon Keep and spins it out into a full-sized game of first-person fantasy adventuring.

“It’s Ashly Burch’s character of Tiny Tina that sums it up best,” said Eurogamer’s Chris Tapsell in his review back in March. “That’s really all this game is. Something scrappy, irritating, giving the impression of something stitched together on the fly – but at least it’s still earnestly, chaotically, relentlessly upbeat as it dutifully scrambles along.”

Tiny Tina’s Wonderlands will be available as both a Standard Edition and Chaotic Great Edition on Steam after the game exited its Epic Games Store exclusivity period.

Abortion-rights backers shouldn’t have put Prop. 1 on the ballot