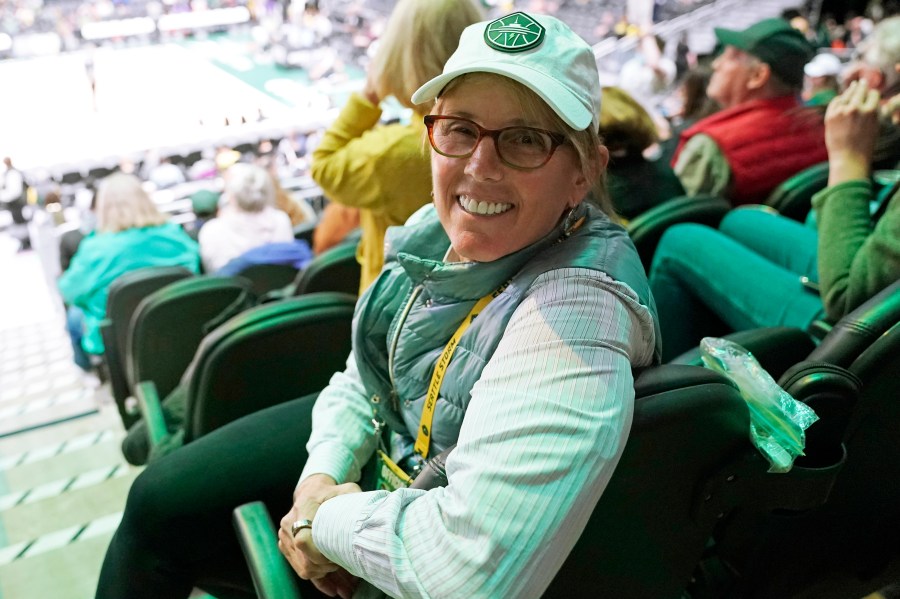 SEATTLE (AP) — Ginny Gilder wasn’t well versed on what Title IX meant until she was a freshman at Yale, competing for the rowing team and taking part in one of the most famous protests surrounding the law.

The co-owner of the WNBA’s Seattle Storm was right in the middle of the “Yale Strip-In” in 1976 to protest inequities in the treatment of men and women rowers at the school.

“What happened for me personally, I always say … the experience radicalized me,” Gilder said. “Because I grew up in New York City, Upper East Side. I was a Park Avenue, private school girl. I mean, you want to talk privilege, that would be me. So it was the first time I ever experienced discrimination.”

As Title IX marks its 50th anniversary this year, Gilder is one of countless women who benefited from the enactment and execution of the law and translated those opportunities into becoming leaders in their professional careers.

Participating in that demonstration ignited a drive in Gilder. It helped propel her to become an Olympic silver medalist in rowing at the 1984 Los Angeles Games. It helped her build a successful business career as an investor and philanthropist. It also helped Gilder accept her sexuality in the late 1990s.

She is now part of the ownership group that purchased the Storm in 2008 and kept the franchise stable in its hometown.

“I think a lot of what I learned in the business world is you got to go for what you want, and not what you want, like in a personal way, but in terms of what your vision is for the world and for the change you want to make,” Gilder said. “And certainly that was an experience that I learned from becoming an athlete.

“But it really was an experience I learned from that protest,” Gilder added. “That you got to push if you’re not happy, you’re not satisfied with how things are. You got to get out there and roll up your sleeves.”

Gail Koziara Boudreaux also has used her competitive drive to succeed off the basketball court.

The career scoring and rebounding leader at Dartmouth has been president and CEO of Anthem, Inc. since 2017.

Boudreaux, a three-time Ivy League Player of the Year and a four-time Ivy League shot put champ, said historically there has not been a lot of female CEOs — and of those who have, she said quite a few have been former athletes.

“If you look at many of us, we do have sports backgrounds at various levels,” Boudreaux said. “And I think it feeds into the competitiveness and our fearlessness about taking challenges on and not being afraid to step in, you know, step in and play the game.”

Thanks to Title IX providing more women with opportunities as a result of the growth in participation at every level — from youth sports to college, Boudreaux believes the number of female CEOs will inevitably increase and level the corporate playing field. It’s one reason Boudreaux endowed a coaching position at her alma mater along with her company investing.

“I think it’s important for us to give back to things that helped us pay it forward and also to be an important, socially responsible company in the community,” Boudreaux said.

Jacqie McWilliams knows firsthand what doors can be opened when someone is given an opportunity.

She is the first Black female commissioner of the Central Intercollegiate Athletic Association. McWilliams also has been on the NCAA Gender Equity Task Force since 2016. Previously, she spent nine years managing NCAA championships.

McWilliams was a conference player of the year in both basketball and volleyball at Hampton. She sees a responsibility to give back to the pipeline that gave her so much.

“As a commissioner,” McWilliams said, “I have access to a whole lot of things, a platform in a position of power that I think it’s quite humbling that I do have a place that I can bring others forward, that I can advocate in rooms that some may not ever get into, even as a Black female.”

McWilliams and others have fought many battles along the way and understand there is still much progress that needs to be made. Fighting for that equality has taken on different forms over the past 50 years.

McWilliams cited the social media posts that pointed out the equity issues at the 2021 NCAA Tournaments.

“I don’t think there’s a time now that we can no longer invest … in the same way that we’ve done in the past,” McWilliams said.

For Gilder, that has meant putting her passion into trying to make the WNBA a thriving enterprise, both with the team she co-owns and throughout the league as a whole. She is also an advocate for growth and change within her league.

“There is a huge acknowledgement that the WNBA, and certainly the Storm, offer an authentic expression for any human or company that cares about diversity, equity (and) inclusion,” Gilder said. “We wouldn’t exist as a league without Title IX. It’s authentic to us to advocate for social change.

“That’s not something we do in our spare time,” she added. “That’s who we are, and the culture has kind of shifted a little to support that and acknowledge how important it is.”

But Gilder notes that bias is still prevalent in society. She said while it’s not as overt as it once was prior to the enactment of the law, it’s such that there needs to be a continued push for equity.

“You have to normalize how people think about things and that is one by one,” Gilder said. “But you do it one by one enough, it starts to become a wave. It’s like any kind of change. And at certain point, things just start flipping over and what seemed like a radical idea is accepted as the status quo.”

LeBron James Has Triple-Double in Lakers 129-123 Victory Over Knicks, Moves Into 4th…