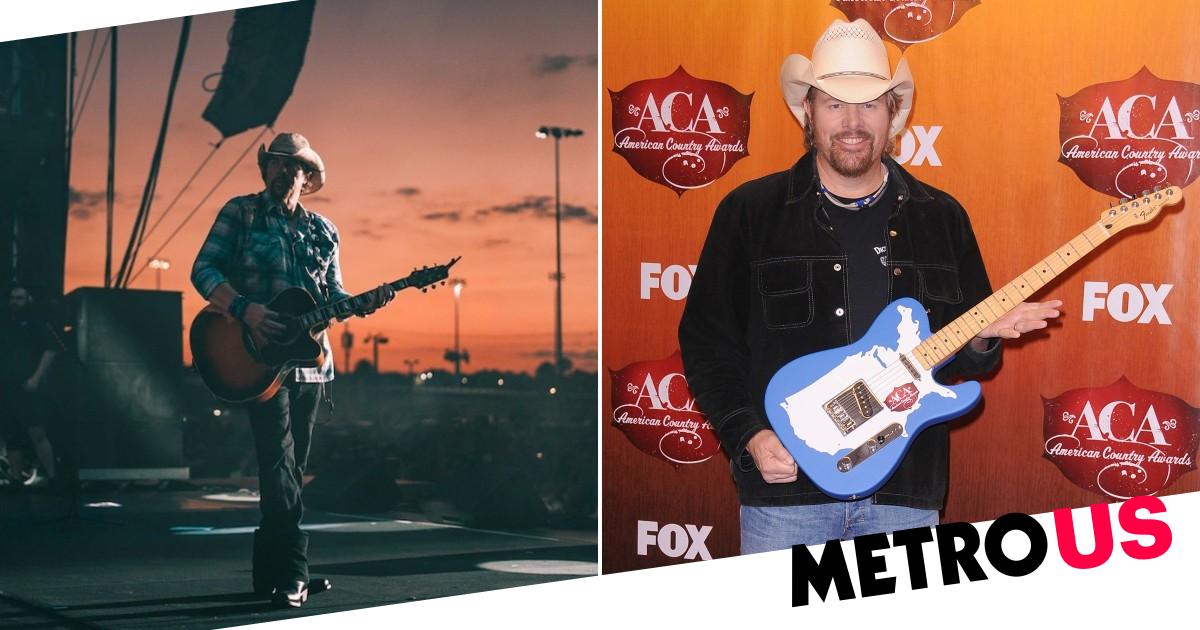 Country musician Toby Keith has revealed he has stomach cancer and has been undergoing chemotherapy.

The 60-year-old singer – known for his Billboard number one hit, Courtesy of the Red, White and Blue – was diagnosed last autumn and is in the process of having treatment, which he assured fans is going well.

Keith gave a health update to his fans, who have been enjoying his performances on his latest tour following the release of his new album.

Posting a statement on Instagram, the star began: ‘Last fall I was diagnosed with stomach cancer. I’ve spent the last 6 months receiving chemo, radiation and surgery.

‘So far, so good. I need time to breathe, recover and relax.’

He added: ‘I am looking forward to spending this time with my family.

‘But I will see the fans sooner than later. I can’t wait.’

Supporters were quick to send their well wishes to the musician, with famous faces also writing comments.

US TV star Taylor Cusack commented: ‘Praying for you, T 🙏🏼’, while actor Chris Thunder wrote: ‘Praying Massively For You 🙏🏻❤️’.

One fan also wrote: ‘We love and miss you Toby! You take care of you first. ❤️’

‘You are so loved. We know you can beat this. Sending you love and prayers,’ said another.

While the songwriter is due to hit the stage in in Illinois and Michigan on June 17 and 18, it has not yet been announced whether the dates will be cancelled or rescheduled.

However, following Keith’s statement, the Ohio State Fair shared on social media that the singer’s performance on July 28 will not be going ahead.

Keith became a country music favourite back in the early 90s, but he got his big break when he released the single How Do You Like Me Now? in 1999. He achieved the number one spot on the Billboard Hot Country Songs chart with the track.

Keith’s most recent album was Peso In My Pocket, which dropped last year and was his first record in five years.

Also in 2021, Keith was presented with the National Medal of Arts by former US President Donald Trump, who was in Office at the time and whom he supported while the House of Representatives voted to impeach him.

Thousands of pensioners to get cost-of-living hikes