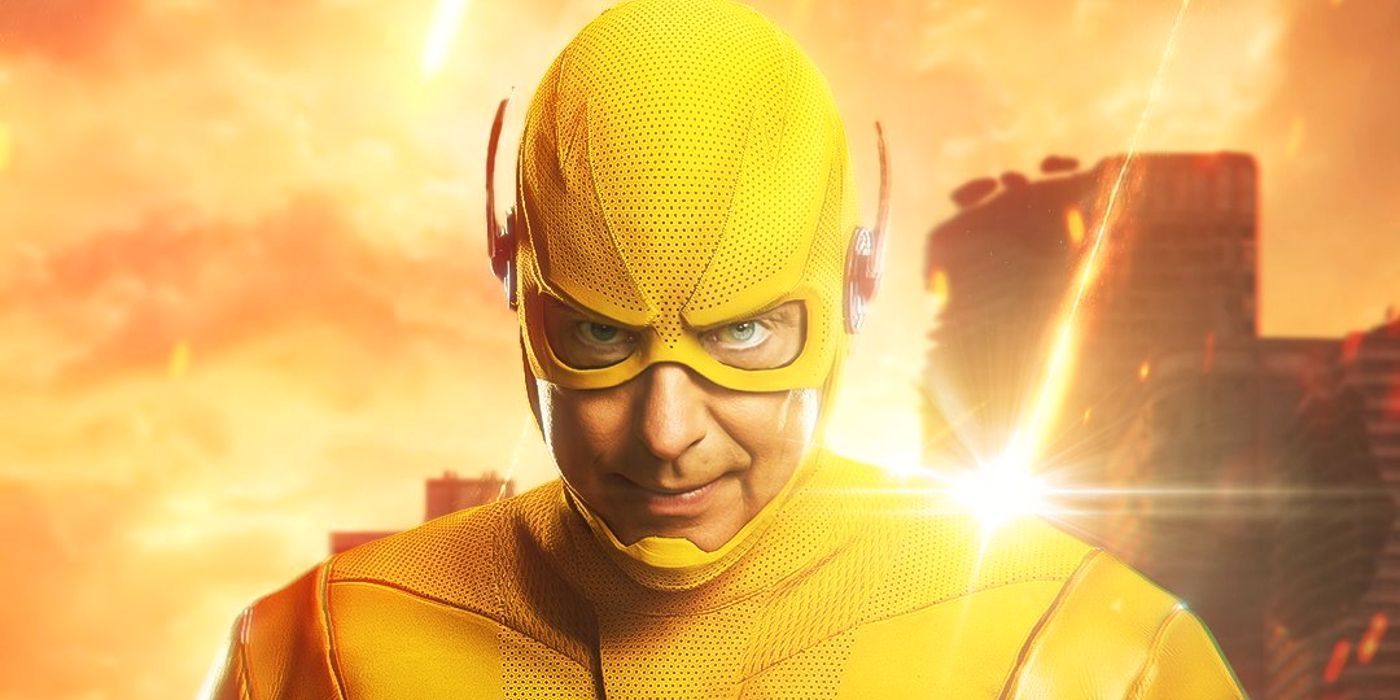 The following contains spoilers for The Flash Season 8, Episode 19, “Negative, Part One,” which aired Wednesday, June 22 on The CW.

For every action, there must be an equal or opposite reaction, and the antithesis to the Flash has always been the speedster supervillain Eobard Thawne, better known as the insidious Reverse-Flash. Ever since The Flash Season 1, Tom Cavanagh has portrayed Barry Allen’s ultimate nemesis, often resurfacing to make Barry and Team Flash’s lives an absolute nightmare as he carries out his high-speed vendetta. The Flash Season 8 began with Barry seemingly stripping Thawne of his super-speed for good before Deon, an avatar of the Still Force, grants Thawne his speed back to carry out his destiny in the Season 8 finale.

In an exclusive interview with CBR, Cavanagh talked about the rollercoaster ride of highs and lows Thawne experienced across Season 8, explained his love for the character and working opposite co-star Grant Gustin, and hinted at his return to the director’s chair for Superman & Lois Season 3.

CBR: This season has seen some epic highs and lows for Eobard Thawne. How did you approach the direction that showrunner Eric Wallace was taking the character in heading into Season 8?

Tom Cavanagh: I’ve approached Thawne, basically, as I have on Day 1 on Season 1, with the first episode, so it’s easy for me. I probably shouldn’t say “easy” but when the characters are working [it clicks]. I remember in Episode 2 when I killed poor [William Sadler], and in Episode 9, we had a giant fight in Central City between the Flash and Reverse-Flash, it was early on. It’s important because when you’ve got the Joker, you better know who the Joker is against Batman or, with Lex Luthor, you’ve got to know what makes him tick.

Years in, I feel very comfortable with Thawne, it doesn’t really matter who’s running the show or whatever situation they want to place him in, I’m ready to go. What’s nice about this particular [situation] is that he’s at a real low point. He’s in prison and doesn’t have his speed. For anyone who defines themselves in a [certain] way and [then] has that definition taken away from them, it’s difficult, and they’re going to struggle with it. Thawne struggles with it in a way that we haven’t really seen before, and I thought the writers’ room did a great job of hitting on that.

There are a couple scenes between [Grant Gustin] and myself in the prison cell. That was really enjoyable. There’s always a thing with their face-offs where their fingers are twitching over their triggers; they can go to their superpowers and are they going to? This time, the Reverse-Flash’s holster was empty facing the Flash and that was a lovely dynamic.

Something that’s always struck me about your approach to Thawne is that you present him as controlled fury; there’s that cold, calculating side to him. And yet, this episode leaves him at possibly the most unhinged we’ve ever seen him. How is it taking the character into that area?

It’s great, it really is! In terms of his calculations, I always tend to gravitate to the things that aren’t said, but it’s also lovely to rip stuff up. [laughs] What’s lovely about this villain, and I think it’s why he’s the number one villain in the Flash Universe, is he has bonded himself to the Flash. No other villain has bonded themselves to the Flash in this intimate manner, and I think that’s what makes it work. They define each other, and I don’t think you can have this show go down without a Flash/Reverse-Flash face-off.

I think more than any other two foes that we’ve shown on this show, they’re both worthy of each other. There’s so much richness in Grant Gustin’s portrayal of the Flash: Light and darkness. You can’t make light without a dark to put it in. That’s when it’s most effective, and that darkness is Eobard Thawne. They need each other, and they’re worthy foes.

Whenever you and Grant are together on-screen, it’s still electric eight years in. You can feel the tension between Barry and Thawne at all times.

I do feel that that’s worth underlining. In many ways it feels like the core of the show because dramatic shows don’t exist without conflict. What’s a greater conflict than hero and arch-enemy? We can feel tension ramp up and the pulses quicken, but you can’t do it every episode. You sometimes can’t do it every season because it’s a treasure chest that you don’t want to dilute. Both of us know that when it’s him against me, we’re sort of getting to the core of the show. There’s a pureness for Grant and I. I don’t want to speak for Grant, but we’ve both spoken about it, and it’s so wonderful anytime we get to face off — it’s really gratifying.

After eight years of playing this guy, what makes Thawne continue to be a fulfilling role for you?

It’s not overused, that’s the thing. I was leaving the show after the first season and [executive producer] Greg Berlanti and I had a conversation and I said, “I’m good!” I loved it, it was such strong writing, and it was simple and pure with the Flash and Reverse-Flash. We think it’s one thing. And then, it’s this guy who, out of necessity, has befriended, bonded, and been a mentor to the Flash’s speed. [He] needs to make sure nothing bad happens to the Flash because, for fifteen years, they had this incredibly close relationship that has to essentially, for the Reverse-Flash, culminate in killing him. [laughs] It’s so crazy, weird, and such good writing and the Flash is triumphant, and I thought “Great! We did that for a full season, and you can’t do that again, certainly not in Season 2 and 3.”

I was fully prepared to leave, and Greg was like, “What would it take [for me to stick around].” I was like “We could create this, this, and this,” and that became the Wellses over the years. I’ll always be grateful to Greg for suggesting to create [the Wellses]. It doesn’t get old playing the Reverse-Flash because I don’t actually play him that much. When he does show up, he isn’t diluted, and there is an impact because whenever that guy shows up: Trouble! [laughs]

RELATED: Is The Flash Setting Up Caitlin To Be a Villain Again?

You’re about to go back to the world of Superman & Lois to direct the Season 3 premiere. How is it working with that team again?

That group over there, they’re such a winning group. The fact that we’re shooting in anamorphic widescreen and the movie-making of it all and that they’ve chosen to use these tools is so gratifying for a director. I’m always so eager to go over there, get in the seat, and have all of those technical things at my disposal, not just the cast and crew who are joyous, eager and so incredibly talented and so very welcoming. I’m really looking forward to it.

Developed for television by Greg Berlanti, Andrew Kreisberg, and Geoff Johns, The Flash airs Wednesdays at 8 PM ET/PT on The CW.