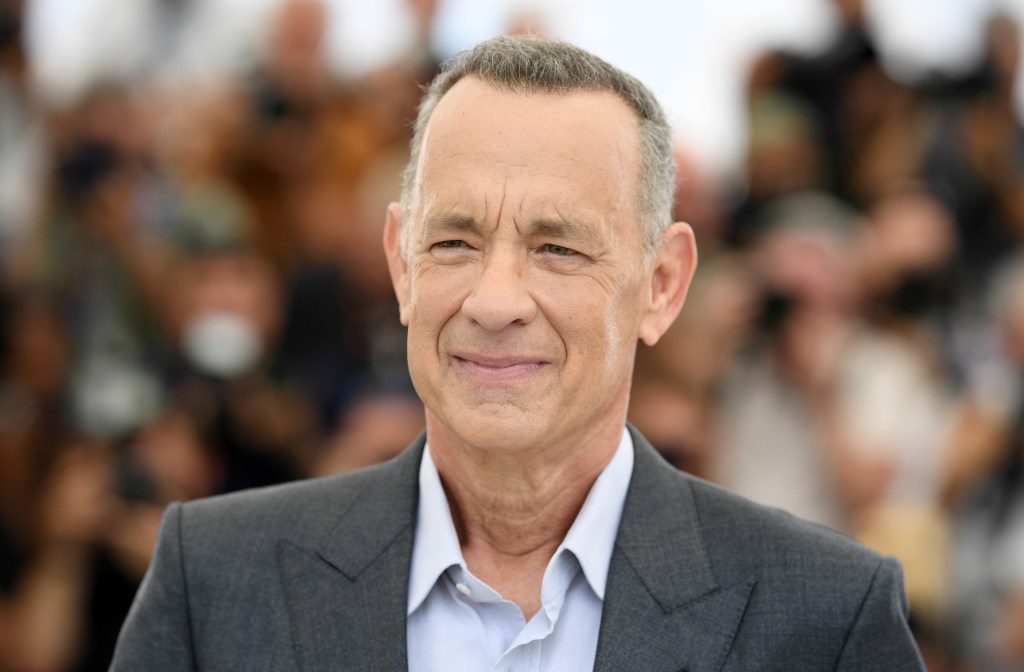 Tom Hanks has sparked skepticism and debate over his comments about why he couldn’t play his Oscar-winning role in “Philadelphia,” a gay man dying of AIDS, if the film were made to today.

In an interview with the New York Times magazine to promote the new Elvis Presley biopic, Hanks called both “Philadelphia” and “Forrest Gump,” for which he won back-to-back Academy Awards in 1993 and 1994, “timely movies, at the time, that you might not be able to make now.”

“Let’s address ‘Could a straight man do what I did in ‘Philadelphia’ now?’” said Hanks. “No, and rightly so. The whole point of ‘Philadelphia’ was don’t be afraid. One of the reasons people weren’t afraid of that movie is that I was playing a gay man. We’re beyond that now, and I don’t think people would accept the inauthenticity of a straight guy playing a gay guy.”

Hanks continued: “It’s not a crime, it’s not boohoo, that someone would say we are going to demand more of a movie in the modern realm of authenticity. Do I sound like I’m preaching? I don’t mean to.”

While people praised Hanks for expressing concerns about authenticity and representation in film and TV roles, his statement was picked apart for several reasons. People correctly pointed out that straight actors have played gay people in recent major films.

Benedict Cumberbatch was in the running for a best actor Oscar earlier this year, playing a repressed gay ranch owner in “The Power of the Dog.” Bradley Cooper is currently shooting a biopic of Leonard Bernstein, which has already attracted Oscar buzz, and Ewan McGregor recently won an Emmy for playing Halston, the Guardian added.

In addition, one of the most popular gay love stories in recent years was “Call Me By Your Name,” which starred Timothée Chalamet and Armie Hammer.  Chalamet also received an Academy Award nomination for playing a 17-year-old boy experiencing first love, while Kate Winslet and Saoirse Ronan also received acclaim for their roles in the period period romance “Ammonite.”

Others commenting online said that limiting actors to roles that align with their sexual orientation, for the sake of authenticity or representation, would mean that gay actors couldn’t play straight characters.

“I respect Tom Hanks & want representation in film, but I also enjoy watching actors play characters outside of their own reality,” one person wrote in response to a Variety tweet about Hanks’ comments. “Neil Patrick Harris is excellent at playing a hetero bro. I wish the correction was to have more gay actors play straight characters.”

Another person added: “Why?? Should we tell: Kristen Stewart, Sarah Paulson, Zach Quinto, Matt Bomer, NPH (Neil Patrick Harris), Jodie Foster that they can’t play a role of a straight character?? It’s narrow-minded, and is socially not creatively motivated.”

Yet, another person said, “It’s called ‘acting’ for a reason. God, I hate this (expletive). Destroys everything.”

Still, another person who has weighed in on this issue is British screenwriter and producer Russell T. Davies, who created the show “Queer as Folk” and the 2021 HBO series, “It’s a Sin,” which followed a group of gay male friends in London grappling with the AIDS epidemic in the early 1980s. For “It’s a Sin,” Davies said in a 2021 interview that he only cast gay actors in the role of gay male characters, explaining that “authenticity is leading us to joyous places.”

“I’m not being woke about this, but I feel strongly that if I cast someone in a story, I am casting them to act as a lover, or an enemy, or someone on drugs or a criminal or a saint… they are not there to ‘act gay’ because ‘acting gay’ is a bunch of codes for a performance,” Davies said, according to the Hollywood Reporter. “It’s about authenticity, the taste of 2020.”

“You wouldn’t cast someone able-bodied and put them in a wheelchair, you wouldn’t black someone up,” Davies added. “Authenticity is leading us to joyous places.”

Amid the ongoing discussions over who should play LGBTQ characters in films and TV, it appears that consensus has grown in recent years that cisgender actors should not play transgender characters.

Everyone but diehard Jared Leto fans decry the fact that he was cast as a trans woman in the 2013 film, “Dallas Buyers Club,” and that he won a best supporting actor Oscar. Last year, Eddie Redmayne also expressed regret about accepting the role of a trans woman in Tom Hooper’s 2015 film “A Danish Girl,” describing his participation as “a mistake.”

“No, I wouldn’t take it on now,” Redmayne told the Sunday Times. “I made that film with the best intentions, but I think it was a mistake. … The bigger discussion about the frustrations around casting is because many people don’t have a chair at the table. There must be a leveling, otherwise we are going to carry on having these debates.”

Russia sanctions: Which companies have pulled out of Russia?

Louisiana becomes latest red state to give the boot to…