More than 260,000 Aussie car owners could score a major payout from car giant Toyota, with the largest class action in Australia underway.

Ken Williams will never forget the “horrendous” moment his car suddenly began belching smoke at a set of traffic lights – leaving his young children fearing the vehicle was on fire.

The Queenslander had purchased a new Toyota Prado in 2016 – but within eight or nine months, problems started to emerge with the vehicle emitting worrying levels of foul-smelling white smoke.

The concerned dad took the Prado back to the dealership to rectify the issue, and was told there was a quick fix – but to this day, the problems remain, despite Mr Williams returning to the dealership up to 12 times as he desperately tried to find a solution.

He told news.com.au he could still remember the look of fear on his kids’ faces when the smoke began billowing as his family sat in traffic.

“It was pretty scary – all of the kids were in the back and I remember the look on their faces, because they thought the car was on fire,” he said.

“We didn’t know what was going on and it was horrendous – it’s still stuck in my mind to this day.”

In 2019, Australian law firm Gilbert + Tobin brought a class action against Toyota on behalf of people who owned a Prado, HiLux or Fortuner in the years 2015 to 2020.

The cars in question were defective, owing to faulty diesel particulate filters, and caused financial loss to the vehicle owners.

The Federal Court ruled against Toyota in a landmark judgment in April, awarding Mr Williams – the lead applicant – more than $18,000 in damages.

But it’s just the tip of the iceberg for Toyota, with the company now facing what could become the largest ever class action payout in Australia, with more than 260,000 vehicle owners potentially entitled to damages totalling more than $2 billion.

Toyota has already lodged an appeal in the Federal Court of Australia, challenging the “factual and legal basis for the award of damages.”

From Monday, Gilbert + Tobin will start sending out court-approved notices to the hundreds of thousands of eligible vehicle owners across the nation, urging them to register their details.

With families across the country now feeling the pinch as cost of living pressures start to bite, it could mean a very welcome payday for eligible Toyota owners, who stand to pocket the approximate reduction in value of each vehicle at the time it was sold, which is 17.5 per cent of the average retail price, plus an additional 10 per cent for excess GST.

Mr Williams told news.com.au it had been a “frustrating” battle and that he was left out of pocket not only due to the defect causing his car to use far more diesel than normal, but also because of the time spent going back and forth to the dealership, resulting in days off work after being “sold a dud”.

“The dealership was trying to solve the issue, they just didn’t have a fix for it and didn’t know what to do.

“Having the judgment in my favour was good for me but also for hundreds of thousands of other people to see they can come forward and be compensated for all the pain and suffering.”

“People like Ken have experienced years of this with repeated instances of having to take their vehicles in and missing days of work, only to later be sitting at traffic lights with smoke billowing out,” he said.

“People have been ordered to pull over by police and have been abused by other motorists, so there’s that general embarrassment – you bought a new car and feel great, and suddenly there’s foul smoke.

“You can imagine for that person who has bought a new car, it’s a deflating feeling, and that’s the common trend we’ve seen in complaints (against Toyota).”

Mr Mackenzie said the class action was “significant” for the country as it was one of just a few cases where the Federal Court has exercised its power to award damages on an aggregate basis, and also because of the huge number of people affected and the money involved.

“The scale of damages is really significant and that’s a function of the number of defective vehicles that have had a reduction in value, which the court found was the result of the defect,” he said.

“What that tells you is that this is a warning to manufacturers that if you sell large numbers of defective products, you may be exposed to significant damages.”

At the moment, people are eligible if they bought new, defective HiLux, Prado or Fortuner diesel vehicles between October 1, 2015 and April 23, 2020 and did not sell during that period.

Those who meet the criteria will be contacted by email, text message and post from Monday and invited to register their interest to receive thousands of dollars in compensation, following the Federal Court ruling in April.

It found that the vehicles in question were defective, that the defect had caused a 17.5 per cent reduction in the value of the affected vehicles at the time they were sold, and that Toyota had engaged in “misleading” conduct in marketing and selling the cars.

Subject to the outcome of Toyota’s appeal, owners who register for compensation and are deemed eligible to receive it will receive money under a court-supervised “distribution scheme” that is being established following the judgment.

Toyota HiLux, Prado and Fortuner owners wanting to register their interest to receive compensation under the judgment can do so here.

In a statement issued last week, Toyota announced it had lodged an appeal in the Federal Court of Australia which “includes challenges to the factual and legal basis for the award of damages, particularly in circumstances where many of the group members did not experience the DPF issue”.

“At the same time, we understand some customers have experienced inconvenience and discomfort from this issue. For this we apologise,” the statement continues.

“We have worked continuously since becoming aware of DPF concerns on an effective resolution for affected customers.

“At every step, we have implemented customer focused and technically grounded remedies to resolve customers’ concerns.”

Toyota said it “has been and remains committed to assisting any customer whose vehicle experiences the DPF issue and to providing free-of-charge repairs”. 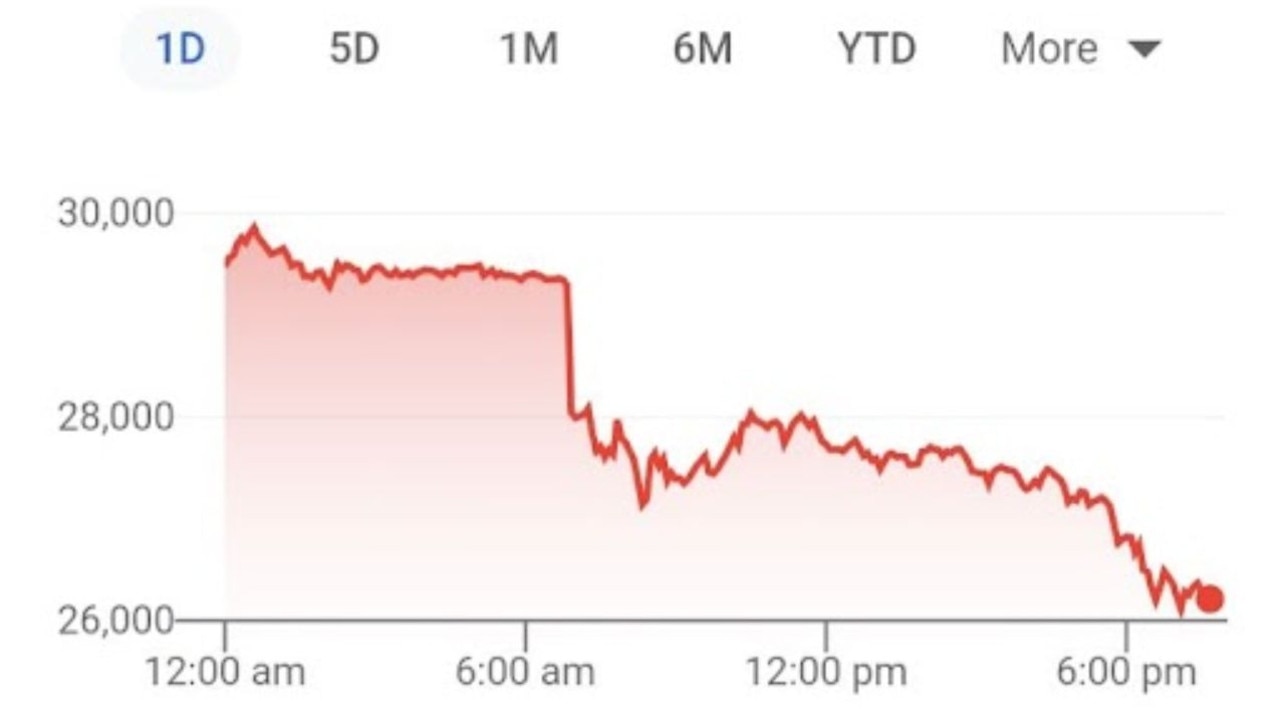 Bitcoin has pretty much lost all its gains throughout the pandemic and hit a new horror low that will make history.

Russia sanctions: Which brands are severing ties over Ukraine invasion?

Inside the global battle over chip manufacturing with Chris…