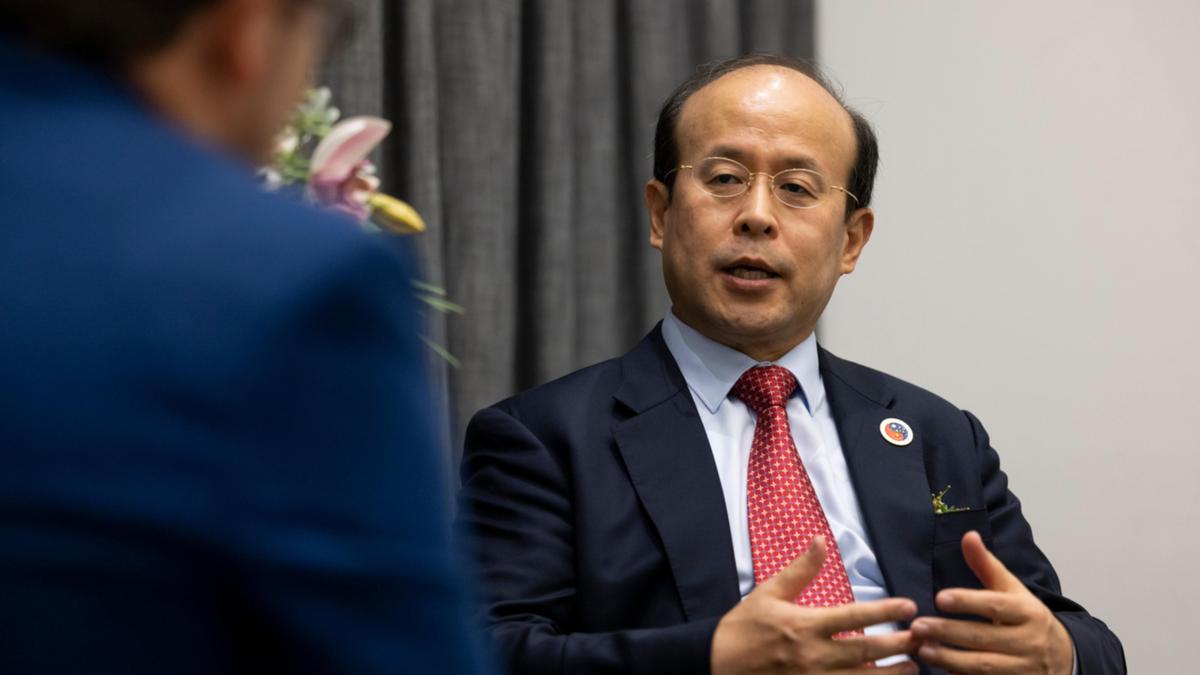 China’s ambassador to Australia says relations between the two countries are at a new juncture, as ministerial talks resume after a three-year freeze.

In a speech at the Australia-China Friendship Association’s national conference in Western Australia, ambassador Xiao Qian said Beijing was willing to work with the federal government to push the relationship between the two countries in the right direction.

His comments come after Defence Minister Richard Marles met with his Chinese counterpart General Wei Fenghe at an international forum in Singapore.

The talks have been described by former defence and intelligence chief Dennis Richardson as a step in the right direction after several years of growing tensions between China and Australia.

Mr Xiao said China had viewed relations with Australia from a long-term perspective and was committed to working together.

“China-Australia relations are also at a new juncture of development, facing many challenges and huge opportunities,” he said in his weekend speech.

“China … is committed to conducting friendly exchanges and co-operation with the Australian side for mutual benefits and win-win results. This policy was and is not changing.”

The relationship has been in a deep freeze since Australia called for an investigation into the origins of COVID-19, which triggered several disputes with its number one trading partner.

Tensions have increased in recent months following China signing a security pact with the Solomon Islands, while also seeking agreements with other Pacific nations.

Mr Xiao said China was looking to have more discussions with Australia on sustainable development with Pacific countries and co-operation in the region.

“China attaches great importance to Australia’s traditional influence in the Pacific island countries, and is willing to maintain communication with Australia on island country affairs,” he said.

Dennis Richardson, who was Australia’s defence secretary between 2012 and 2017 and is a former director-general of ASIO, said the ministerial contact between the two nations was significant after a period of tension.

“The fact that they agreed to talk at the very first opportunity is noteworthy,” he told ABC Radio.

“I don’t think we should get too far down the track on this, we have a long way to go.”

It comes as Mr Marles heads to Japan for a three-day visit.

The defence minister will travel to the country on Monday, where he will meet with Japanese counterpart Nobuo Kishi

“Japan is a critical partner in achieving our regional objectives,” Mr Marles said in a statement.

“Australia and Japan share a vision for an open and inclusive Indo-Pacific region, one where the sovereignty of all states is respected.”

Mr Richardson said renewed talks between Australia and China had come about partly due to the change of government.

However, he said both nations would still have many differences between them.

“A change of government after a decade does bring with it opportunities of this kind,” Mr Richardson said.

“There are still a lot of fundamental differences between China and Australia, which the new government is fully aware of.

“I don’t think that we’ll be looking for any startling breakthrough any time soon.”

However, she said the new Labor government would not back down on issues concerning the Asian powerhouse.

“Australia will always stand up for our human rights values, our national interests, and in these meetings it is important to continue to talk about our interests and values,” she said.

“Talking is always better than not talking. It gives us the opportunity to raise issues.”

All 5,400 U.S. Hilton Hotels To Get Peloton Bikes This Year