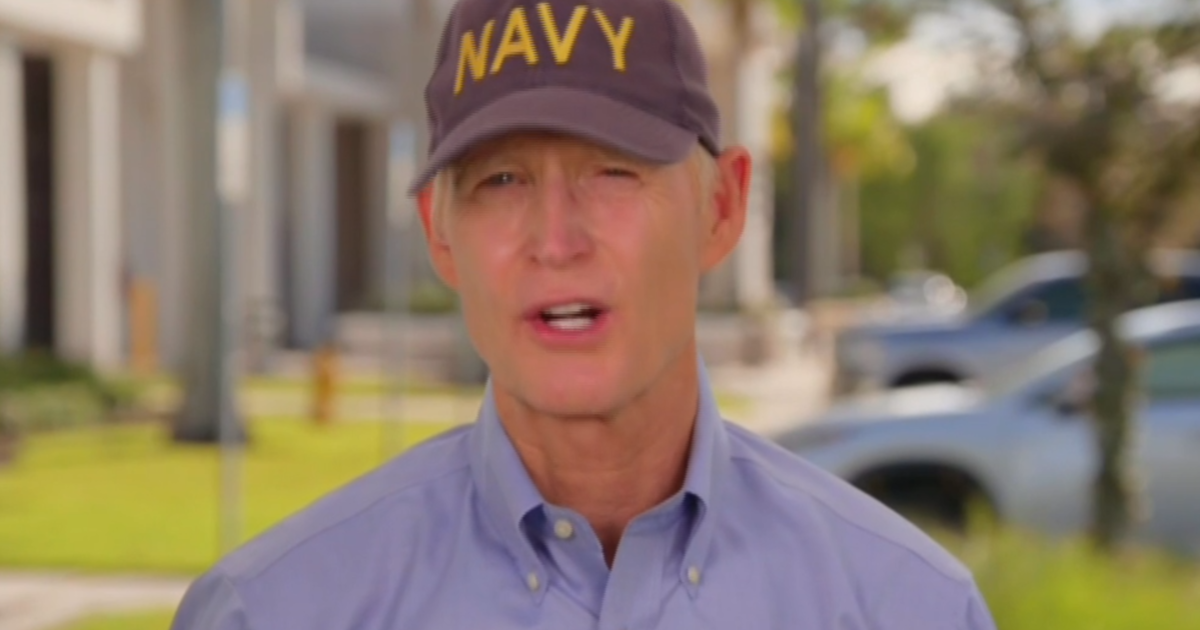 The following is a transcript of an interview with Republican Sen. Rick Scott of Florida that aired on Sunday, Oct. 2, 2022.

MARGARET BRENNAN: We go now to Florida Republican Senator Rick Scott who joins us from Naples. Good morning to you, Senator.

SEN. RICK SCOTT: Good morning, it’s really tough down here, it’s unbelievable loss of life. And we still have people that they hope are alive that they’re still trying to rescue. So please pray for each one of those.

MARGARET BRENNAN: We will and I know that when you were governor of Florida, there were four hurricanes on your watch. Governor DeSantis has said what is happening now is biblical? How would you describe the impact?

SEN. SCOTT: Well, the storm surge was unbelievable, you know, the worst, the worst storm surge we had with Irma was down in the Keys. And it just, it was nine foot. It just sucks everything in and out of a one story house. And then we had as you know, Mexico beach with Michael, my last year. But, you know, in Lee County, they’re talking about, they might have had 18 foot of storm surge at Sanibel. And you look at, you know, 12-15 foot of storm surge of Fort Myers Beach and Pine Island, I mean, that’s hard to survive, you have to be pretty, you have to get up pretty high and your structure has to survive. We unfortunately, some of it’s older construction. And so we lost a lot of a lot, a lot of buildings.

MARGARET BRENNAN: The President said that he may need more money from Congress to help with the response. And I know you and Senator Rubio have talked about more emergency relief being needed. If you’re calling for an emergency, supplemental does it need to be paid for — offset?

SEN. SCOTT: Well, I’ve supported disaster relief. And look, everything you do, you’d love it for to be paid for. But you know, we have we have committed made, we’ve made commitments, and we’re going to help our our families, our businesses, our states and local governments, and as federal government, we need to do our job. Now. We got to watch how we spend our money. So always try to figure out how you pay for things. But I’m very supportive of FEMA. My experience with FEMA and I was governor is they did their job. They were a good partner. They’re not a lead agency. There a Support Agency, and they acted like that when I was governor.

MARGARET BRENNAN:  But the disaster modeling firms have, you know, scale of damage here from 30 billion up to 100 billion. How much money is it that you think you need to go ask Congress for?

SEN. SCOTT: We’re gonna find out hopefully, most most things are covered by insurance. That’s what that’s what you hope. Now Florida has been has had a problem the last few years with their property insurance market. So hopefully, the insurance companies will be able to, to cover a lot of that.

MARGARET BRENNAN: But not flooding?

SEN. SCOTT: But you’ll see the way the way this has worked in while I was governor. Yeah, absolutely. Right. And so that’s one of the issues. Florida has been a significant donor state to flooding. Unfortunately, there’s many people that don’t have flood insurance, either because they didn’t know they need to buy flood insurance, or because it got too expensive. So we’ve got to have insurance products, that work that people can afford. And that’s what they got to try to continue to build the private flood insurance market. And I was governor to try to make sure people can get flood insurance and can afford flood insurance. Because you’re right, a lot of it’s not covered. If it’s not, it’s not covered by normal policy. It’s covered by a flood insurance policy. And I was up in in Kissimmee yesterday, and there was some flood up there. And they weren’t in a floodplain, nobody was told get flood insurance, and they had about probably a foot of water in their homes, and they were just completely shocked.

MARGARET BRENNAN: Well, I mean, is the bottom line here, though, Senator, that some of the communities have been so hard to hit that you need to take a second look here, I mean, maybe some of them should not be rebuilt, because of the risk level from extreme weather.

SEN. SCOTT: What I think you have to look at, look at should you build in places, I believe these places are places where people want to live their beautiful places. So what you really have to do is you have to say, ‘I’m going to build but I’m going to do it safely.’ After Andrew in 1992, the state completely changed its building codes, which is dramatically reduce the risk of damage. While I was governor, we improved our building codes. And I think after this, we’re going to learn that we’re gonna you know, have to improve our continue to improve our building codes

MARGARET BRENNAN: Senator, before I let you go, I do have a bigger picture question because you know, disasters are a time when people can come together. And our country is so incredibly divided. I know you know that. Over this weekend, we heard some pretty disturbing rhetoric from the former president who tweeted that Senator McConnell has a death wish. He said some racist things about his wife, the former Cabinet Secretary Elaine Chao. Last night at his rally, Georgia Congresswoman Marjorie Taylor Greene made a false claim that Democrats want Republicans dead, and they have quote, already started the killings. Given the level of security threat right now. Would you rebuke those comments?

SEN. SCOTT: But I think what we got to do is we got to bring everybody together. I’d also say that would vice versa. Harris said yesterday that our day before yesterday that, you know if you if you have a different skin color, you’re going to get relief.

MARGARET BRENNAN:  That’s not what the vice president said. She talked about equity and the problem within FEMA. But I’m specifically talking about Marjorie Taylor Greene.

SEN. SCOTT:  No, no, no. Wait, wait, Margaret. Margaret, let’s make sure.  FEMA has to be colorblind. FEMA has to provide support to everybody. Now, I here’s what I here’s what I’ll tell you, I believe that we’ve got to do — President Trump has talked about this unbelievable spending that’s causing inflation hurting the poorest families. I grew up in a poor family. I watched him play should hurt my mom. We’ve gotten a house, watch how we spend this money. I know, you’re talking about.

MARGARET BRENNAN: I know sir. You’re talking about substance, and I would love to talk to you about that. But what I quoted you as a phrase saying McConnell has a death wish. He said racist things about Elaine Chao. And then they have already started the killings. I mean, that’s not a policy dispute, Senator, the language is what I’m talking about. Isn’t that dangerous?

SEN. SCOTT: I think we all have to figure out how do we start bringing people together and have a common goal to give every American the opportunity to get a great job their kids to have an education, they believe they can be anything and make sure everybody lives in a safe committee. That’s what I do every day. And I’ve tried to bring people together to do that.

MARGARET BRENNAN: And you would agree that that language doesn’t bring people together?

SEN. SCOTT: I believe that what I believe what the President Trump was talking about is the fact that we can’t keep spending money. We are — We’re going to hurt our poorest families the most with this reckless Democrats spending and we cannot we got to stop it. We can’t cave into their spending.

MARGARET BRENNAN: Okay. That’s not what the former president said. And Coco Chow was the phrase he used to refer to a former Cabinet Secretary Elaine Chao.

MARGARET BRENNAN: Okay, but I know, Senator, you know that Democrats have not already started the killings of Republicans as Marjorie Taylor Greene has said.

SEN. SCOTT: I didn’t see what she said. But it’s also not helpful what the Vice President says when she when she thinks that famous gonna treat people differently based on their skin color.

MARGARET BRENNAN: We will have the female administrator on the program to talk about equity. But already started the killings really stood out to me. So I wanted to make sure you responded to that comment. We’ll leave it there. Thank you and good luck.

SEN. SCOTT: I didn’t hear it, We need to bring people together. Please play pray for our state.