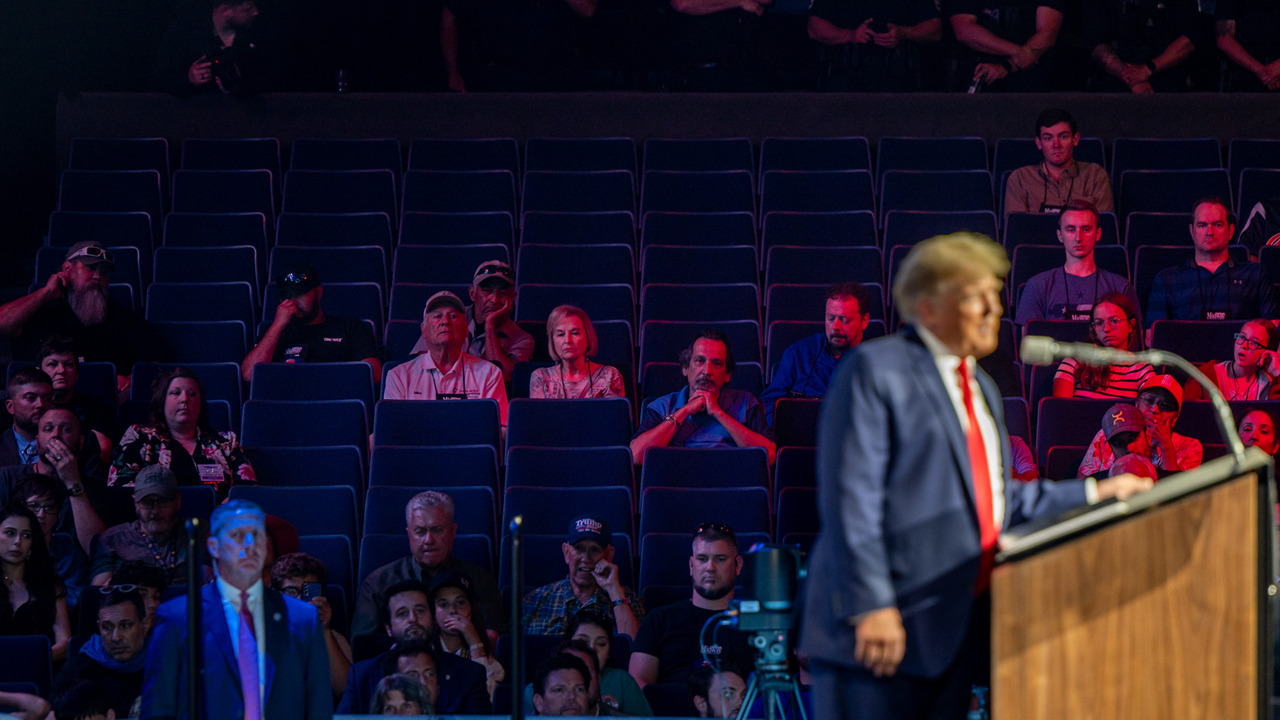 Trump spoke at the event alongside several other high-profile Republicans, including Texas Sen. Ted Cruz and South Dakota Gov. Kristi Noem — whose remarks the president applauded respectively — despite widespread criticism of the event after an 18-year-old gunman opened fire on teachers and pupils with an AR-15 semiautomatic assault rifle, devastating the community just under 300 miles away from the convention.

Texas Gov. Greg Abbott had been slated to speak in person, but opted instead to address the conference virtually Friday with pre-recorded remarks as he held a press conference in Uvalde at the same time.

Texas Lt. Gov. Dan Patrick was scheduled to speak at the convention but canceled his appearance “after prayerful consideration and discussion with NRA officials.” Texas lawmakers Rep. Dan Crenshaw and Sen. John Cornyn also both pulled out of the event, citing scheduling conflicts.

In the days following the shooting, President Joe Biden and Democrats in Congress have reignited calls for tightening gun laws, while many Republicans have doubled down on their opposition to gun reform — instead pointing to mental health and school security as the root cause of mass shootings.

That narrative was in full play at the NRA event, with Trump echoing other speakers by blasting any attempt from Democrats to curb access to guns.

“Every time a disturbed or demented person commits such a hideous crime, there’s always a grotesque effort by some in our society to use the suffering of others to advance their own extreme political agenda,” Trump said.

“Clearly, we need to make it far easier to confine the violent and mentally deranged into mental institutions,” he said.

The former president invoked 2nd Amendment rights several times and stated that “evil” is the reason to arm citizens. He stressed the importance of added school security measures such as metal detectors and arming teachers, and said teachers have to be “able to handle” an active shooter situation.

“Congress should vote immediately to take back every penny of unused Covid relief money,” he said. “Take it back from the states and use that money to quickly establish impenetrable security at every school all across our land.”

Trump’s remarks later devolved into a stump speech, as he pledged a more militaristic policing approach if he’s president again by “cracking down on violent crime like never before.”

The NRA, a group historically against tightening restrictions to gun access, called the shooting a “horrific and evil crime” in a statement Wednesday, adding that it would “reflect on these events” and “pray for the victims, recognize our patriotic members and pledge to redouble our commitment to making our schools secure.”

The gun lobby’s three-day event began earlier Friday with hundreds of protesters gathering outside the convention center, some holding crosses with pictures of the victims of Tuesday’s shooting and shouting “NRA go away.”

In addition to the speakers, four musicians who were scheduled to perform backed out, including Lee Greenwood, whose music Trump traditionally walks on stage to at rallies.