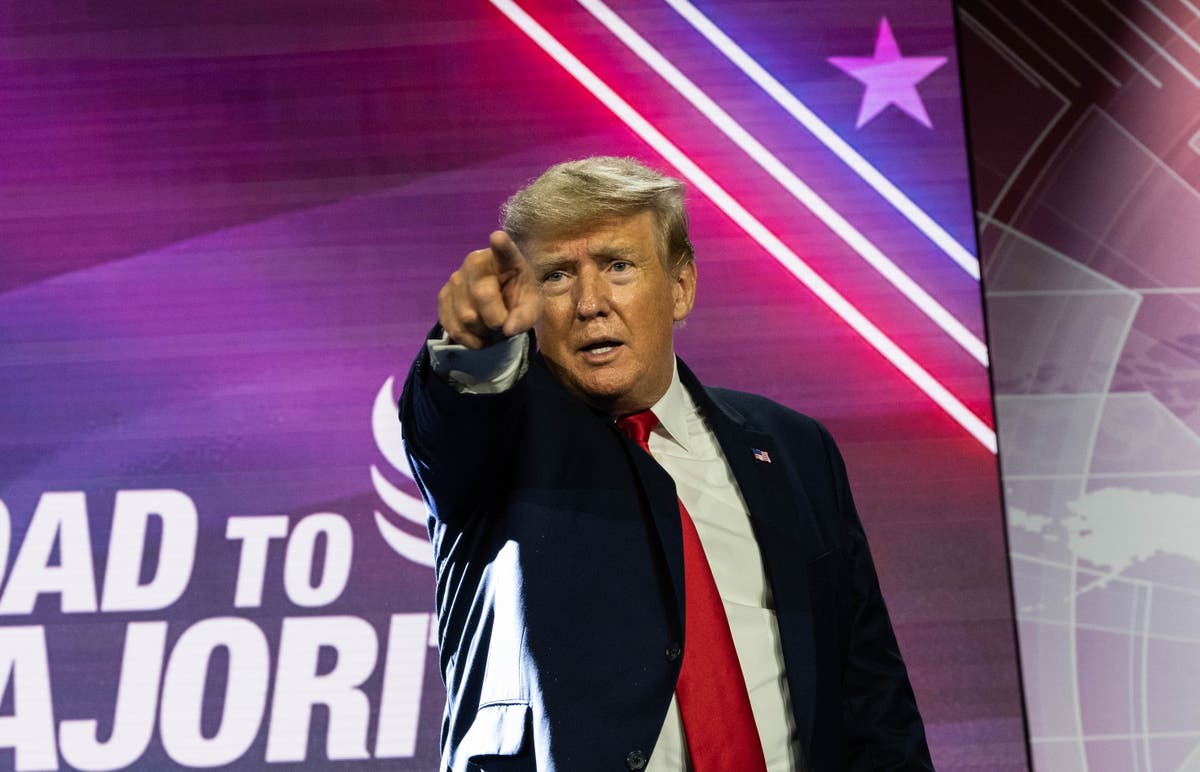 In a post on Truth Social on Saturday morning, Donald Trump has again lashed out at the House select committee investigating the events of 6 January 2021.

The former president called the bipartisan panel of lawmakers “political thugs and scoundrels” and accused them of trying to “railroad people into the arms of the Justice Department” and “criminalise politics”.

Mr Trump singled out Democrat Rep Jamie Raskin of Maryland, who managed the former president’s second impeachment, calling him a “lowlife” and saying he was “making things and statements up, from out of nowhere”.

He deemed the whole investigation a “Kangaroo Court” and “a USA embarrassment”.

The full post reads: “The Unselect Committee of political thugs & scoundrels is trying to use disinformation and outright lies to RAILROAD people into the arms of the Justice Department. They are doing everything within their power to criminalize politics, an absolute no no! I watched this lowlife Raskin yesterday making things and statements up, from out of nowhere. Pure fiction! The Dems play very dirty, but Republican leadership should never have allowed this Kangaroo Court to happen. A USA embarrassment!”

Mr Trump has become especially vocal in his opposition to the work of the committee investigating the Capitol riot and is reportedly increasingly angry at seeing officials and staff from his administration, as well as family members, testify against him.

He has challenged some of the details of what has been said about his actions in his final weeks in office but has not addressed the main issue at hand — that he is accused of trying to overturn the election and spurred on the rioters putting his vice president in danger.

Speaking at a conservative conference in Nashville on Friday, the former president claimed he never called Mike Pence a “wimp” after the then-vice president said he would not hijack the 6 January 2021 certification of Joe Biden’s election victory by declaring himself and Mr Trump the winners against the wishes of American voters.

During Thursday’s select committee hearing, Mr Trump’s former “body man” Nick Luna testified under oath that he had heard the then-president call Mr Pence a wimp, and Julie Radford, who served as chief of staff to Mr Trump’s daughter and senior adviser Ivanka Trump, told the panel that he also used the word “p***y”.

“I don’t even know who these people are,” Mr Trump told the conference.

Earlier on Saturday morning, the former president turned his attention to CNN and the news that the network is dropping the use of the phrase “the big lie” in reference to Mr Trump’s unfounded allegations that the 2020 election was stolen from him.

He wrote: “BIG NEWS: Fake News CNN has just announced that it will no longer allow the use of the phrase,“The Big Lie,” probably because they are open to legal exposure as facts are now out, with more coming, that the 2020 Presidential Election was indeed Rigged and Stolen, and that the term Big Lie now represents the exact opposite of what the Democrats and Fake News Media was conning the public to believe. A big step by CNN. Congratulations!”