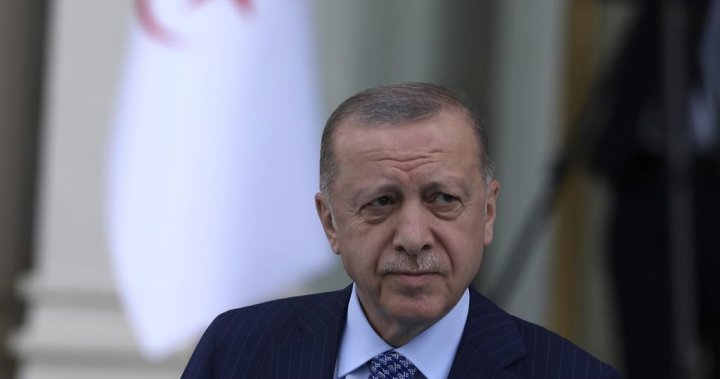 Turkey expects Sweden and Finland to take concrete action and halt what it says is their support for terrorist groups in order for Ankara to lift its objections to them joining NATO, Foreign Minister Mevlut Cavusoglu said on Friday.

Finland and Sweden formally applied to join NATO last week, seeking to boost security following Russia’s invasion of Ukraine. They hoped it would be a quick accession process and other NATO members touted the planned enlargement as historic.

However, Turkey challenged the move saying they harbor people linked to the Kurdistan Workers Party (PKK) militant group and followers of Fethullah Gulen, whom Ankara accuses of orchestrating a 2016 coup attempt.

All 30 NATO states must give their approval before a new member can be admitted and thus benefit from the pact’s collective-security guarantee.

“A concrete step needs to be taken regarding Turkey’s concerns,” Cavusoglu told reporters at a news conference. “They have to cut the support given to terrorism.”

Delegations from the two countries visited Ankara for talks with Turkish officials on Wednesday.

Sweden and Finland banned arms exports to Turkey after an incursion into Syria against the Kurdish YPG militia. Ankara regards the YPG as identical to the PKK and views both groups as terrorist organizations.