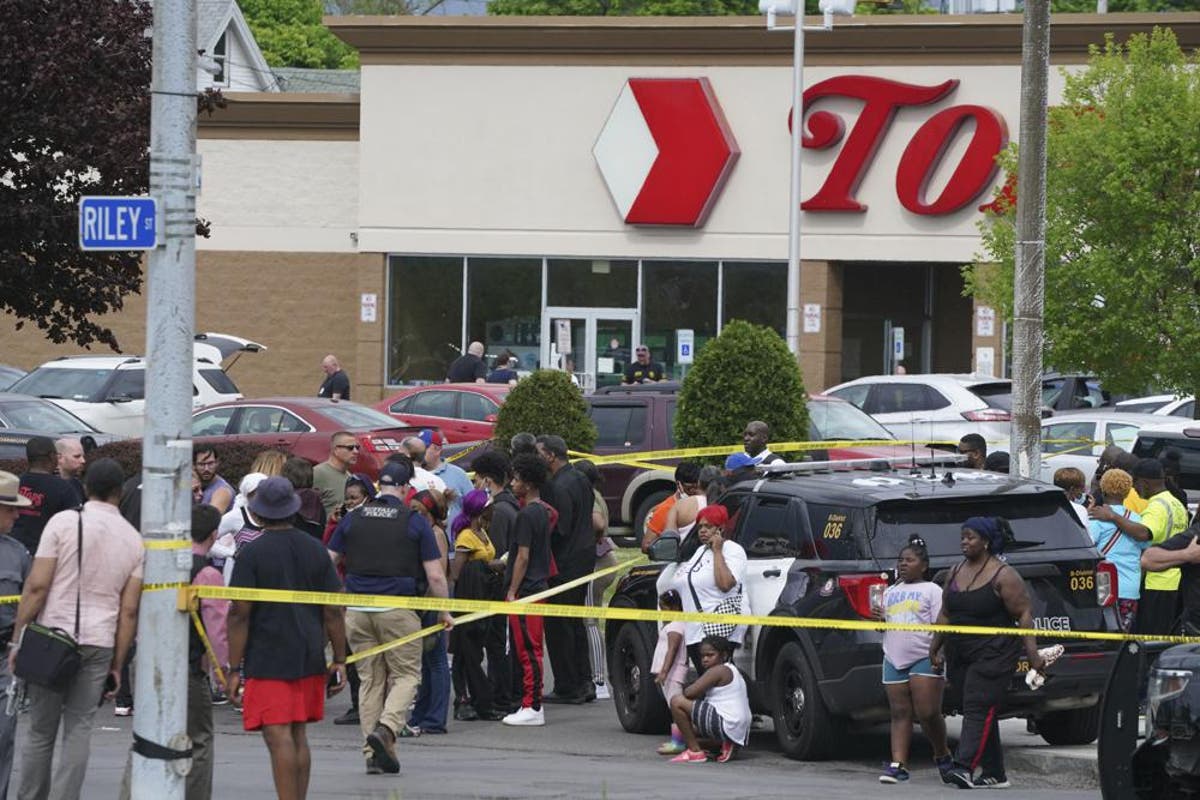 Live-streaming platform Twitch has deleted the visuals of the mass-killing broadcasted live by the guman in Buffalo shooting incident, stating that man has been “indefinitely suspended” from using the service.

At least 10 people were shot down and three others wounded after an 18-year-old white gunman opened fire at a supermarket in Buffalo on Saturday night.

Before surrendering to the authorities, the teenager recorded the rampage live on Twitch.

Condemning the mass killing, Twitch said it has a zero-tolerance policy against violence of any kind.

“We are devastated to hear about the shooting that took place this afternoon in Buffalo, New York. Our hearts go out to the community impacted by this tragedy,” the platform said in a statement.

Stating that it works swiftly to address such issues, officials at Twitch added in the statement: “The user has been indefinitely suspended from our service, and we are taking all appropriate action, including monitoring for any accounts rebroadcasting this content.”

The teams at the broadcasting platform are “vigorously monitoring” to ensure that the video from the broadcast and its related content is not re-streamed and that the service is cooperating with the law officers.

The stream of the shooting was removed less than two minutes after the violence started, the platform said.

Of the total killed, 11 victims were Black and two were white, police officials said.

The accused, identified as Payton Gendron of Conklin in New York, has been charged for murder and was presented before a judge in a paper medical gown.

“It is my sincere hope that this individual, this white supremacist who just perpetrated a hate crime on an innocent community, will spend the rest of his days behind bars. And heaven help him in the next world as well,” the governor said near the site of the attack.

The city’s mayor Byron Brown called it the “worst nightmare that any community can face, and we are hurting and we are seething right now”.

“The depth of pain that families are feeling and that all of us are feeling right now cannot even be explained,” the mayor said in a public address.

President Joe Biden also condemned the shooting and said a racially motivated hate crime is “abhorrent to the very fabric of this nation”.

“We still need to learn more about the motivation for today’s shooting as law enforcement does its work, but we don’t need anything else to state a clear moral truth: A racially motivated hate crime is abhorrent to the very fabric of this nation,” the president said.

“Any act of domestic terrorism, including an act perpetrated in the name of a repugnant white nationalist ideology, is antithetical to everything we stand for in America,” Mr Biden said.

Denial of responsibility! insideheadline is an automatic aggregator around the global media. All the content are available free on Internet. We have just arranged it in one platform for educational purpose only. In each content, the hyperlink to the primary source is specified. All trademarks belong to their rightful owners, all materials to their authors. If you are the owner of the content and do not want us to publish your materials on our website, please contact us by email – admi[email protected]. The content will be deleted within 24 hours.

Wallace says his frustrations result from his passion to win