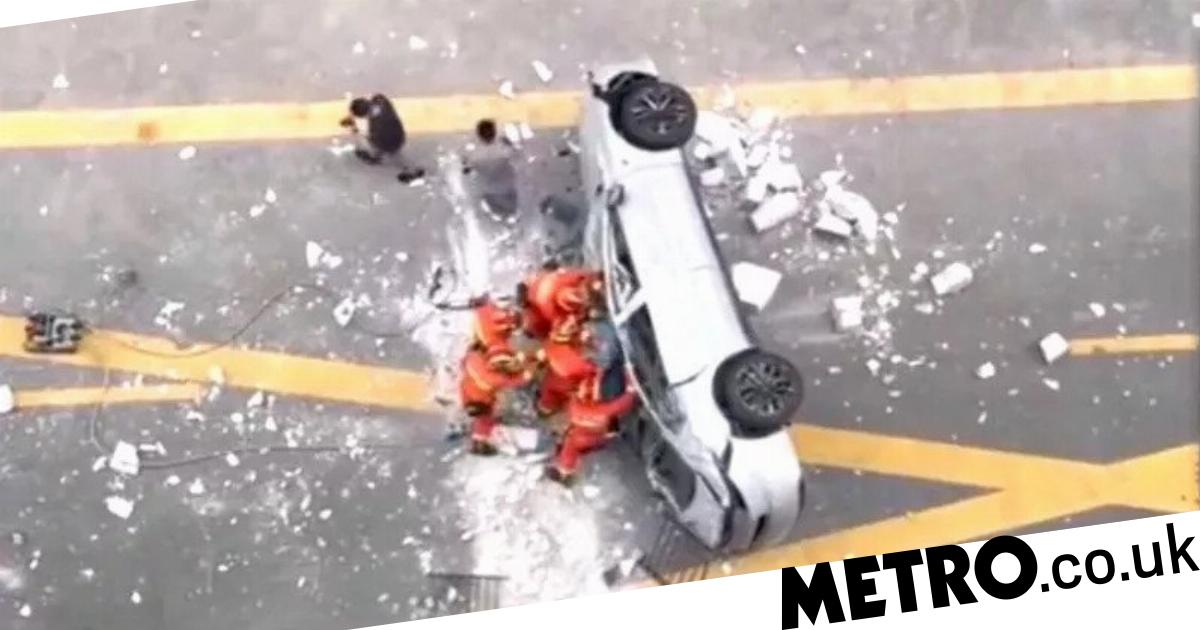 Two people have been killed after a Nio electric car fell from the company’s headquarters in Shanghai.

A staff member and a worker from a partner firm were inside the vehicle when it dropped from the third floor on Wednesday, the BBC reported.

The incident happened at around 5.20pm (local time) in a third-floor facility referred to as a showroom, testing area or car park.

Nio was criticised on Chinese social media after it described the incident as ‘not related to the vehicle itself’ it later corrected this to ‘not caused by the vehicle’, BBC reported.

It said in a statement: ‘Our company has collaborated with public security department to launch the investigation and analysis of the cause of the accident.

‘Based on the analysis of the situation at the scene, we can initially confirm that this was an accident (not caused by the vehicle).’

It added: ‘We feel very sad about this accident and would like to express our deepest condolences to our colleague and partner employee who lost their lives. A team has been set up to help the families.’

Nio, a premium brand which so far has made most of its sales in China, entered the Norwegian market in May last year and plans to launch in Germany, the Netherlands, Sweden, and Denmark before the end of the year.

Earlier this month Volkswagen’s Audi filed a lawsuit in a Munich court against Nio over an alleged infringement of Audi’s trademark rights.

According to Audi, Nio’s decision to name two of its models ES6 and ES8 infringes Audi’s trademark for its own model designations S6 and S8, German newspaper Handelsblatt reported.

Nio said in 2024 it would start making high-voltage battery packs that it has developed itself to improve profitability and competitiveness to take on rivals such as Tesla.

It forecasts deliveries of between 23,000 and 25,000 vehicles in the quarter ending June 30, down from 25,768 in the first quarter, reflecting a general drop in production by major automakers as a result of a two-month-long Covid-19 lockdown in Shanghai.