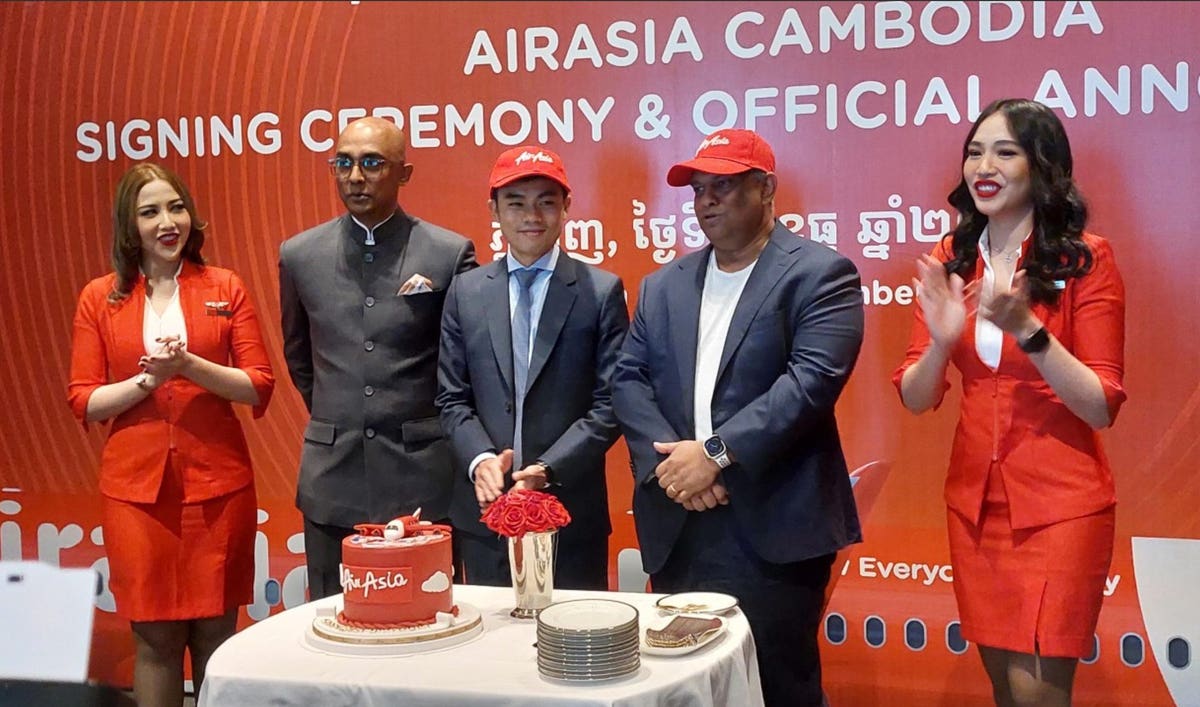 Subject to regulatory approvals, AirAsia Cambodia will start commercial operations in the second half of 2023, with an initial fleet of four narrow-body Airbus A321s, Fernandes said. The new airline will be led by Cambodian entrepreneur Vissoth Nam as CEO.

“An increase in connectivity alongside best value fares, will certainly stimulate demand for air travel,” Nam, director of Sivilai Asia and founder of Bar Menaka in Phnom Penh and hot pot restaurant Angkor Meas in Siem Reap, said in a statement.

AirAsia is launching its fifth Southeast Asian airline in Cambodia amid a robust recovery in travel demand across the region. The group recorded an overall load factor of 86% in the three months ended September, with its long-haul subsidiary AirAsia X returning to profitability.

“We’re really excited to restart our growth story in Cambodia,” Fernandes said at the signing ceremony attended by Mao Havannal, minister in charge of State Secretariat of Civil Aviation, and Serey Chea, director general of the Cambodian central bank. “Cambodia is a hidden jewel,” he added.

AirAsia Cambodia aims to transport inbound tourists from Southeast Asia, China, India and South Korea into the country, which is famous for the ancient Angkor Wat temple in Siem Reap. “We are confident of profitability in the first year of operation,” Fernandes said in a statement, adding the company is targeting to transport at least one million visitors to Cambodia in the first year of the airline’s operation.

Fernandes and Kamarudin started AirAsia 21 years ago, with two aircraft. The airline has since expanded its fleet to more than 200 aircraft, carrying over 80 million passengers across India, Indonesia, Japan, Malaysia, Thailand and the Philippines in 2019 before the pandemic wreaked havoc on the global economy and grounded the company’s planes. AirAsia Japan filed for bankruptcy in 2020, while the group divested its stake in an Indian joint venture to partner Tata Sons.

With the resumption of travel in most parts of Asia, AirAsia expects to fully restore its operating fleet by first quarter of 2023 from about 130 aircraft currently. “When China reopens, it will be a big boost,” Fernandes said.