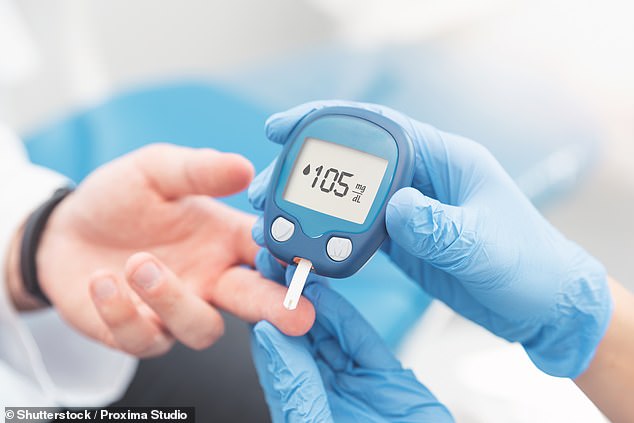 By Cameron Henderson For The Mail On Sunday

A simple jab could soon prevent people at risk of type 1 diabetes from developing the disease in the first place.

The drug, currently known as IMCY-0098, blocks the faulty immune system response that is thought to trigger the illness.

Type 1 diabetes affects 400,000 Britons and is potentially life-threatening. For reasons not fully understood, the immune system turns on healthy body tissue, destroying cells in the pancreas gland that produce insulin – the hormone that enables sugar to pass from the blood into the body’s cells to be used for energy.

Without insulin, sugar builds up in the blood, causing widespread damage to organs.

At present, IMCY-0098 has been given only to patients with early-stage type 1 diabetes, where it has been found to halt production of the cells which damage the immune system, called CD4, meaning the disease stops progressing.

A simple jab could soon prevent people at risk of type 1 diabetes from developing the disease in the first place. The drug, currently known as IMCY-0098, blocks the faulty immune system response that is thought to trigger the illness. (File image)

Experts hope it will also have the same effect in those who haven’t yet been diagnosed with type 1 diabetes but have the symptoms – feeling thirsty and going to the toilet a lot – that suggest they may be developing it.

Although most sufferers develop the disease in childhood, it can first appear in adulthood – usually before the age of 30. Patients have to monitor their blood sugar levels and inject themselves with insulin medication every time they eat.

As IMCY-0098 targets only CD4 cells, it doesn’t affect the immune system’s ability to protect the body against other infections.

Professor Katharine Owen, a diabetes expert at Oxford University which led a branch of the trial, says: ‘Insulin is a brilliant treatment but it does nothing to halt the progress of the disease.

‘We already know the new drug preserves the pancreas, so patients have some ability to produce insulin. This means they are not wholly reliant on injections to regulate blood sugar levels, which is better for them in the long term.’

It is possible to screen patients for their likelihood of developing type 1 diabetes by testing their blood for a gene called HLA.

Prof Owen adds: ‘In the next ten years, patients found to be at risk could be given IMCY-0098 or other drugs that are currently in development to prevent them getting diabetes in the first place, or delay its progression for decades.’