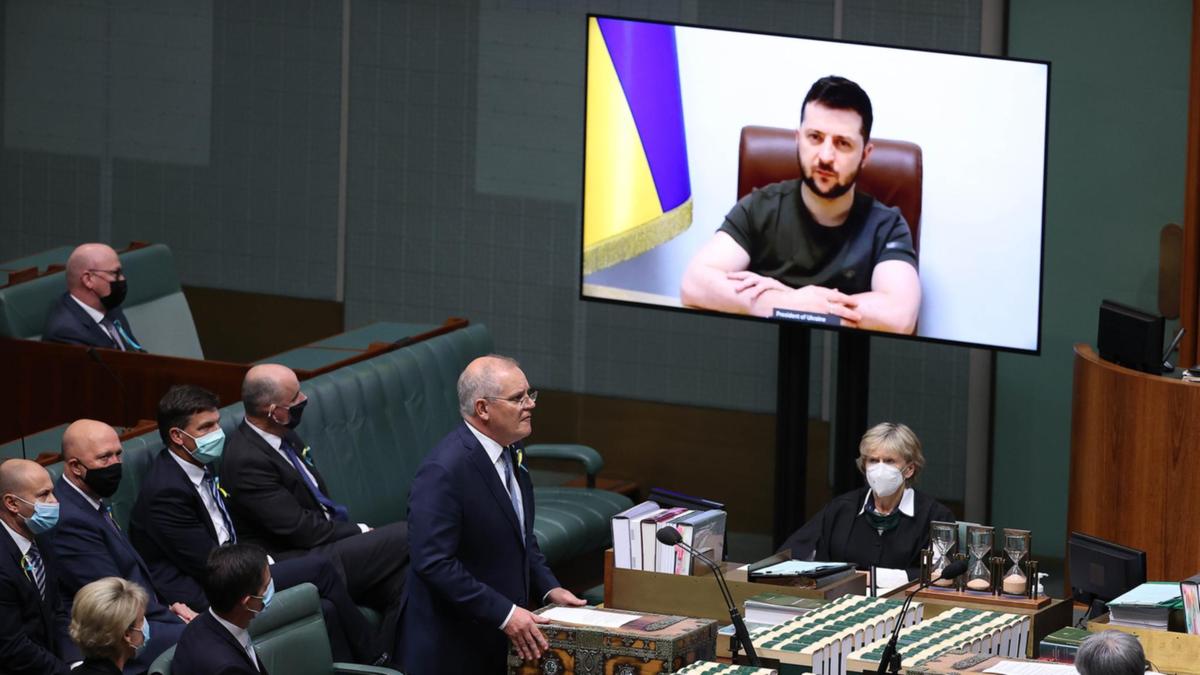 Peter Dutton has likened Vladimir Putin to Adolf Hitler, as Australia sends its latest round of military aid to Ukraine.

The first three of the 20 Bushmaster trucks promised to Ukraine left Brisbane on Friday morning, after a plea from President Volodymyr Zelenskyy to Canberra last week.

Russia’s continued war against Ukraine had earlier culminated in it being suspended from the United Nations Human Rights Council after claims horrific war crimes were being committed against Ukrainian civilians.

The Defence Minister said Australia would continue to stand “against dictators”, and stood alongside Ukraine in the face of Russian President Vladimir Putin’s “tyranny”.

“We stand against tyranny and against autocrats that want to crush our way of life,” Mr Dutton told the Nine Network.

“People have fought and died for the freedoms that we have in our country.

“We can’t just take for granted what we have in our system of democracy in freedom of speech, the treatment of women, that everybody is equal within our society.

“These are values that dictators like Putin and Hitler and others will always be against. We need to stand up against them.”

The comparison of Mr Putin to Hitler has been circulated around the world, and contrasts Mr Putin’s argument that his invasion of Ukraine was to protect against Nazism.

On Thursday, the UN General Assembly overwhelmingly voted to suspend Russia from the Human Rights Council as punishment for their invasion of Ukraine.

It’s the second time in the UN’s history that a country has been suspended from the council, after Libya was ousted in 2011.

The significant move comes amid allegations of massacres and rapes in the town of Bucha, which sent shockwaves throughout the world.

Mr Dutton said the sending of Bushmasters to Ukraine would be a “big win” for the Ukrainian forces in their attempts to “stare down the barbaric efforts of the Russian forces”.

The Australian government is yet to expel the Russian ambassador from Canberra, despite mounting pressure from the Opposition to do so.

Earlier this week, sanctions were placed on more Russian individuals, but Aleksey Pavlovsky remains in Canberra.

“I think it’s really important that the global community is making a statement and does not leave unanswered the appalling behaviour of Russia in Ukraine,” Deputy Labor leader Richard Marles told the Nine Network.

“We’re offering the suggestion (to expel Mr Pavlovsky) in that spirit.”

These horrors do have an economic upside