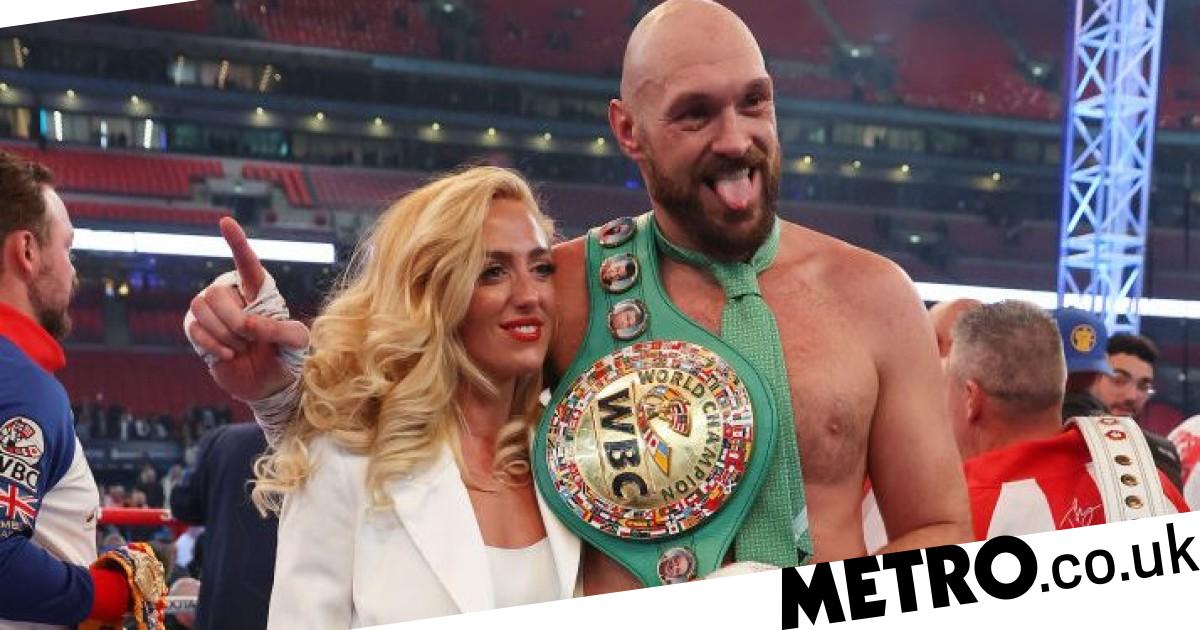 Paris Fury was on hand to celebrate husband Tyson’s boxing win in style – with a swanky family breakfast.

The athlete put on a sensational display in the ring on Saturday night, beating Dillian Whyte at a packed out Wembley Stadium.

And he was joined by his loved ones – including brother Tommy Fury and his girlfriend, Molly-Mae Hague – for a meal the following morning.

Taking to Instagram, Paris, who is rumoured to be expecting her seventh child with the boxer, shared a glimpse into their festivities, posting a selfie of everyone gathered at the table.

‘Family celebration,’ she captioned the upload, before sharing a boomerang of the snacks on offer.

They are thought to have a lot to celebrate at the moment, as Paris is said to be pregnant – however, she has not addressed the rumours publicly.

Tyson’s pal, Carl Froch, has claimed that they are now expanding their brood even further.

The former professional boxer was quizzed on whether his friend will bow out from the sport following his fight against Dillain.

‘Well, listen, he has got five or six children, I don’t want to get it wrong,’ he said on BBC Breakfast.

‘He has got a lot of kids and I think Paris, his wife, is pregnant, so why not sail off into the sunset.’

The couple met when Paris was just 15, and started to date shortly after her 16th birthday celebrations – tying the knot in 2008.


MORE : Girls star Jemima Kirke says Conversations with Friends role was ‘a stretch’: ‘I thought, this is marriage written by a 22-year-old’

Antonio Banderas on how Puss In Boots is tackling hard…