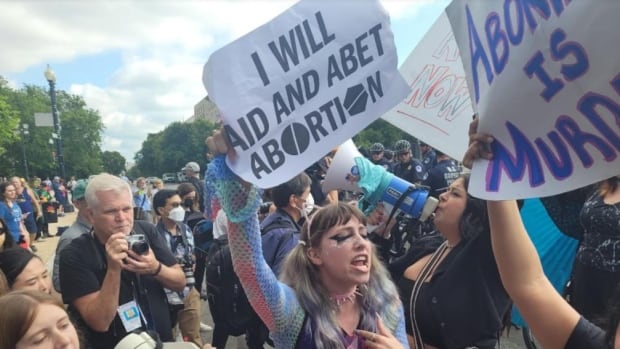 The U.S. Supreme Court has overturned the Roe v. Wade opinion that has secured constitutional protections for abortion in the U.S. for nearly 50 years.

The milestone ruling, a draft of which was leaked last month, has the potential to claw back abortion access across the country by allowing states to restrict or outright ban the procedure.

The 6-3 decision delivered by Justice Samuel Alito, with all three liberal justices dissenting, reverses the historic 1973 Roe v. Wade decision. That original ruling found that a woman’s decision to terminate a pregnancy was protected by the right to privacy that flows from the 14th Amendment of the U.S. Constitution, which protects a citizen’s right to “life, liberty and property.”

The state could only interfere with that right, the court found, after a fetus reached the “viability” stage, around 22-24 weeks of pregnancy, when the fetus could be considered viable outside the womb.

The case before the court, Dobbs vs. Jackson Women’s Health Organization, centred on a Mississippi law banning abortion after 15 weeks.

The Supreme Court’s decision to overturn a lower court ruling that found, in line with the Roe v. Wade precedent, that the ban was unconstitutional does not mean abortion will be automatically outlawed across the country.

Rather, individual state legislatures will now decide how to regulate the medical procedure and to what extent they want to allow, restrict or ban it outright.

Roughly half the states in the U.S., largely in the South and Midwest, have already signalled that they will likely move quickly to ban abortion or restrict access to it to some degree.

The administration of U.S. President Joe Biden has been considering what executive action could be taken to thwart the top court’s ruling, but any such attempt would likely also face legal challenges. Vice-President Kamala Harris convened a roundtable earlier this month of constitutional law professors and privacy experts on the potential consequences to strategize over the expectation that the landscape would shift.

Tensions high ahead of ruling

The opinion leak, first reported by Politico, and news that a majority of five of the conservative judges seemed set to overturn Roe v. Wade, sparked outrage and protests across the country. A 2.4-metre tall fence was erected around the Supreme Court in the days after the leak as part of ramped-up security measures.

In its latest terrorism advisory bulletin, the Department of Homeland Security warned of “individuals who advocate both for and against abortion have, on public forums, encouraged violence, including against government, religious, and reproductive healthcare personnel and facilities.”

Some buildings housing organizations known to be opposed to abortion have been vandalized in recent weeks, while on the opposite end of the issue, arson damaged a Wyoming clinic that soon planned to offer abortions to pregnant people.

On Capitol Hill, lawmakers from both parties have expressed concern about protesters showing up on the streets outside of the homes of some of the conservative justices, though they have gathered peacefully. In an incident separate from those demonstrations, an armed man who travelled from California to Justice Brett Kavanaugh’s residence in Maryland has been charged with attempted murder.

Inside the lavish £350,000 car collection of TikTok star Khaby Lame from Mercedes to Range Rovers

Did People Really Miss The Actual ‘White Lotus’ Twist This…