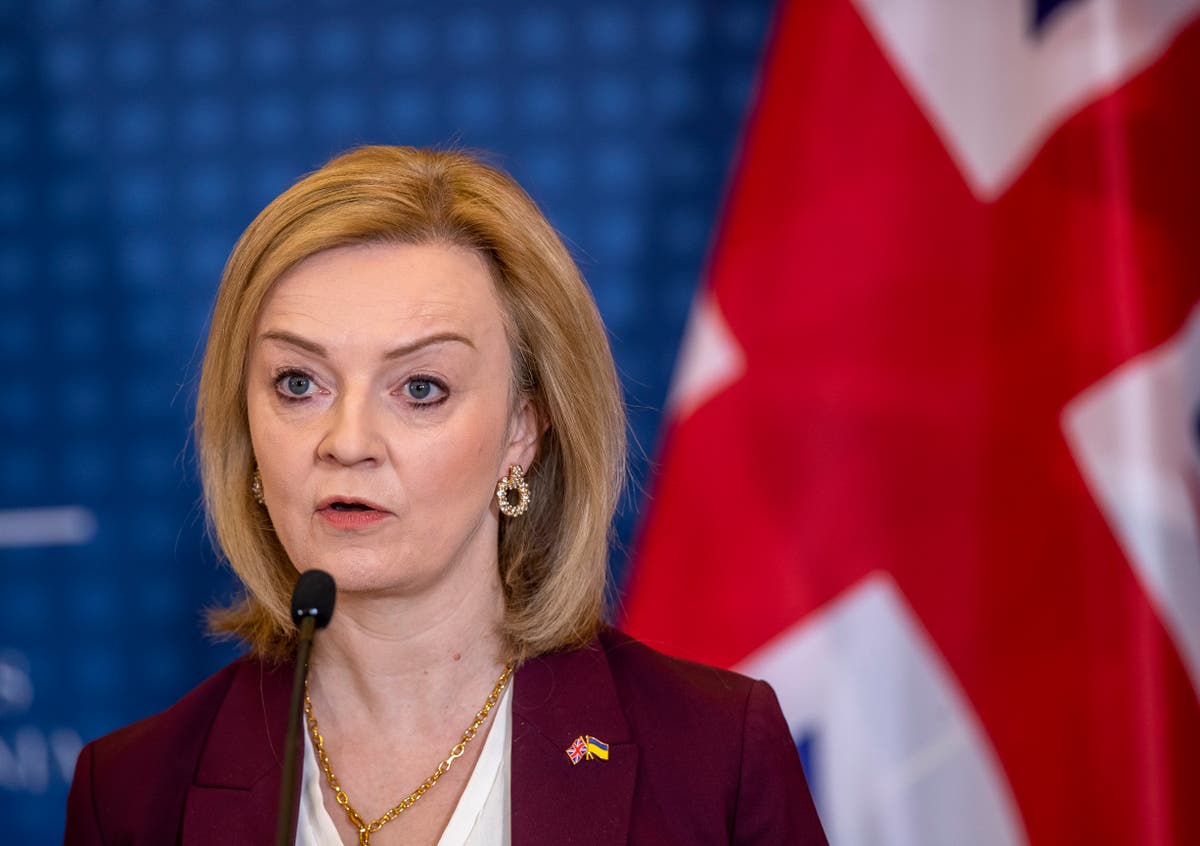 The UK and EU have imposed sanctions on 178 Russian separatists in the Donbas region who backed the illegal invasion of Ukraine – vowing to crack down on those “aiding and abetting” Vladimir Putin’s war machine.

Britain joined Brussels in targeting those behind the so-called Donetsk and Luhansk People’s Republics, with Liz Truss saying that the shelling of a railway station in Kramatorsk had spurred the west into action.

The foreign secretary said: “In the wake of horrific rocket attacks on civilians in eastern Ukraine, we are today sanctioning those who prop up the illegal breakaway regions and are complicit in atrocities against the Ukrainian people.”

Ms Truss added: “We will continue to target all those who aid and abet Putin’s war. We will not rest in our mission to stop Putin’s war machine in its tracks.”

The foreign secretary also said that the latest UK sanctions package would extend the import ban on Russian goods.

“From tomorrow, we are banning the import of Russian iron and steel, as well as the export of quantum technologies and advanced materials that Putin sorely needs,” said Ms Truss.

Russia has refocused its military efforts in recent weeks as Russian president Vladimir Putin looks, according to Western intelligence, to mount an offensive on the separatist Donbas region.

Top individuals sanctioned by both the UK and EU include Alexander Ananchenko and Sergey Kozlov – self-styled prime minister and chair of government of the so-called Donetsk and Luhansk People’s Republics.

Some of the relatives and associates of oligarchs targeted by the Foreign Office for new UK sanctions include Pavel Ezubov – cousin of Oleg Deripaska, and Nigina Zairova, executive assistant to Mikhail Fridman.

Mr Johnson’s government has come in for criticism for failing to crack down quickly enough on individual oligarchs and the flow of Russian “dirty money” connected to the UK.

But the Foreign Office said the UK has now sanctioned over 1,400 individuals and businesses – including over 100 oligarchs and family members – since the invasion of Ukraine began.

The government has promised a second Economic Crime Bill in the months ahead, after MPs and campaigners claimed the first bill was rushed through with too many “loopholes”, allowing oligarchs to hide their wealth behind trusts and other complex financial vehicles.

Meanwhile, Brussels has been criticised for failing to act quickly enough on Russian energy dependence.

Despite a EU ban on coal from Russia, and moves to ban oil, consensus among the 27 EU member countries on ending Russian gas supply has proved more difficult to secure.

Though Berlin has agreed to wean itself off Russian fossil fuels by mid-2024, the German chancellor Olaf Scholz said last week it was not possible to cut his country’s supply of Russian gas quickly.