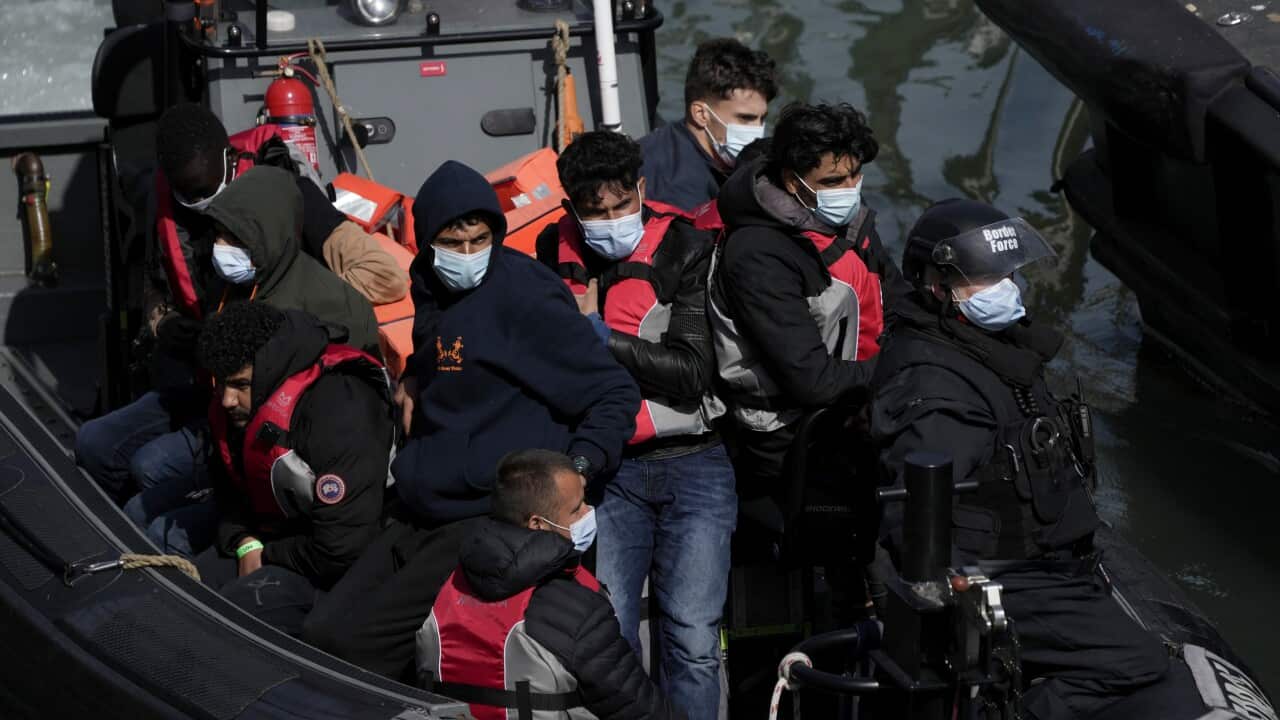 UK Home Secretary Priti Patel suggested in an interview published on Saturday that a European court’s intervention to to Rwanda was politically motivated.
“You’ve got to look at the motivation,” she told the Daily Telegraph, after the European Court of Human Rights (ECHR) stepped in on Tuesday, just as the flight was due to leave for Kigali.

“How and why did they make that decision? Was it politically motivated? I’m of the view that it is, absolutely.

“The opaque way this court has operated is absolutely scandalous. That needs to be questioned.”
Ms Patel said the government had not been told the identity of the ECHR judges and had not received the full ruling of the order not to remove the migrants until a review of the policy was complete.
“They’ve not used this ruling previously, which does make you question the motivation and the lack of transparency,” she added.
The UK government, which promised to tighten borders after Brexit, is under pressure to deal with record numbers of migrants crossing the Channel in small boats from northern France.

More than 11,000 people have been intercepted and brought ashore so far this year – almost double the number at the same time 12 months ago.

It is hoping to reduce pressures including accommodation costs estimated at $8.8 million a day by sending some asylum seekers on a one-way ticket for resettlement in Rwanda.

Some 130 asylum seekers were originally scheduled to be on Tuesday’s flight but the numbers were whittled down to zero after a series of legal challenges on human rights grounds.

The government in London is considering rewriting the UK Human Rights Act, which is based on the European Convention of Human Rights, to make it easier for it to deport migrants.
Prime Minister Boris Johnson has criticised lawyers for taking on asylum cases and Ms Patel’s claim of a political dimension to the EHCR decision fits into a government narrative about threats to UK sovereignty by European bodies.

But the rights court is not part of the European Union, which the UK left in January last year, and London helped to set up the tribunal and draft the convention.

Mr Johnson, returning on Saturday from a surprise visit to Kyiv on Friday, told reporters the government would forge ahead with the controversial deportation plan.
“Every single court in this country said that there was no obstacle that they could see. No court in this country ruled the policy unlawful – which was very, very encouraging,” he added.
“We are very confident in the lawfulness of what we are doing and we are going to pursue the policy.”
Ms Patel also said the government would not be deterred, and her Home Office department has embarked on a 12-month pilot project to electronically tag some migrants.

It said the scheme “will test whether electronic monitoring is an effective means by which to improve and maintain regular contact with asylum claimants who arrive in the UK via unnecessary and dangerous routes and more effectively progress their claims toward conclusion”.

Thousands of people demonstrated during this weekend’s march to parliament against the UK government’s plans to deport asylum seekers to Rwanda. Source: EPA / Andy Rain

But Stephen Kinnock, the main opposition Labour party’s spokesman on immigration, said he was opposed to tagging people who arrived in small boats or in the back of lorries.

Most were fleeing violence and persecution and may have been victims of torture and human trafficking, he told Times Radio.
“Electronic tagging will always be associated with criminals and with criminal behaviour, and I just feel that we would be demonising these people if we were to go down that path,” he added.
The chief executive of the Refugee Council, Enver Solomon, said the scheme showed “no compassion for very vulnerable people”.

He told the BBC it was a “diversion tactic” from the government’s “complete failure to run the asylum system in an orderly fashion”.