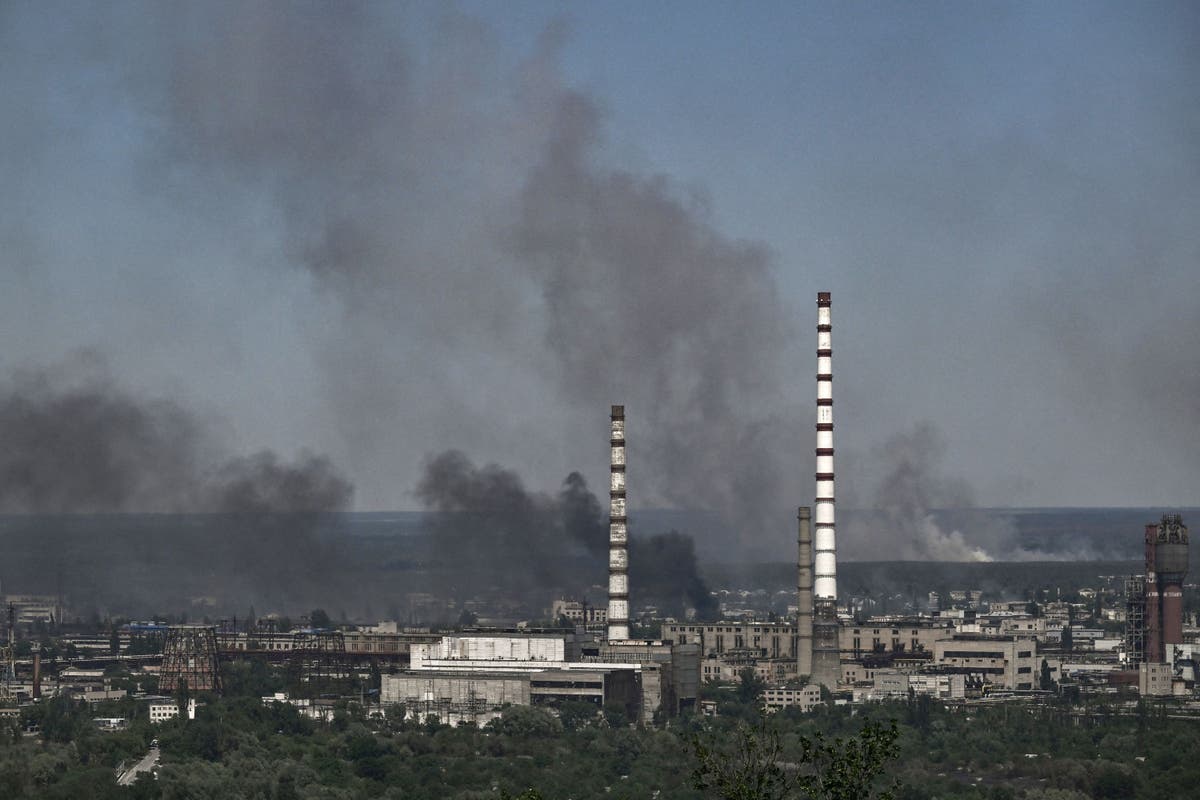 Ukrainian soldiers describe what life is like in the trenches

A former British soldier has reportedly been killed fighting for Ukraine in the embattled eastern city of Sievierodonetsk.

Jordan Gatley was shot and killed recently in the eastern Donbas region, his father said in an emotional Facebook post on Saturday.

“Jordan left the British Army in March this year to continue his career as a soldier in other areas. The war against Europe had begun so, after careful consideration, he went to the Ukraine to help,” his family said.

“He truly was a hero and will forever be in our hearts,” they added.

His death comes as Russia attempts to use its artillery superiority to its advantage in its assault against Sievierodonetsk, according to the British Ministry of Defence’s (MoD).

The latest military intelligence report added that the Kremlin was likely preparing to commit all three battalions of some brigades to operations simultaneously. Usually, one is left in reserve.

“The third battalions within brigades are often not fully staffed – Russia will likely have to rely on new recruits or mobilised reservists to deploy these units to Ukraine,” the MoD said.

“After the missile strike at the Ternopil region, ten people are still in hospitals. There was no tactical or strategic sense in this strike, as in the vast majority of other Russian strikes. This is terror, just terror,” Mr Zelensky said in his nightly address on Sunday.

He added that the victims include a 12-year-old girl from Kharkiv. “She went to the Ternopil region to flee from the Russian army. And such facts will now determine perception of Russia in the world. Not Peter I or Lev Tolstoy, but children wounded and killed by Russian strikes,” he said.

Urging the allies to back Ukraine with more artillery, Mr Zelensky said: “Today is the 109th day of a full-scale war, but it is not the 109th day as we tell our partners a simple thing: Ukraine needs modern missile defense systems.”

“The supply of such systems was possible this year, last year and even earlier. Did we get them? No. Do we need them? Yes. There have already been 2606 affirmative answers to this question in the form of various Russian cruise missiles that have hit Ukrainian cities.”

Watch: Ukrainian soldiers describe what life is like in the trenches

Ukrainian soldiers describe what life is like in the trenches

Ukraine’s First Lady has opened a refugee centre in Lithuania, where tens of thousands of Ukrainians have fled since Vladimir Putin launched his invasion.

“We wanted Ukrainians who were forced to come to Lithuania because of the war to have a truly native place. So that the centre will be the place where it is possible to address on any matter – help or communication,” Olena Zelenska said.

In total, almost five million Ukrainians who fled their homeland because of the conflict are living elsewhere in Europe, according to the UN.

Vladimir Putin has urged Russian citizens to “be united” and build on the “deep feelings of patriotism” in a speech to mark Russia Day as the war in Ukraine raged on.

Mr Putin praised former Russian ruler Peter the Great, the 18th Century tsar who he earlier this week compared himself to. Calling him a “great reformer”, Mr Putin paid tribute to his “profound transformations” and urged Russian citizens to recognise the strength of century-old traditions.

Watch: McDonald’s in Russia reopens as Vkusno i Tochka

McDonald’s in Russia reopens as Vkusno i Tochka

Russia’s third battalions within brigades are often not fully staffed, meaning Moscow’s forces will likely have to rely on new recruits or mobilised reservists to deploy these units to Ukraine, according to an intelligence update.

The latest update from the UK Ministry of Defence (MoD) adds: “Deploying all three of their battalions simultaneously will likely reduce formations’ longer term capacity to regenerate combat power after operations.”

Images capture Ukrainian servicemen fire towards Russian troops with a tank at a position in the eastern Donetsk region.

Ukrainian intelligence suggests Russian forces are planning “to fight a longer war”, according to a US-based think tank.

The Institute for the Study of War cited the deputy head of Ukraine’s national security agency as saying that Moscow had extended its war timeline until October, with adjustments to be made depending on any successes in the Donbas.

The intelligence “likely indicates the Kremlin has, at a minimum, acknowledged it cannot achieve its objectives in Ukraine quickly and is further adjusting its military objectives in an attempt to correct the initial deficiencies in the invasion of Ukraine”, it said.

A major depot in western Ukraine’s Ternopil region containing US and European weapons has been destoryed by Russian cruise missiles, Russia‘s Interfax agency has reported.

Ternopil’s governor said rockets fired from the Black Sea at the city of Chortkiv had partly destroyed a military facility and injured 22 people. A local official said there were no weapons stored there.