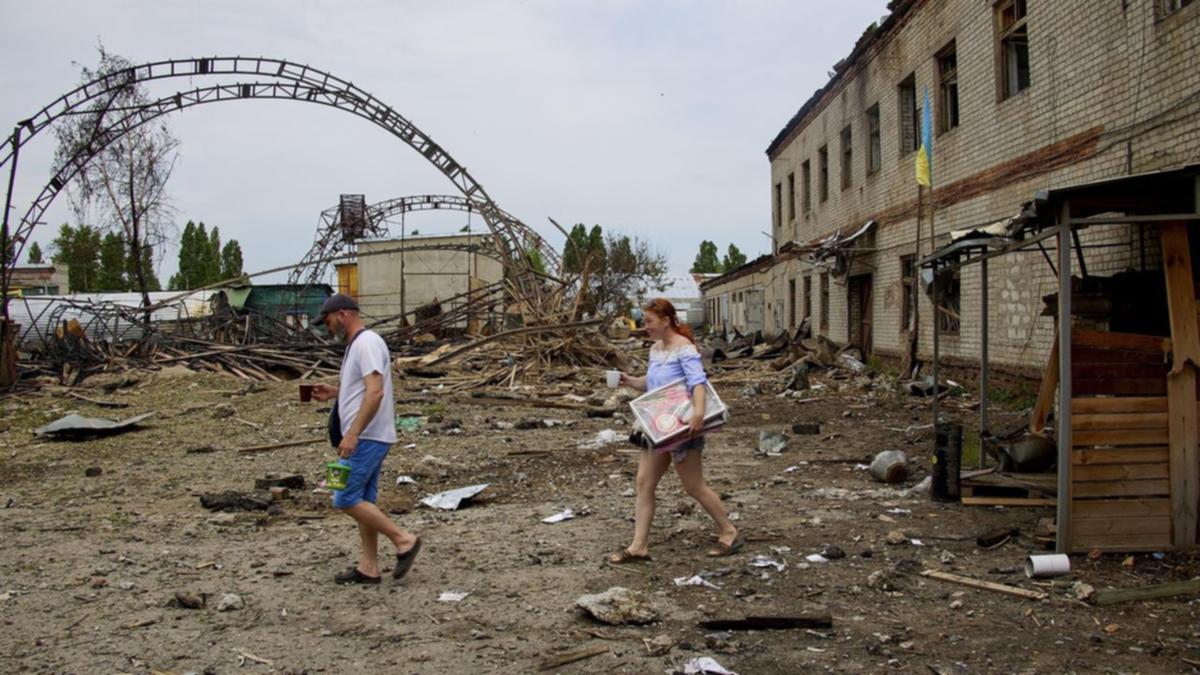 Ukraine claims to have recaptured a large chunk of territory in the devastated eastern city of Sievierodonetsk and foiled an attempted advance by Russian troops on the 100th day of Moscow’s invasion.

A war that Western countries believe Russia planned to win within hours has ground on for more than three months at a cost of thousands of lives and disruption to the global economy. Moscow was driven back from Kyiv and launched a huge new assault in the east.

Ukraine’s defence minister said his soldiers were training in Europe to operate advanced missile systems pledged this week by the United States and Britain, which Kyiv hopes will help swing the battle in its favour.

On Friday, the Ukrainian head of the Luhansk region Serhiy Gaidai told national television that Ukrainian troops had recaptured around 20 per cent of the territory they had lost to Russian forces in Sievierodonetsk.

Reuters reached Sievierodonetsk on Thursday and was able to verify that Ukrainians still held part of the city, but could not verify Gaidai’s claim.

Two Reuters journalists were injured and a driver killed after their vehicle came under fire as they tried to reach Sievierodonetsk from an area controlled by Russian-backed separatists.

Gaidai said the Russians were shelling Ukrainian positions for hours and then advancing, only to be repulsed by defenders.

“But as soon as we have enough Western long-range weapons, we will push their artillery away from our positions. And then, believe me, the Russian infantry, they will just run.”

Russian soldiers attempted to advance towards Lysychansk, across the Siverskyi Donetsk River from Sievierodonetsk but were forced to retreat, Ukraine’s military general staff said.

Ukraine’s President Volodymyr Zelenskiy said in an overnight address that Kyiv was expecting more “good news” on foreign arms, after the latest $700 million US weapons package for Ukraine. “Victory will be ours,” he said later on Friday in a video address from outside his Kyiv office to mark 100 days of the war.

Moscow says the Western weapons will pour “fuel on the fire,” but will not change the course of what it calls a “special military operation” to disarm Ukraine and rid it of dangerous nationalists.

For both sides, the massive Russian assault in the east in recent weeks has been one of the deadliest phases of the war, with Ukraine saying it is losing 60-100 soldiers every day.

The war has had a devastating impact on the global economy, especially for poor food-importing countries. Ukraine is one of the world’s leading sources of grain and cooking oil, but those supplies were cut off by the closure of its Black Sea ports, with more than 20 million tonnes of grain stuck in silos.

The talks came as UN Secretary-General Antonio Guterres tries to broker what he calls a “package deal” to resume both Ukrainian food exports and Russian food and fertiliser exports.

Kyiv and its allies blame Moscow for blockading the ports, which Ukraine has mined to prevent a Russian amphibious assault. Russian President Vladamir Putin blamed Western sanctions and said sanctions should be lifted on Belarus, to allow Ukraine to export through its neighbour, an ally of Moscow.