Ukraine-Russia war: NATO will increase its forces on the eastern flank 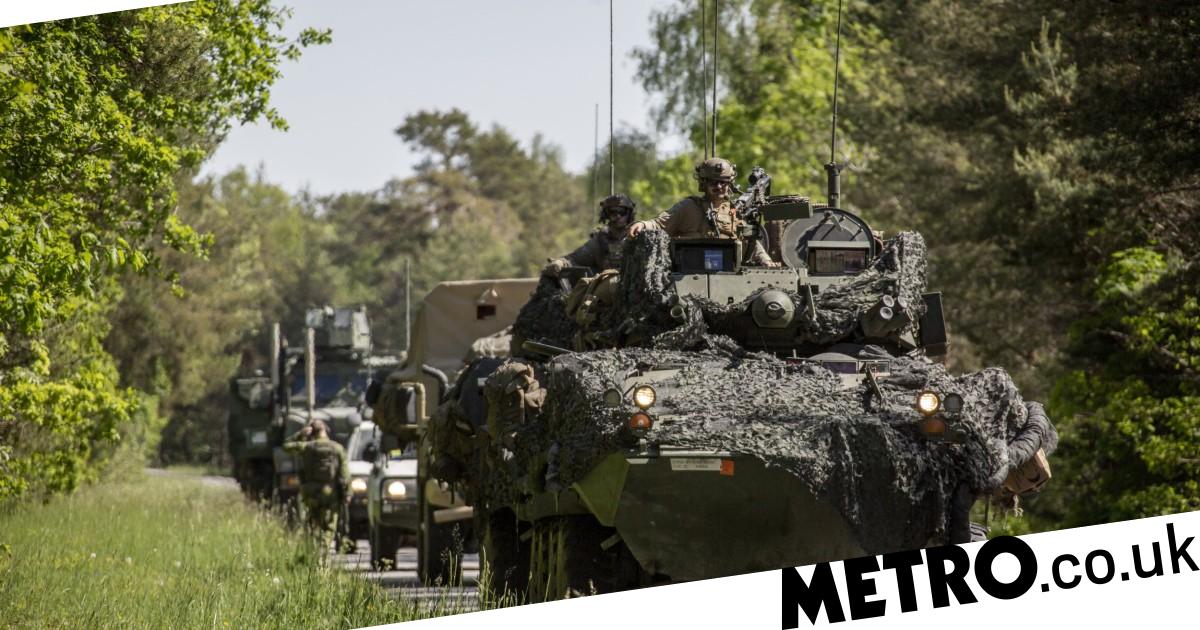 NATO has announced it will boost forces on its eastern flank as Vladimir Putin’s brutal war with Ukraine enters its fifth month.

For the first time since the Cold War, the alliance will have ‘pre-assigned forces to specific countries in the east, linked to our defense plans’.

This is to enable a faster response in case of a threat, following repeated Russian propagandist threats that ‘nuclear war could be coming’.

Long-term plans to help Ukraine defend itself against Moscow’s aggression have been discussed as peace talks flop once again.

The alliance’s Secretary General Jens Stoltenberg said today: ‘We made clear that all countries have the right to choose their own path without outside interference.

‘Russia’s aggression is a game-changer. So Nato must maintain credible deterrence and strong defence.

‘Today, ministers addressed the scale of our future posture and how we can step up across all domains, with substantially strengthening our presence, capabilities and readiness.

‘This will mean more Nato forward deployed combat formations to strengthen battle groups in the eastern part of the alliance, more air, sea and cyber defences, as well as pre-position equipment and weapon stockpiles.’

It comes as Germany confirmed it will strengthen its engagement in Lithuania, while France is determined to increase its presence in Romania.

Russian forces are pushing their offensive in Ukraine’s eastern Donbas region, slowly but steadily gaining ground on the badly outmanned and outgunned Ukrainian forces, who are pleading for more arms from Western allies.

It’s hoped humanitarian corridors could soon be opened as some 500 civilians are trapped at the Severodonetsk chemical facility, with Russian troops demanding soldiers surrender.

Severodonetsk is one of the final cities in the Donbas region that Russia is yet to control.

About 20% to 30% of Russia’s armoured force has now been lost overall, General Mark Milley, the Chief of Staff of the US Army, has estimated.

Meanwhile, it’s thought Ukraine continues to report between 100 to 200 military casualties per each.

Questioned on whether the war-torn nation can continue to fight back with these losses, Mr Milley said: ‘This is an existential threat. They’re fighting for the very life of their country.

‘So, your ability to endure suffering, to endure casualties is directly proportional to the object to be attained.’

The UK unveiled its latest wave of sanctions on Russia on Thursday – targeting those said to be involved in the ‘barbaric’ treatment of children in Ukraine.

Russian children’s rights commissioner Maria Lvova-Belova is accused of ‘enabling 2,000 vulnerable children being violently taken from the Luhansk and Donetsk regions and orchestrating a new policy to facilitate their forced adoptions in Russia’.

Patriarch Kirill, head of Russian Orthodox Church has also been sanctioned for his prominent support of the Kremlin’s military aggression.

Foreign Secretary Liz Truss said: ‘Today we are targeting the enablers and perpetrators of Putin’s war who have brought untold suffering to Ukraine, including the forced transfer and adoption of children.

‘We will not tire of defending freedom and democracy, and keeping up the pressure on Putin, until Ukraine succeeds.’