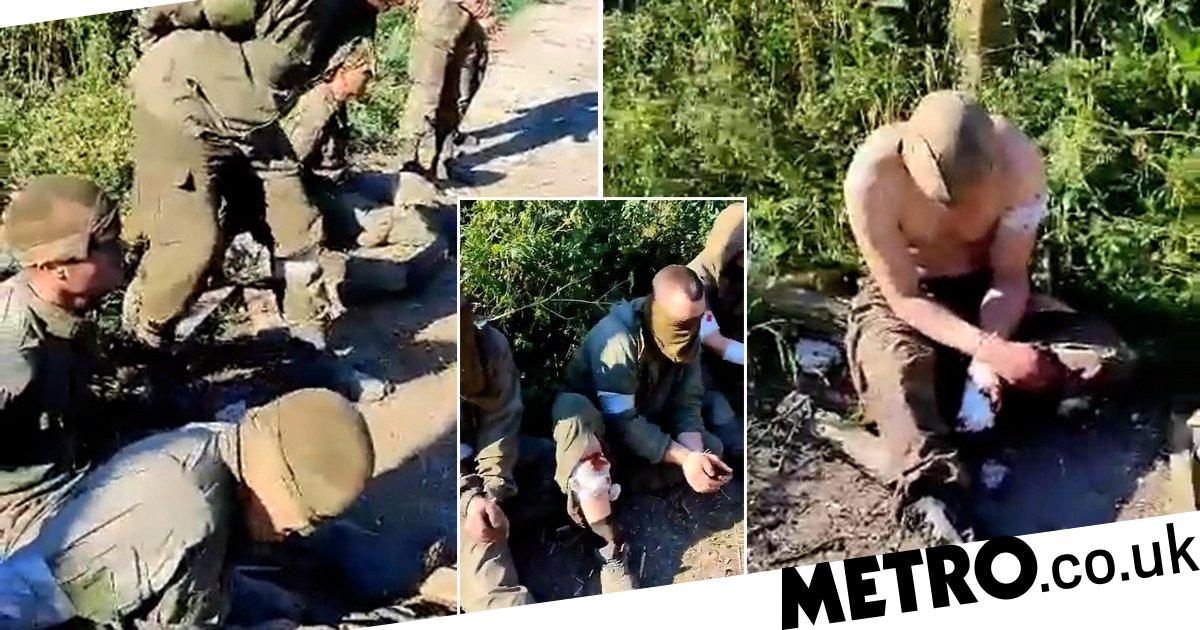 Footage of Russian soldiers who allegedly surrendered their weapons after being captured by Ukrainian forces has been shared online.

They were allegedly taken prisoner by the Ukrainian army during intense fighting in the country’s eastern region, not far from the city of Sievierodonetsk, the Daily Express reports.

In the footage, the captured soldiers can be seen sitting on the ground by the side of a road.

The majority are blindfolded and have their hands tied, some appear also appear to be wounded.

The footage, which has not been independently verified, comes as Luhansk continues to experience heavy bombardment from Russian forces.

Serhiy Gaidai, the governor of Luhansk, said Vladimir Putin was sending in extra soldiers to the region in a bid to seize the city of Sievierodonetsk.

‘Today, tomorrow, or the day after tomorrow, they will throw in all the reserves they have, because there are so many of them there already, they’re at critical mass,’ he said.

Ukrainian armed forces attempting to defend Sieverodonetsk have suffered setbacks with Russian forces successfully encroaching on the outskirts of the city.

Ukrainian MP Ivanna Klympush-Tsintzadze told Sky News that the country was losing territory and at risk of defeat in its eastern battle unless more weapons arrived.

She added that Ukraine’s military resources were outnumbered 10-1 by Russia.

The call for help comes as Moscow’s separatists claimed to have captured Toshkivka, a town on the mostly Ukrainian-held western bank of the Siverskyi Donets river, south of Sievierodonetsk.

Ukraine acknowledged that Moscow had success in Toshkivka and said the Russians were trying to gain a foothold there to make a breakthrough into the wider, Ukrainian-held pocket of the eastern Donbas region.

It also confirmed a Russian claim to have captured Metyolkine on Sievierodonetsk’s eastern outskirts.

Oleksander Stryuk, the mayor of Sievierodonetsk said Russian forces controlled about two-thirds of the city, including most residential areas, and Moscow kept throwing forces at the Ukrainians in an attempt to take over completely.