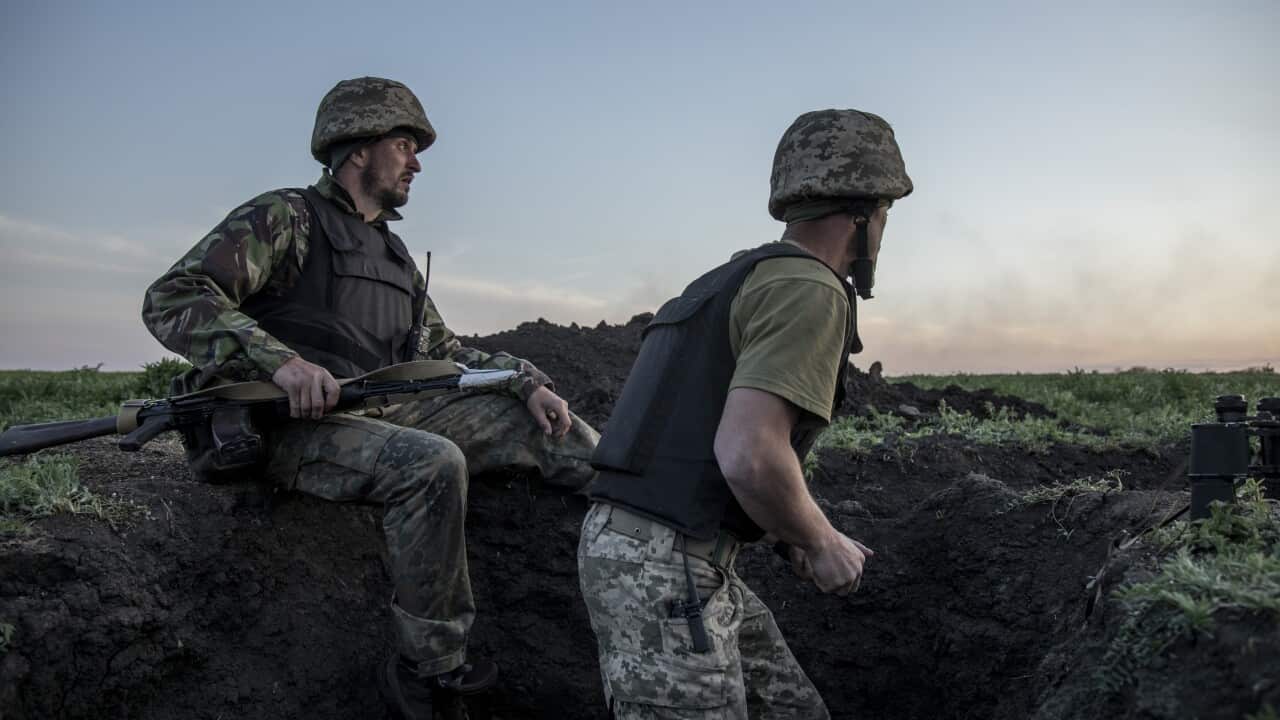 The governor of Ukraine’s eastern Luhansk province, now almost completely under Russian control, says Ukrainian forces might have to retreat from their final pocket of resistance there to avoid being captured.
Serhiy Gaidai said in a Telegram post that Russian troops had entered Sievierodonetsk, the biggest city held by Ukraine in the eastern Donbas region, where Russia’s biggest advance for weeks has shifted the momentum of the three-month war.

Russia has been trying to trap Ukrainian forces in Sievierodonetsk, where Mr Gaidai previously said 90 per cent of buildings were destroyed, and Lysychansk, its twin city across the river.

“The Russians will not be able to capture Luhansk region in the coming days as analysts have predicted,” Mr Gaidai said on Telegram, referring to the near-surrounded cities.
“We will have enough strength and resources to defend ourselves. However it is possible that in order not to be surrounded we will have to retreat.”

He said fighting continued on Sievierodonetsk’s outskirts but evacuations were still possible even though a key road out “is completely under fire”.

Russia’s separatist proxies said they now controlled Lyman, a railway hub.
Ukrainian officials said Russia had captured most of the town but said Ukrainian forces were blocking an advance to Sloviansk, a city a half-hour drive further southwest.
Ukrainian presidential adviser Oleskiy Arestovych said overnight that the well-organised attack on Lyman showed Russia’s military, which was driven back from the capital Kyiv in March, was improving its tactics and operations.

A Ukrainian retreat could bring President Vladimir Putin closer to his stated goal of capturing the Donetsk and Luhansk regions of east Ukraine in full.

UK Prime Minister Boris Johnson told Bloomberg UK that Mr Putin “at great cost to himself and to the Russian military, is continuing to chew through ground in Donbas”.
Russian forces gained ground in the Donbas area after piercing Ukrainian lines last week in the city of Popasna, south of Sievierodonetsk.
Russian ground forces have now captured several villages northwest of Popasna, the UK’s defence ministry said.
Reached by Reuters journalists in Russian-held territory on Thursday, Popasna was a burnt-out wasteland.
The bloated body of a dead man in combat uniform could be seen lying in a courtyard.
Natalia Kovalenko had left the cellar where she sheltered to live in the wreckage of her flat, its windows and balcony blasted away.
She said a shell hit the courtyard outside, killing two people and wounding eight.
“I just have to fix the window somehow. The wind is still bad,” she said.
“We are tired of being so scared.”
In the south, where Russia has seized a swathe of territory since the 24 February invasion, Ukrainian officials believe Russia aims to impose permanent rule.

On the diplomatic front, European Union officials said a deal might be reached by Sunday to ban deliveries of Russian oil by sea, accounting for about 75 per cent of the bloc’s supply, but not by pipeline – a compromise to win over Hungary and unblock new sanctions.

The Moscow branch of Kyiv’s Orthodox Church said Friday it was cutting ties with Russia over its invasion of Ukraine, declaring “full independence” in a historic move against Russia’s spiritual authorities.
“We disagree with the position of Patriarch Kirill of Moscow … on the war,” the church said in a statement after holding a council focused on Russia’s “aggression” and declaring the “full independence and autonomy of the Ukrainian Orthodox Church”.
The Moscow branch of Ukraine’s Orthodox Church has until now formally pledged allegiance to Russia’s Patriarch Kirill, who has expressed clear support for President Vladimir Putin’s offensive in Ukraine.
“The Council condemns war as a violation of God’s commandment ‘You shall not kill!’ and expresses condolences to all those who are suffering in the war,” it said.
It said its relations with the Moscow leadership had been “complicated or absent” since martial law was declared in Ukraine.

The council also appealed to both Ukraine and Russia to “continue the negotiation process” and find a way to “stop the bloodshed”.