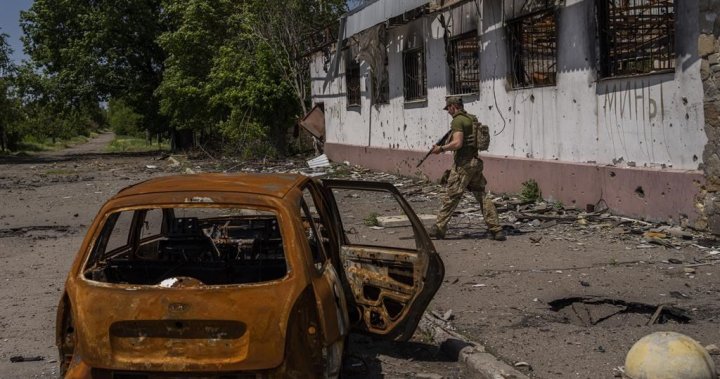 It’s been 100 days since the first Russian bomb dropped in Ukraine, and those who have fled to Manitoba are reflecting on the grim milestone.

spent 18 days in a bunker in Kyiv before fleeing to Europe en route to Winnipeg.

She says being on Canadian soil is a blessing, but it’s been an emotional transition as she recalls the pain of the war back home.

“My days are filled with sunshine and joy .. .but when I talk about it hurts,” she said.

Chepiha says the support she’s received so far in Winnipeg is indescribable.

“I was so surprised because (the) very kind people who I met … helped me so much with my things.”

Chepiha is one of almost a thousand Ukrainians who have arrived in Manitoba, and the Ukrainian Canadian Congress has has played a major role in helping them get settled in the province.

“I can’t believe its been that long,” said UCC President Joanne Lewandosky. “It’s gone by quickly, however, there’s been some potholes.”

Lewandosky says it been a bumpy road dealing with housing logistics but the issues are smoothing out now that financial assistance is available through Ottawa.

The federal government announced financial help for Ukrainian refugees by way of a one time payment of $3,000 for each adult and $1,500 for each child.

According to Lewandosky, that kind of money is a life changer.