UP Board class 10, 12 exam results: A farmer’s son & a shop owner’s daughter: Meet this year’s toppers 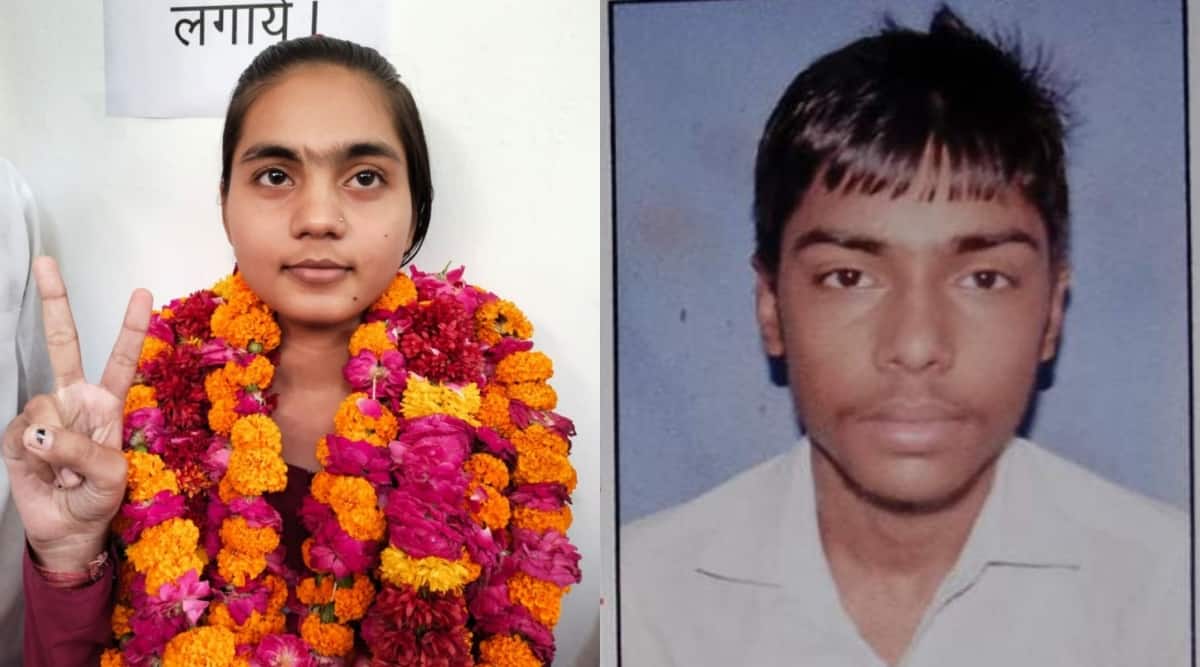 As the UP Board results of class 10 and 12 exams were announced on Saturday, for this year’s toppers – Prince Patel and Divyanshi – they were a culmination of hours of self-study and hard work that helped them beat the odds and excel. Both Prince and Divyanshi are native to Fatehpur district and both of them also come from modest backgrounds. Prince’s father is a farmer and Divyanshi is the daughter of a cloth shop owner.

The Sunday Express spoke to the two toppers to know more about their journey:

The son of a farmer, Prince belongs to a village in Uttar Pradesh’s Fatehpur district. He says that he studied eight to 10 hours every day, while staying at the hostel of Anubhav Inter College in Kanpur’s Murlipur area.

Prince’s father Ajay Kumar, who owns 10 bighas of land and some cattle, is a farmer. His younger brother, Anant, studies in Class 2 while his mother Shivkanti Devi is a homemaker.

Talking about how he studied for the exams, he said, “I used my smartphone to watch educational purposes on YouTube and WhatsApp and, also studied in classrooms,” he said adding that he did not like being away from school during the Covid-19 pandemic for around two years.

When asked about his future plans, he said he wants to attend National Defence Academy and join the Indian Army after class 12. Prince scored 100 in mathematics and science, 99 in English, 98 in Hindi and 93 in social science. His overall score was 586 out of 600 — 97.67 per cent.

Divyanshi topped UP Board class XII examinations by scoring 477 out of 500. She has three sisters and her elder sister Diksha was also among the Top 10 scorers of Class XII a couple of years back. Her father Radhe Krishna says that Divyanshi wants to be a professor. “But let’s see, I don’t know what she will do. She can do what she wants,” he adds.

Talking about her study schedule, Divyanshi said, “I took guidance from my sister Diksha, and never felt the need for tuition classes. I learnt to manage my time well and study smartly,” said Divyanshi. “I would like to credit my parents, teachers and principal Vinay Pratap Singh for the results because they have
always supported me,” adds Divyanshi.

Meanwhile, Chief Minister Yogi Adityanath on Saturday congratulated students for clearing the exams. “Hearty congratulations to all the students, their parents and teachers, who were successful in the UP Board 10th and 12th examination,” he tweeted in Hindi.