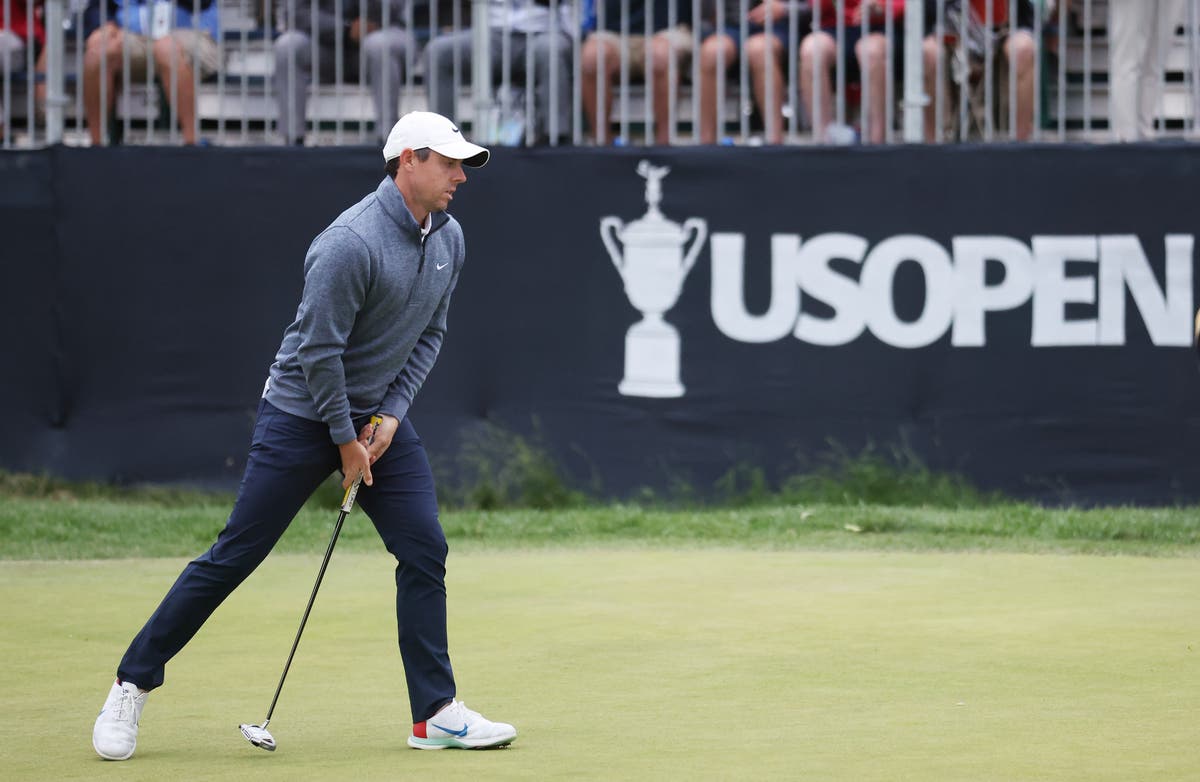 Matt Fitzpatrick will take a share of the lead into the final round of the US Open as he seeks a first major title and historic Brookline double.

Defending champion Jon Rahm looked set to finish an eventful Saturday on top of the leaderboard when he birdied the 14th, 15th and 17th to take the outright lead, only to run up a double bogey on the 18th. Rahm was unlucky to catch a fairway bunker with a well-struck drive, but then drilled his second shot into the face of the hazard and found more sand in front of the green with his third.

The resulting six dropped the Ryder Cup star back to three under par, a shot behind Fitzpatrick and Will Zalatoris on four-under, who had overcome the blustery conditions to shoot 68 and 67 respectively.

Rory McIlroy’s chances looked to be fading fast when he covered his opening seven holes in three over par to slip five behind world number one Scottie Scheffler, who had holed from 102 yards for an eagle on the eighth to reach six under.

However, Scheffler ran up a double bogey on the short 11th and dropped further shots on the next three holes, while McIlroy birdied the 11th and relied on a brilliant display of putting to keep the leaders in his sights on one under, despite a disappointing 73.

Home favourite Keegan Bradley is a two-under, alongside Scheffler and Canada’s Adam Hadwin, while the group at one-under includes Sam Burns and Joel Dahmen in addition to McIlroy.

Here’s everything you need to know ahead of the final round.

The tournament got underway on Thursday 16 June and will run to Sunday 19 June. It will be played at The Country Club in Brookline, Massachusetts.

The action will be shown on Sky Sports, with both Sky Sports Main Event and Sky Sports Golf carrying the coverage. If you’re not a Sky customer you can grab a NOWTV Day Pass here to watch without a subscription. We may earn commission from some of the links in this article, but we never allow this to influence our content. This revenue helps to fund journalism across The Independent.

What times does it start?

The final round will get underway shortly before 2pm BST while the TV coverage will start from 2pm on Sky Sports. The players will tee off in reverse leaderboard order, with leaders Fitzpatrick and Zalatoris the last to go.