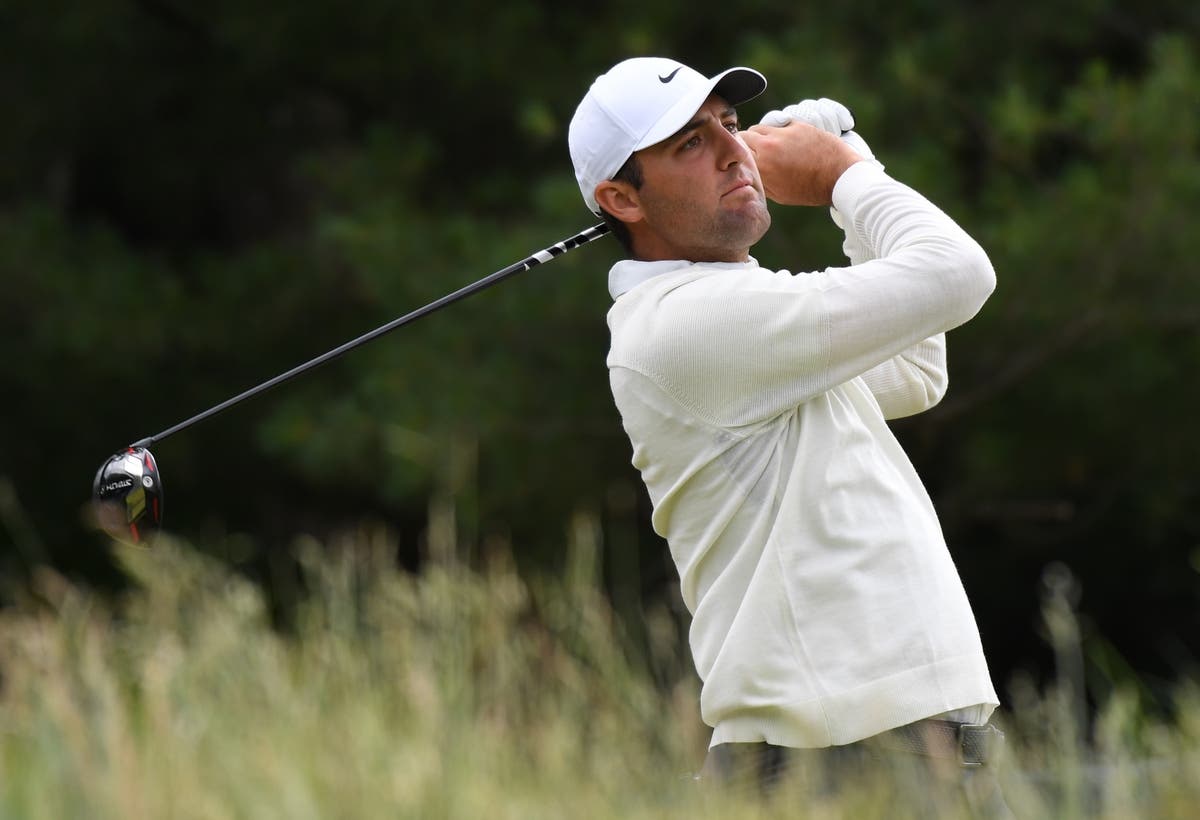 Follow all the latest updates and leaderboard moves from the third round of the US Open at Brookline, Massachusetts, after a host of big names got themselves in contention ahead of the weekend.

The Open champion Collin Morikawa led the way on Saturday morning alongside fellow American Joel Dahmen on five-under-par, but there were plenty of rivals in a tightly congested chasing pack, including world No3 Rory McIlroy and No2 Jon Rahm one shot back on -4. The world No1 Scottie Scheffler began two shots off the lead, while other notable chasers include the in-form Sam Burns (-2), Olympic champion Xander Schauffele (-1), and England’s Matt Fitzpatrick (-2), who won the US Open junior title at this venue.

Brookline has proved a challenging course so far and McIlroy illustrated exactly that on the third hole on Friday when he sent his approach into thick fescue grass, which he took three swipes to escape from before pulling off a brilliant 20-foot putt to limit the damage to a double bogey in an otherwise solid round. “I think I have to go out with the mindset this week that I’m going to try to win my first (major) again,” McIlroy said afterwards. “I’m playing as good a golf as I’ve played in a long time.”

Follow all the action from the third round of the US Open below.

The wheels are coming off the Morikawa train here…

It’s a DOUBLE BOGEY at the 7th. His tee shot is into the rough and he’s having to scramble from there. Leaves himself about 18 feet for par in the first cut and has a real thrash at it. It races a long way by and he misses the bogey return.

A double for Collin who drops to -2.

That sums up Rory McIlroy’s day. A poor second shot leaves him short of the 8th green in two but a lovely wedge with his 3rd leaves him less than 10 feet for birdie.

But it’s not a good putt and it misses wide left. That was a must-make birdie. He stays at -1.

Rahm’s been flushing his irons but his putter has been ice cold so far on moving day. Until the 7th hole!

Tougher birdie look than at the 5th and 6th but from 18 feet, the reigning champion hits it on line and it’s in the heart of the hole. Birdie to move to -4, a tie for 2nd with the gettable par-5 8th up next.

Without doubt the key shot so far today has been Scottie Scheffler’s 100-yard, pitch-in eagle at the par-5 8th.

Spectacular from the front-on angle as well.

Just to clear up a couple of bogeys.

Matt Fitzpatrick did save bogey at 10 with a nice up and down from the rough, while Aaron Wise bogeyed the 7th.

Collin Morikawa looks frustrated at himself as he falls back to -4. His tee shot at the par-3 6th finds the bunker, it’s a good sand escape but his 12-foot putt for par is jabbed at and misses.

Scottie Scheffler now has a two-stroke lead again at -6.

Matt Fitzpatrick in big trouble at the 10th. He’s battling to save bogey.

His tee shot ends up on the top some rocks. Puddingstone rock I believe it’s called in this neck of the woods. He’s lucky to have a shot at all, truthfully and he’s able to get out on the fairway.

189 to the hole and he misses the green right. From the rough, he’ll have to hole it for par or, hopefully, be able to get up and down to at least save bogey

The putter really not behaving for Jon Rahm. A seven-foot birdie look at 5 doesn’t drop and then a ten-footer at 6 after a world-class iron shot into the green is jabbed at by the Spaniard and never looks close.

He looks frustrated, rightly so, and those are shots left out there.

US Open 2022: Third round leaderboard update

Great bounceback by Collin Morikawa. He responds to his bogey at 4 with a birdie at 5.

The tee shot isn’t great but he has a nice lie from the rough and uses the strength of his game, the irons, to put an approach close to the hole. Rolls in the birdie and he’s at -5, a shot behind Scheffler.