US orders consular to leave Shanghai amid COVID outbreak 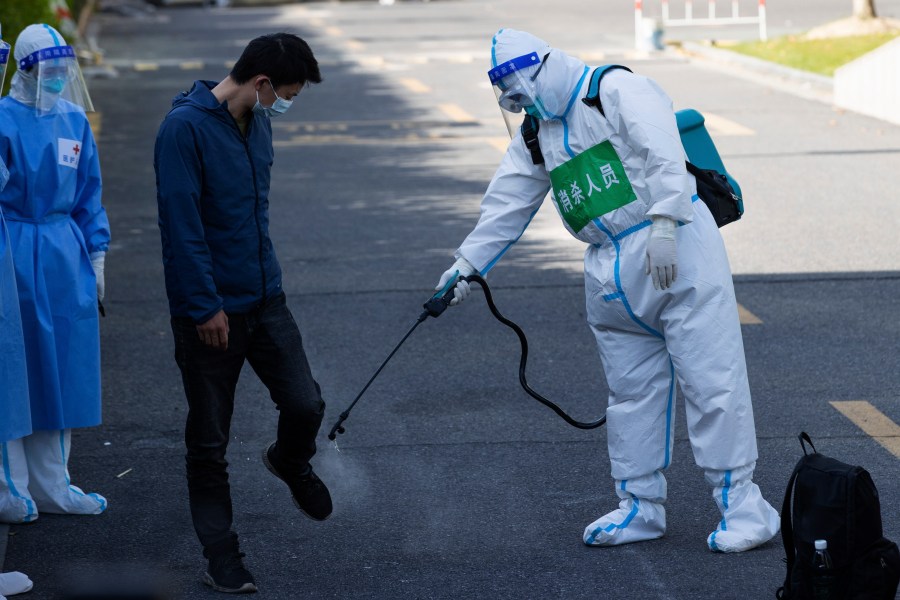 BEIJING (AP) — The U.S. has ordered all non-emergency consular staff to leave Shanghai, which is under a tight lockdown to contain a COVID-19 surge.

The State Department said the order is an upgrade from the “authorized” departure issued last week that made the decision voluntary.

In its late Monday announcement, the department said, “Our change in posture reflects our assessment that it is best for our employees and their families to be reduced in number and our operations to be scaled down as we deal with the changing circumstances on the ground.”

The department also issued a series of advisories for Americans in Shanghai, including that they ensure they have a “sufficient supply of money, medication, food, and other necessities for your family in the event of sudden restrictions or quarantine.”

Many residents in the city of 26 million have been confined to their homes for up to three weeks. Many describe an increasingly desperate situation, with families unable to leave their homes or obtain supplies of food and daily necessities, while people who test positive for the virus have been forced into mass quarantine centers where conditions have at times been described as crowded and unsanitary.

Despite the complaints, China has stuck to its “zero-COVID” strategy of handling outbreaks with strict isolation and mass testing.

China’s government and the entirely state-controlled media are growing increasingly defensive about complaints over the COVID-19 prevention measures.

In that announcement, the State Department advised Americans to reconsider traveling to China due to “arbitrary enforcement” of local laws and COVID-19 restrictions, particularly in Hong Kong, Jilin province and Shanghai. U.S. officials cited a risk of “parents and children being separated.”

Despite that, and indications the hardline policy is being dictated by head of the ruling Communist Party Xi Jinping, China has rejected any notion that its response is political in nature. Xi has demanded social stability above all else in the runup to a key party congress later this year at which he is expected to bestow on himself an unprecedented third-term as party leader.

Shanghai authorities also say they have secured daily supplies for residents, following complaints about deliveries of food and other necessities.

Residents have resorted to group buying of groceries because they are not allowed to leave their buildings, with only partial success in obtaining needed items.

Shanghai says it will gradually lifted some restrictions on neighborhoods where no new infections have been reported over the past two weeks. Residents will be able to travel around their districts but not meet in groups. Others will be restricted to their immediate neighborhoods.

The capital, Beijing, has seen relatively few restrictions, although the Erjiefang neighborhood including the famed 798 art district has been cordoned off and classified as high risk after eight infections were reported there over the past two weeks.

China is facing one of its worst local outbreaks since the pandemic began. China is still mostly closed to international travel, even as most of the world has sought ways to live with the virus.

Mets bullpen melts down against Phillies after Taijuan Walker, Trevor May leave with injuries – Boston Herald