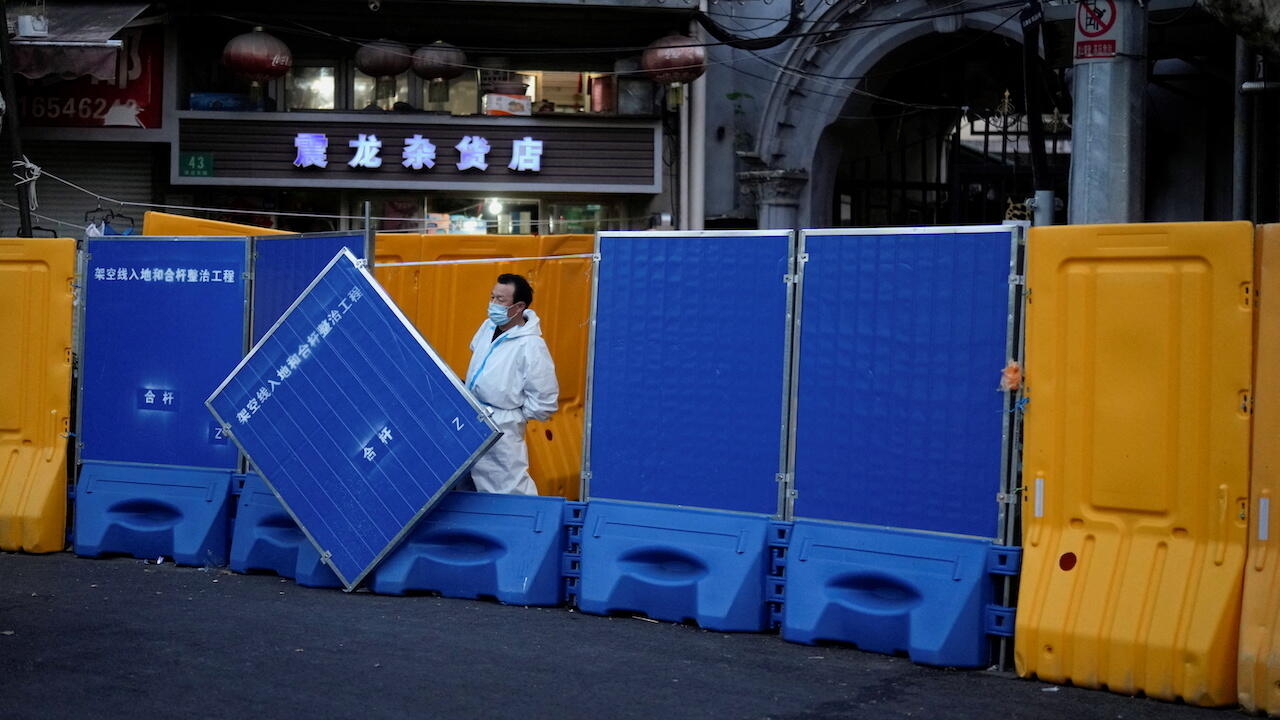 The United States announced Tuesday it had ordered all non-essential employees at its Shanghai consulate to leave, while voicing concerns for the safety of Americans in China as the government enforces hard lockdowns to contain Covid-19.

China has stuck tightly to a policy of “zero Covid”, aiming to eliminate infections through rigid lockdowns, mass testing and travel restrictions.

But the policy has come under strain since March as more than 100,000 cases in Shanghai have led to a lockdown of the city’s 25 million inhabitants, sparking widespread public outcry over food shortages and an inflexible policy of sending anyone who tests positive to quarantine centres.

The US State Department “ordered the departure due to the ongoing Covid-19 outbreak”, a spokesperson from its Beijing embassy said in a statement.

American diplomats have also raised “concerns about the safety and welfare of US citizens with People’s Republic of China officials,” the statement added.

Most of its residents remain under strict lockdown, although some who live in neighbourhoods deemed a low virus risk have been allowed outside their homes, sparking scenes of jubilation shared on Chinese social media.

>> In pictures: Shanghai and its 26 million people under lockdown to curb the spread of Covid-19

The US embassy said last week it would permit non-essential employees to leave its Shanghai consulate due to the case surge, warning citizens in China they may face “arbitrary enforcement” of virus curbs.

The State Department is now ordering employees to leave, as “it is best for our employees and their families to be reduced in number and our operations to be scaled down as we deal with the changing circumstances on the ground,” the spokesperson said in the statement.

China has hit back against US complaints about the Shanghai lockdown, with Chinese foreign ministry spokesman Zhao Lijian on Saturday slamming the United States’ “groundless accusations” and insisting that China’s policy was “scientific and effective.”

Authorities have readied tens of thousands of new beds in more than 100 makeshift hospitals as part of a policy of isolating every person who tests positive for the virus – whether or not they show any symptoms.

Locals have begun to chafe at lockdown restrictions, with many taking to social media to vent anger at food shortages and heavy-handed controls – including the recent killing of a pet corgi by a health worker.

But officials are not budging on their zero-tolerance approach.

City health official Wu Qianyu said during a Sunday press conference the city “would not relax in the slightest”.

Major online delivery platforms said they would bolster food stocks and draft thousands of drivers to strengthen the supply of basic goods.