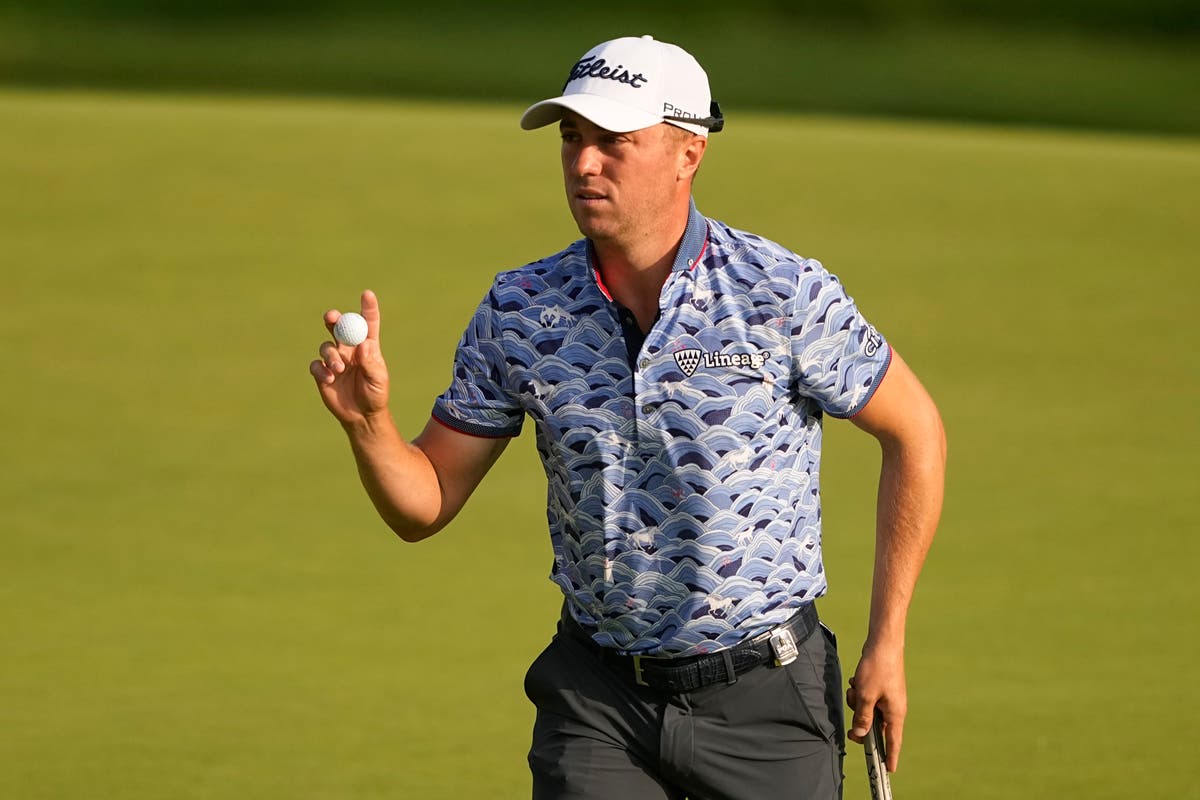 Follow all the action as Rory McIlroy takes a one-shot lead into the second round of the PGA Championship at Southern Hills.

The Northern Irishman finally got off to the flying start he’s been missing at the majors in recent years, with a spectacular round of 65 giving him a slender advantage over a strong chasing pack. Will Zalatoris and Tom Hoge start the day one back, while Justin Thomas, Xander Schauffele and Matt Kuchar are among the other notable names in close pursuit.

Scottie Scheffler was the pre-tournament favourite after his Masters win but the American’s disappointing opening round of 71 leaves him six shots back. There was little fortune for world No 2 Jon Rahm either as a round of 73 all but eliminated his chances of winning a second major. Tiger Woods made a promising start but tailed off badly as his iron-play wavered and the 15-time major champion is now fighting to make the cut.

Solid play from Brooks Koepka who’s having a decent front nine. He picks up birdies on the third and the par-5 fifth to move up to (+2), two-under for the day.

There’s a bit of frustration from Jon Rahm (+2) as he leaves his birdie putt on the third short of the hole. It was a chance to get back the shot he dropped with a bogey on the second.

Joaquin Niemann (-4) completes his first nine holes with a par on the 18th to hit the turn two-under for the day.

As one Irishman struggles another is thriving. Seamus Power (-1) steadily worked his way thru the front nine at level par but birdies on the 10th and the 13th puts him under par for the tournament.

Oh yes! Lovely putt from Joaquin Niemann to roll his birdie putt in on the 370 yard par-4 17th. He’s back to within one shot of the lead.

Shane Lowry (+1) is having a shocker. He picked up a bogey on the second and follows that up with a double bogey on the fourth having left his third shot in the sand.

Justin Thomas (-4) has been very composed since his drop shot on the 14th. He’s since recorded seven consecutive pars without a great chance to make birdie. It isn’t easy out there with the wind gusting but he’s making it look so.

Oof! Jon Rahm. After an opening nine holes with a steady one-under par, the Spaniard bombs his drive on the first hole 418-yards right into the middle of the fairway. He follows it up with a wedge to within a foot then knocks it in for another birdie.

Rahm’s (+1) two-under today and starting to build a bit of momentum.

Bernd Wiesberger is slowly making a move. He’s three-under thru six holes today and is back in the red at (-1). He’s going along very nicely indeed and is one to keep an eye on.

Contrasting fortunes for Tommy Fleetwood on 13 and 14. He makes fine birdie on the par-5 but is wayward off the tee on the next hole and gives the shot straight back. He’s still one-under for the day though.

After a run of five decent holes with two birdies and three pars Joaquin Niemann picks up a bogey on the par-4 15th to drop back to (-3).

Brilliant from Rahm (+2) who dinks his chip out of the bunker on 18 and leaves it inside five feet to save par. Scottie Scheffler (+1) leaves his birdie putt short but Collin Morikawa (+3) bogeys after finding the water and taking a drop.

Parts of Spain on alert amid ‘extreme’ May temperatures