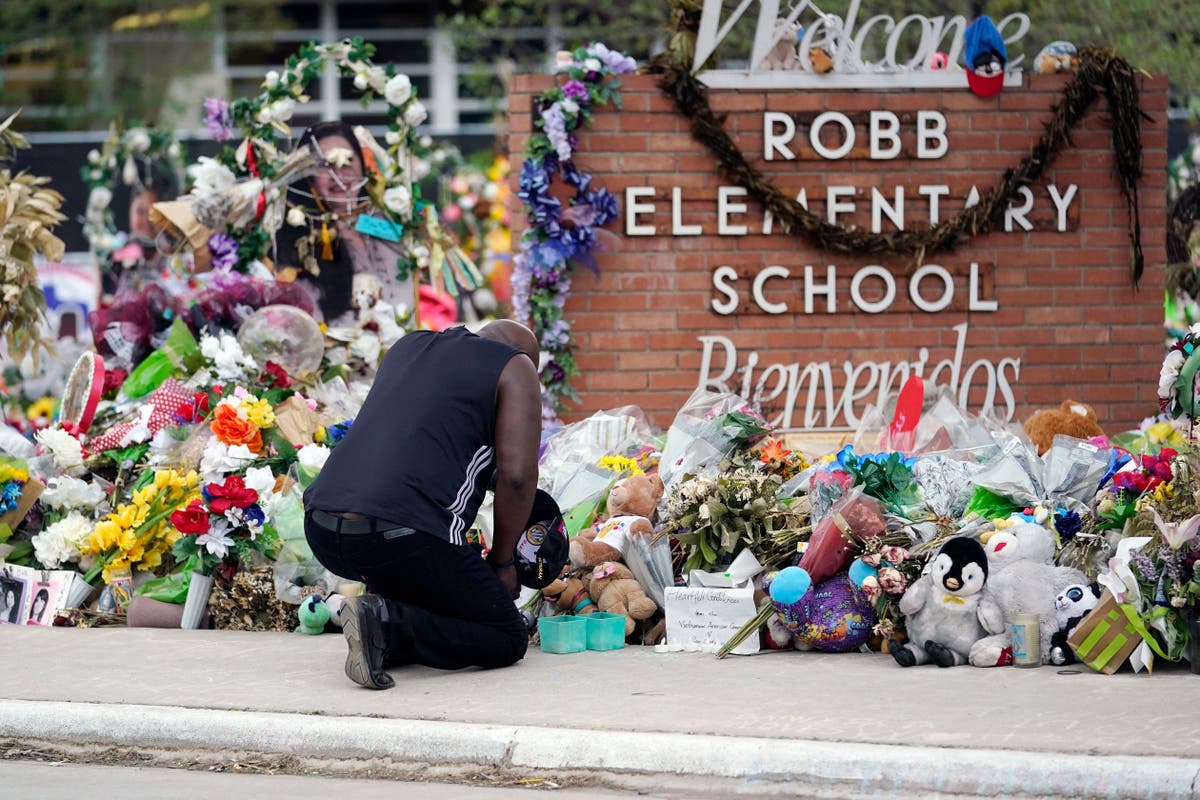 A Uvalde police officer armed with an AR-15 rifle hesitated and missed a critical chance to shoot gunman Salvador Ramos before he entered a school, killing 21 innocent students and staff, according to a damning new report.

Zavala county Chief Deputy Sheriff Ricardo Rios told the New York Times that two Uvalde police officers arrived on the scene of the shooting at Robb elementary school moments after Ramos crashed his car and opened fire outside the building.

One of the officers was armed with a rifle but did not take a shot at the gunman because they feared hitting children playing outside in the line of fire.

This revelation indicates that there were at least two points where officers could have stopped Ramos before he entered the building and embarked on the massacre – but that law enforcement failed in both instances.

Officials said previously that a school district police officer mistakenly drove past the gunman while he was still in the parking lot.

Instead, Ramos was able to enter the school where he shot dead 19 students and two heroic teachers.

Some 77 minutes would then pass before law enforcement finally entered a barricaded classroom filled with dying victims and shot the gunman dead.

The first 911 call was made at 11.29am on 24 May reporting a gunman shooting outside the school building and a vehicle crashed nearby.

By 11.32am, two police cars had arrived on the scene – one driven by the school police officer and the other by the two unnamed Uvalde police officers, reported the New York Times.

At that time, Ramos was still outside the school, shooting at the building and across the street at a local funeral home.

Chief Deputy Rios told the newspaper that the gunman “engaged” the two Uvalde officers who then took cover behind a patrol car.

He said that the officer with the AR-15 told him he wanted to return fire but “in the background there was kids playing and they were scared of hitting the kids”.

The opportunity to take out the gunman passed by in a matter of seconds.

The chief deputy sheriff said he was not “bashing” the officer, saying it would have been difficult to strike the moving gunman and avoid shooting a bystander – possibly a small child.

However, the new details raise more pointed questions about the bungled police response to the deadliest shooting in a US elementary school since Sandy Hook in 2012.

Law enforcement officers waited one hour and 17 minutes from the time the shooting started inside the school at 11.33am before a Border Patrol tactical unit stormed the classroom and shot Ramos dead at 12.50pm.

During that time, terrified students called 911 from inside the room begging for help and desperate parents tried to storm the building themselves after growing irate with the police delay.

The significant time lapse may well have cost lives as it emerged that more than a dozen of the 33 children and three teachers trapped inside the two adjoining classrooms were still alive during that time.

One teacher died in an ambulance on the way to hospital while three of the children died after reaching hospitals.

At least three separate investigations have been launched into law enforcement’s handling of the situation, including by the Texas Rangers, the US Justice Department and a special committee of the Texas Legislature.

The city of Uvalde and its police department have stopped releasing information about the shooting to the public and is fighting public records requests made by several media organisations for the likes of 911 calls and bodycam footage.

Last week, Uvalde School District Police Chief Pete Arredondo – who was in charge of the response that day – broke his silence in an interview with The Texas Tribune, claiming he did not know he was the senior officer on the scene.

The massacre at Uvalde came just 10 days after 10 Black people were shot dead by a self-proclaimed white supremacist in a grocery store in Buffalo, New York.

In both shootings, the 18-year-old suspects used semi-automatic rifles.

The recent killings have reignited calls for lawmakers to tighten gun regulations to stop more families from being torn apart by the nation’s growing numbers of mass shootings.

This week, a bipartisan group of senators said they had reached a deal on a package of narrow gun safety measures.

The deal includes expanding background checks for people aged 18 to 21 and more money for school safety and mental health resources.

However, it does not include the ban on assault weapons that many are calling for, after high-capacity rifles were used in the recent attacks to kill multiple people.